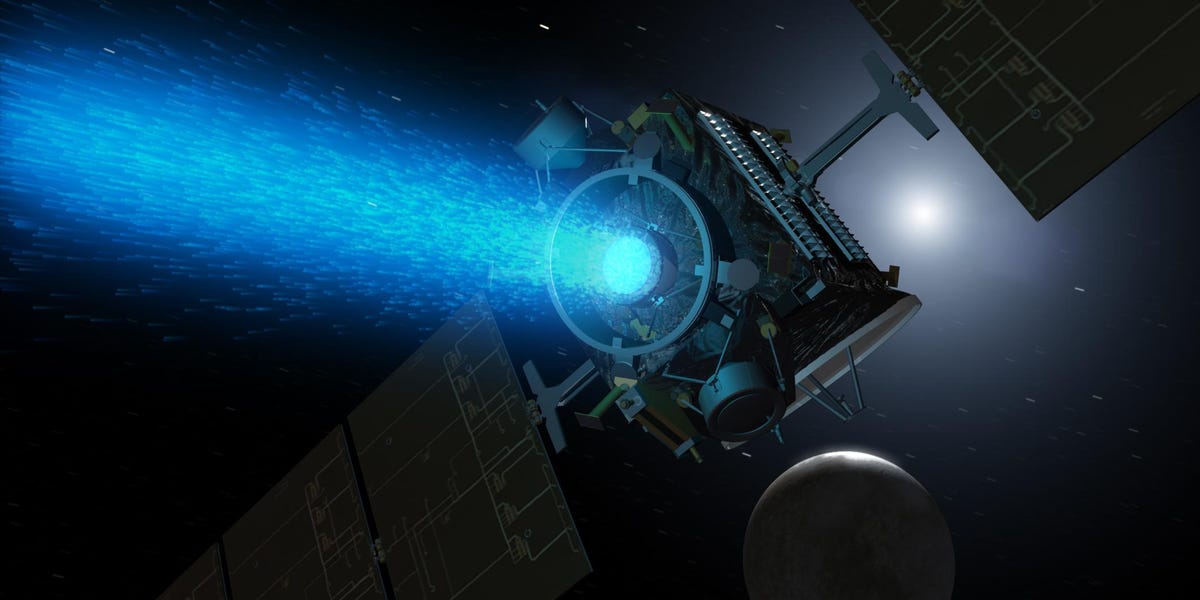 Update: NASA lost contact with Dawn after October 31, possibly because the probe ran out of fuel. This led to the space agency declaring that the mission was officially over.

The only NASA robot exploring the asteroid belt is on the verge of death, the space agency explained during a live event on Friday.

However, the Dawn probe performed one final maneuver this summer that helps create surface maps of a dwarf planet – information that can be used to land a future mission to the far world.

Dawn was launched in 2007 and became the first NASA mission to use super efficient ion thrusters. During its multi-year journey into deep space, the robot found itself in the asteroid belt, the mysterious and vast area between Mars and Jupiter. There he studied the two largest objects in the region: Ceres and Vesta.

Dawn first reached Vesta, in July 2011. Researchers consider Vesta, the second largest object in the asteroid belt, as a “time capsule” for the formation of planets because it did not managed to become something bigger after the birth of the solar system.

After a year of exploration in Vesta, Dawn propelled to Ceres, a dwarf planet the size of Texas, where she arrived in March 2015. Since then, Dawn has made several major discoveries on the 592 ice ball. miles wide, including an ice volcano, shiny salt deposits, and other features that suggest a giant ocean may be lurking beneath the world’s cratered crust – possibly one that could harbor alien microbes.

NASA has since used most of Dawn’s remaining fuel to slip into an orbit that zooms within 22 miles of Ceres’s surface about once a day.

These flyovers are about 10 times closer than the International Space Station orbiting above Earth and have led to the sharpest and clearest images of the dwarf planet to date.

“That orbit was like putting on your glasses if you can’t see very well – suddenly all of these rich details show up,” said Carol Raymond, Dawn’s principal investigator and planetologist at NASA’s Jet Propulsion Laboratory. at the press conference on Friday. “This will give us some insight into what’s going on with the plumbing system below the surface.”

However, these unprecedented images and other data come at a cost: Dawn dying before the end of the year.

Why Dawn is now doomed

Using Dawn’s fuel to reach such a close orbit essentially stuck the spacecraft in Ceres.

“The current orbit is expected to be stable for 50 years,” Mark Sykes, director of the Planetary Science Institute and Dawn mission scientist, told Business Insider in an email. “There is no urge to change orbit – and no juice.”

Dawn uses her “juice” to stay fueled and talk to NASA. Thus, the use of the last thruster will silence the probe forever.

“He’s going to struggle for a short time, but he’ll be helpless,” wrote Marc Rayman, Dawn’s chef de mission and chief engineer, in an August 22 blog post. “Unable to point his solar panels producing electricity at the sun or his radio antenna at the Earth, the seasoned explorer falls silent and will no longer explore. His expedition will be over.

Rayman said on Friday that Dawn could shut up in about a month.

“We can’t determine this with exquisite precision,” he told Business Insider at the press event, adding that he was likely to run out of thruster (and stop talking to Earth ) “between the middle of this month and the middle of October.”

But the team, while saddened by the spacecraft’s imminent demise, count its blessings, as the expedition was supposed to last nine years but has lasted for almost 11. In addition, Dawn continues to take high-resolution images of the surface. once every 27 hours.

Once the probe runs out of fuel, it won’t spiral down and crash into Ceres for at least 20 years. In fact, Rayman said, the team’s analysis shows there is a “greater than 99%” chance that Dawn will stay in her current orbit for half a century, “and most likely longer than that.” .

NASA wants to bring a sample of Ceres back to Earth

Rayman said the 20-year collision-free minimum was a core requirement of the Dawn mission.

That’s because NASA’s planetary protection office, which is trying to prevent the contamination of other worlds with microbes from Earth, thinks two decades should be enough for the agency to organize another mission to Ceres. A new probe could then search for signs of life without worrying about contamination by Earth microbes stuck to Dawn when she crashed.

Jim Green, NASA’s chief scientist, said the agency had convened task forces to develop a plan to send a robot to the surface of Ceres, possibly near a vent, where it could probe salts and other materials – and maybe even send samples from the dwarf planet to Earth.

“We will determine over the next decade whether any of these missions actually return to Ceres,” Green said on Friday.

The stakes are high as researchers discover more water and organic compounds elsewhere in the solar system – ingredients that may support rudimentary forms of alien life.

“We know that there is an active geological cycle that brings material from the depths [inside] down to the surface, “said Carol Raymond.” This gives us the opportunity to sample some of Ceres’ internal material. “

As Dawn continues to accumulate high-resolution images of the surface of Ceres, the case for collecting a sample from the dwarf planet could be reinforced.

“The holy grail of any planetary science mission is sample feedback, but it’s also very difficult,” Raymond said. “With an object like Ceres, you really want to know where to sample.”

This story has been updated with new information. It was originally posted at 1:27 p.m. ET on September 7, 2018.