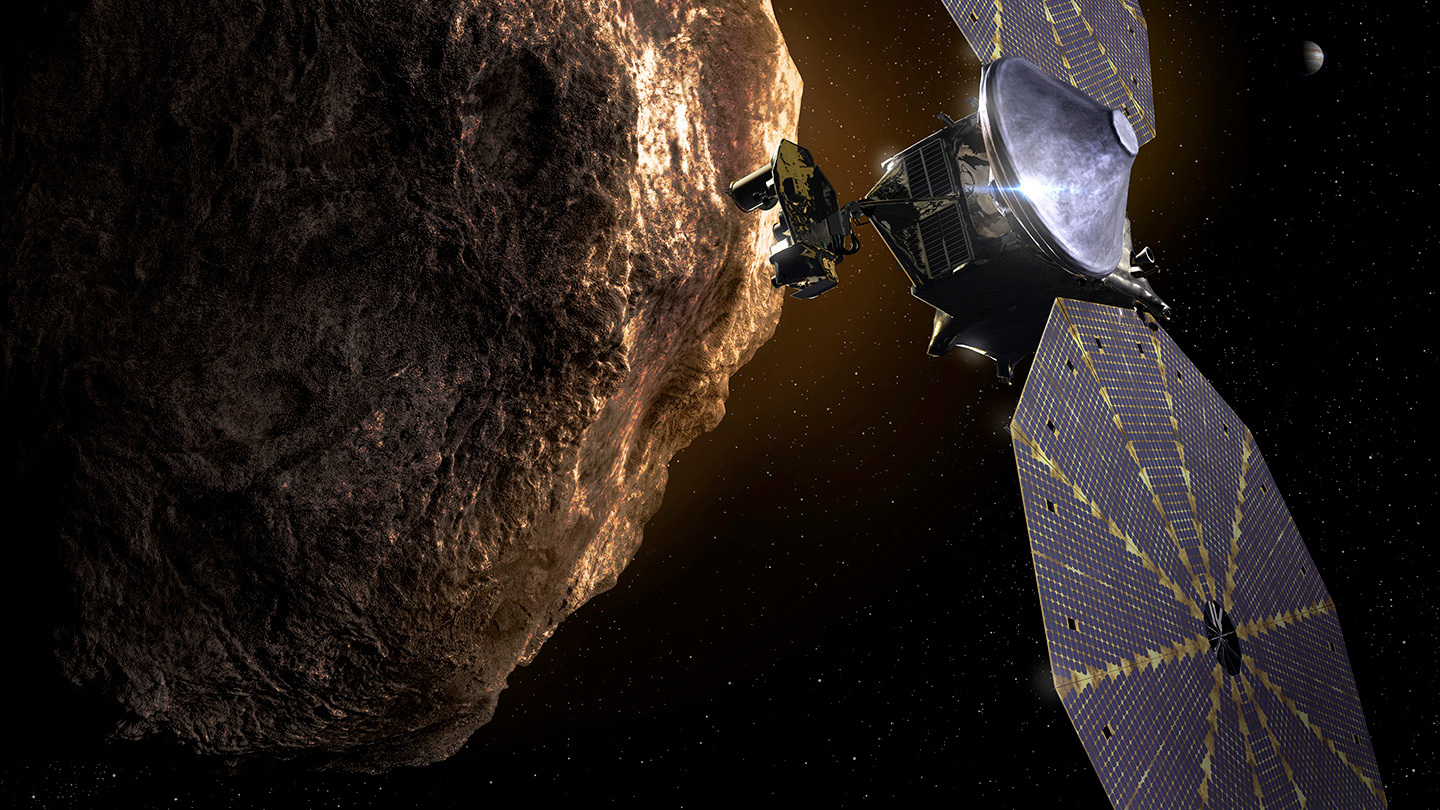 This page presents our resources for those who want to learn more about Mission Lucy. It includes activities that can be done at home as well as videos, animations, stories and articles.

Follow the Lucy Mission via #LucyMission and @NASASolarSystem on your favorite social media platform.

Meet Lucy as she prepares for the very first voyage to the Trojan asteroids, a population of small, primitive bodies orbiting in tandem with Jupiter. â€œLucy’s Journeyâ€ premieres September 9, with new episodes every Thursday.

Scientists and engineers on NASA’s Lucy mission share their excitement about visiting Trojan asteroids, what it’s like to work on a NASA mission, and what Lucy will find out about the history of our solar system.

Episode 1 of 5 – “Exploring the Solar System”

Lucy mission to the Trojan asteroids

NASA’s Lucy mission will be the first to visit the Trojan asteroids, a population of primitive asteroids orbiting in tandem with Jupiter. These are remnants of planetesimals – the primitive building blocks that formed the planets – that were captured in two regions, near the points where the gravitational influence of Jupiter and the Sun equilibrate. These primitive bodies hold essential clues to decipher the history of the solar system, and possibly even the origins of organic matter on Earth.

Launched on October 16, 2021, Lucy will be the first space mission to study Trojans. The mission takes its name from the fossilized human ancestor (called “Lucy” by its discoverers) whose skeleton provided a unique insight into the evolution of humanity. Likewise, the Lucy mission will revolutionize our knowledge of planetary origins and the formation of the solar system. Lucy will be on a 12-year journey to eight different asteroids – one main belt asteroid and seven Trojans, four of which are members of two-for-one binary systems.

You can explore this mission by making your own Lucy spaceship out of paper.