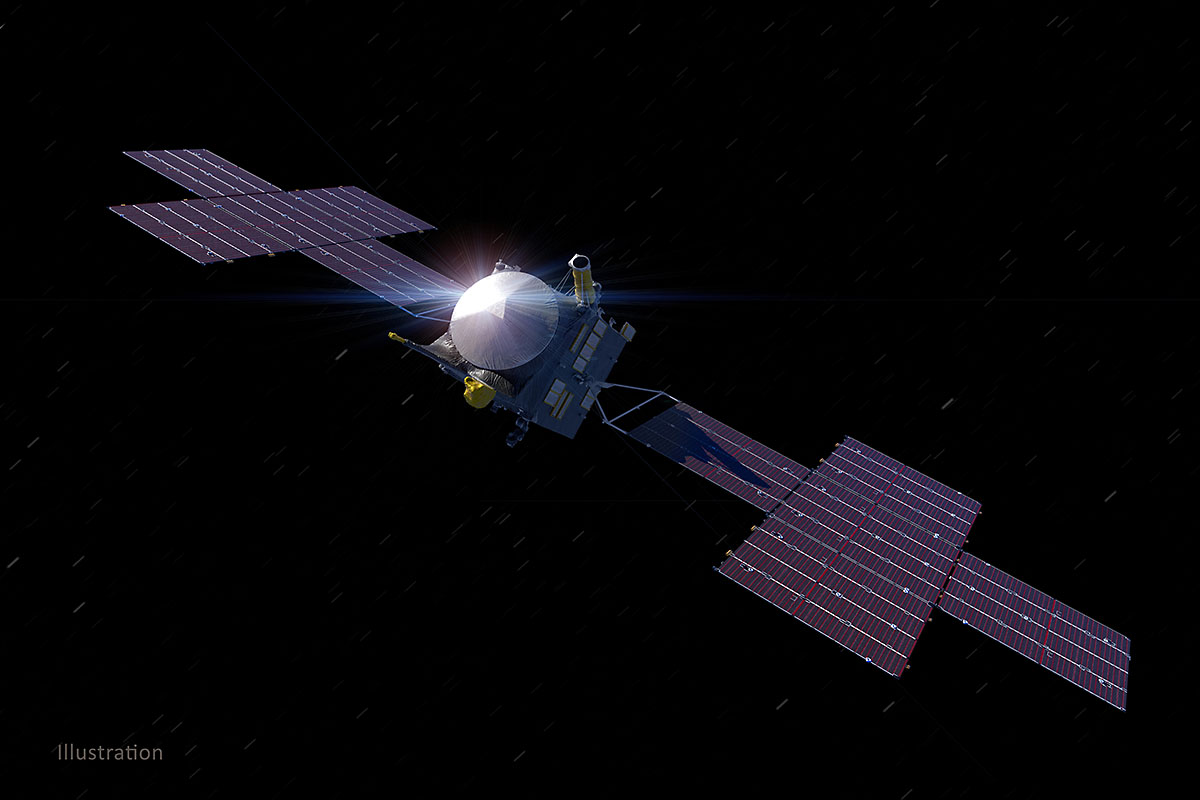 The spacecraft will begin its final approach to the asteroid at the end of 2025. As the spacecraft approaches its target, the mission team will turn on its cameras and the visual of the asteroid Psyche will transform. of the blurry spot that we now know in high definition, revealing for the first time the surface characteristics of this strange world. The imagery will also help engineers find their bearings as they prepare to enter orbit in January 2026. The spacecraft’s initial orbit is designed to be at a high and safe altitude, about 700 kilometers above of the asteroid surface.

The psyche appears to be lumpy, wider (173 miles, or 280 kilometers, at its widest point) than it is from top to bottom, with uneven distribution of mass. Some parts may be less dense, like a sponge, and others may be more compact and more massive. The parts of Psyche with more mass will have a higher gravity, exerting a stronger pull on the spaceship.

To solve the mystery of the gravity field, the mission team will use the spacecraft’s telecommunications system. By measuring the subtle changes in X-band radio waves that bounce between the spacecraft and the large antennas of the Deep Space array around Earth, engineers can accurately determine mass, gravity field, rotation, orientation and the oscillation of the asteroid.

The team worked out scenarios and designed thousands of “Possible Psyches” – simulating variations in the density and mass of the asteroid, and the orientation of its axis of rotation – to lay the foundation for the orbital plane. . They can test their models in computer simulations, but there’s no way of knowing for sure until the spacecraft actually gets there.

All this with the aim of solving the puzzles of this unique asteroid: where does the Psyche come from, what is it made of and what does it tell us about the formation of our solar system?

“Humans have always been explorers,” said Elkins-Tanton. “We’ve always started from where we are to find out what’s on top of that hill. We always want to go further; we always want to imagine. It’s inherent to us. We don’t know what we’re going to find and I expect us to be completely surprised.

ASU is leading the Psyche mission. JPL is responsible for the overall mission management, systems engineering, integration and testing, and mission operations. The mission phase – known as assembly, test and launch operations – is currently underway at JPL.

JPL is also providing a technology demonstration instrument called Deep Space Optical Communications that will fly over Psyche to test high-speed laser communications that could be used by future NASA missions.

Psyche is the 14th mission selected under NASA’s Discovery Program.