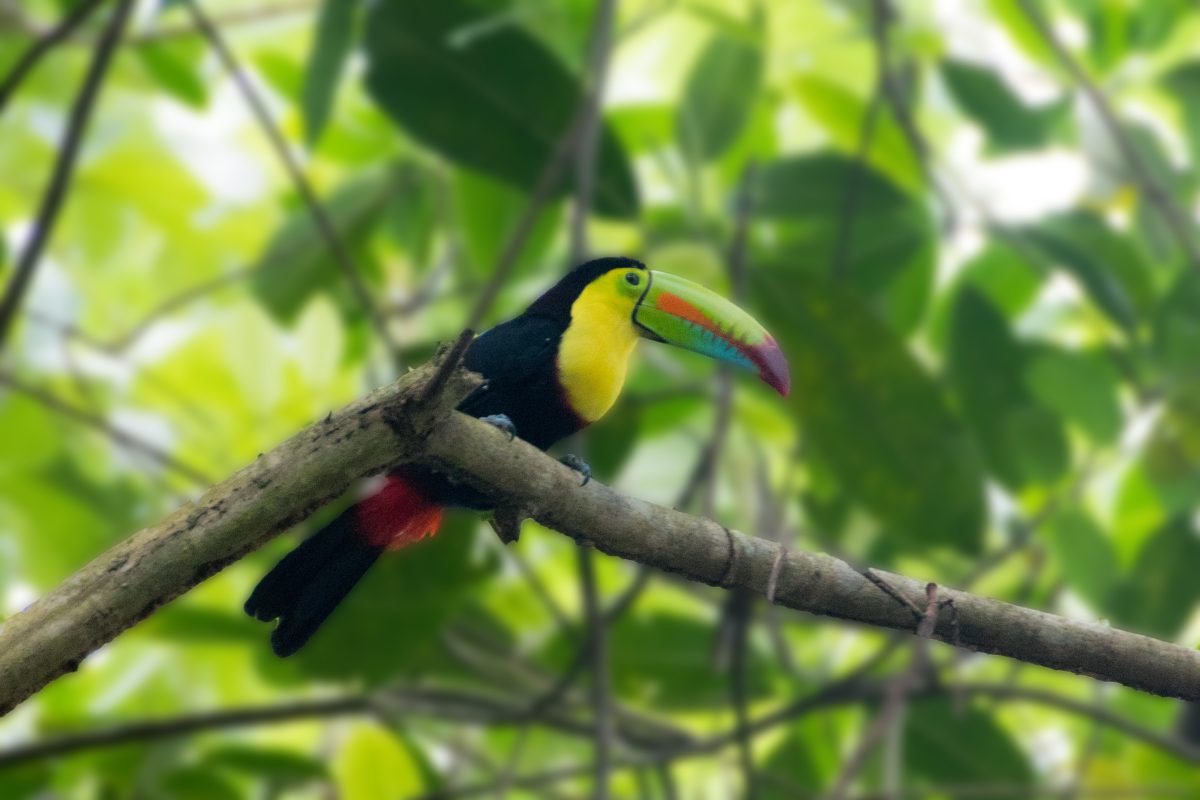 Nature now has “the right to exist” in Panama

Panama is the latest nation to officially recognize the rights of nature. After a year of debate in the country’s National Assembly, President Laurentino Cortizo signed legislation that recognizes the Panamanian ecosystem as “a unique, indivisible, and self-regulating community of interdependent living things, elements, and ecosystems that supports, contains and reproduces all beings.

Congressman Juan Diego Vásquez Gutiérrez spoke to Inside Climate News and explained that this new law will effectively protect the environment by giving organizations the legal power to enforce its rights. “For a country as rich in biodiversity as Panama, caring for nature is a step in the right direction,” he said. “It will open up economic opportunities, like in Costa Rica, for tourism involving nature and for sustainable development.”

Panama’s rich biodiversity has been hanging by a thread for some time. A 2019 study found that the country’s wildlife population is declining due to intensive agriculture and other forms of human development. The study, which focused on nine medium-to-large land mammals, found that the animals were forced to live in small patches of forest surrounded by crops, cattle ranches and roads. “Habitat fragmentation impedes animal movement and gene flow between populations,” lead author Ninon Meyer told Scientific American, “which can harm their long-term survival.”

The legislation takes into account the destructive hand of mankind and obliges the government to respect the rights of nature in all development programs or schemes. Additionally, government agencies are legally required to develop policies and manufacturing processes that actively protect the country’s ecosystem.

We can wonder about the effectiveness of the law when we look at the countries that have already implemented legal means to protect nature. In 2008, Ecuador was the first country to grant constitutional rights to nature. A decade after the legislation was enacted, mining company ENAMI EP was allowed by lower courts to mine 68% of Los Cerdos Protected Forest. A biodiversity hotspot, Los Cerdos is home to endangered frogs, spectacled bears, rare plant species and the brown-headed spider monkey. In a bid to prove that the legislation was more than just a paper tiger, the case was taken to the higher courts, which only recently ruled that the constitution should stand. Despite this victory for local wildlife and indigenous communities, the Ecuadorian mining giant expects four major mining projects to start by 2025.

While progress can sometimes lag due to economic expansion, citizens and organizations in Panama have been given a tool with which to gain a powerful boost. The new legislation will come into force in 2023 and local experts hope it will inspire bigger things. “Nature knows no national boundaries,” marine conservation biologist Callie Veelenturf told Grist. “We hope this new legislation will inspire other countries to take similar steps to come up with legislation on the rights of nature.”

Public funding gives us a greater chance to continue to provide you with high quality content.Click here to support us

For more content about animals, earth, life, vegan food, health and recipes published daily, subscribe to the Newsletter A Green Planet! Finally, public funding gives us a greater chance of continuing to provide you with high-quality content. Please consider support us by making a donation!