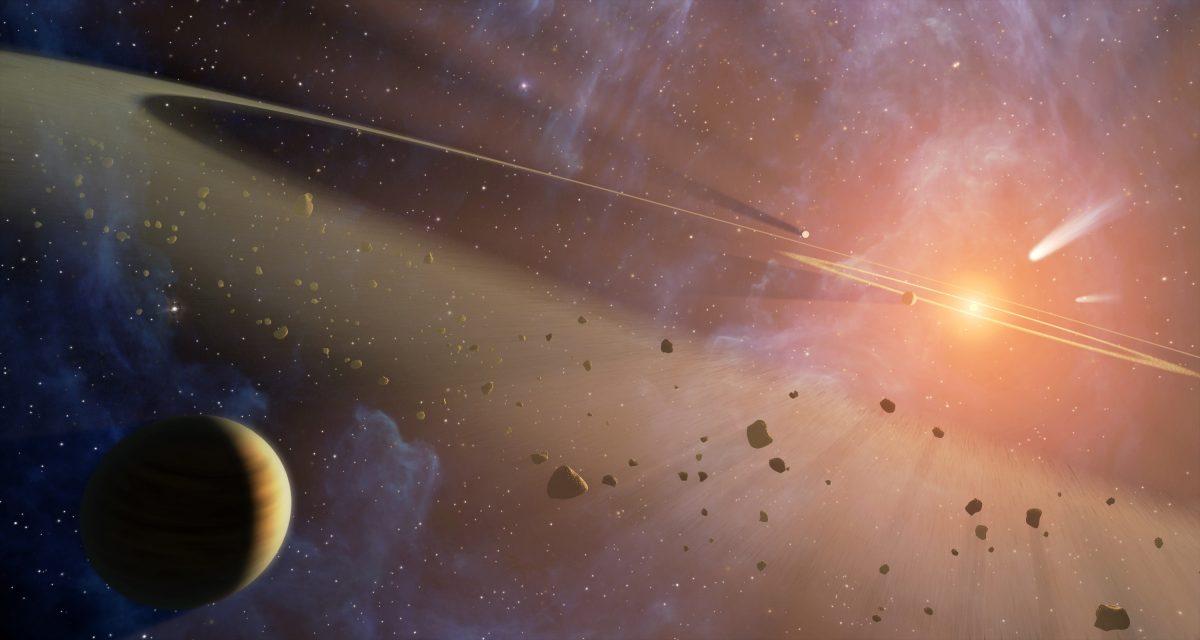 Although our Sun is the only star in our solar system, not all planetary systems are. It is estimated that about half of the stars could be binary, although the exact percentage is still hotly debated. What we do know is that binary stars are common. This raised the question of how planets might form in binary systems.

The usual view of planetary formation is that planets form inside discs of matter around a young star. While such protoplanetary disks are common around single stars, there has been some debate as to whether they are common around binary stars. Although we have observed discs of debris around young binary stars, it has not been clear whether such discs would be stable enough for planets to form. After all, the gravitational interactions between two orbiting stars could make the surrounding region hostile to stable orbits.

Until now, all of the exoplanets we have found around binary stars have been large, Jupiter-like planets. They would have formed in the icy outer regions of the system. But what about rocky Earth-like worlds? Could they have formed closer to the stars where the orbits might not be as stable? A newly observed binary system suggests they might.

The system is called SDSS 1557. It consists of a white dwarf of the mass of our Sun, orbital of a large brown dwarf about 60 times more massive than Jupiter. Recently, astronomers observed a rocky asteroid belt surrounding the system.

This is important for two reasons. First, since the main star is a white dwarf, this is an old system. Our Sun will eventually become a white dwarf, but only after another 5 billion years when it reaches the end of its life. So it’s possible that this asteroid belt has been stable for some time. Lots of time for planets to form. Second, since the asteroid belt is rocky and rich in metals, it could form planets that are much more Earth-like in size and composition.

None of this means that the system actually has rocky planets. In our own asteroid belt, no planet has formed due to the gravitational pull of Jupiter. A similar type of gravitational dance could have occurred near SDSS 1557. But what this discovery shows is that we cannot rule out the possibility that Earth-like planets may exist with two Suns.