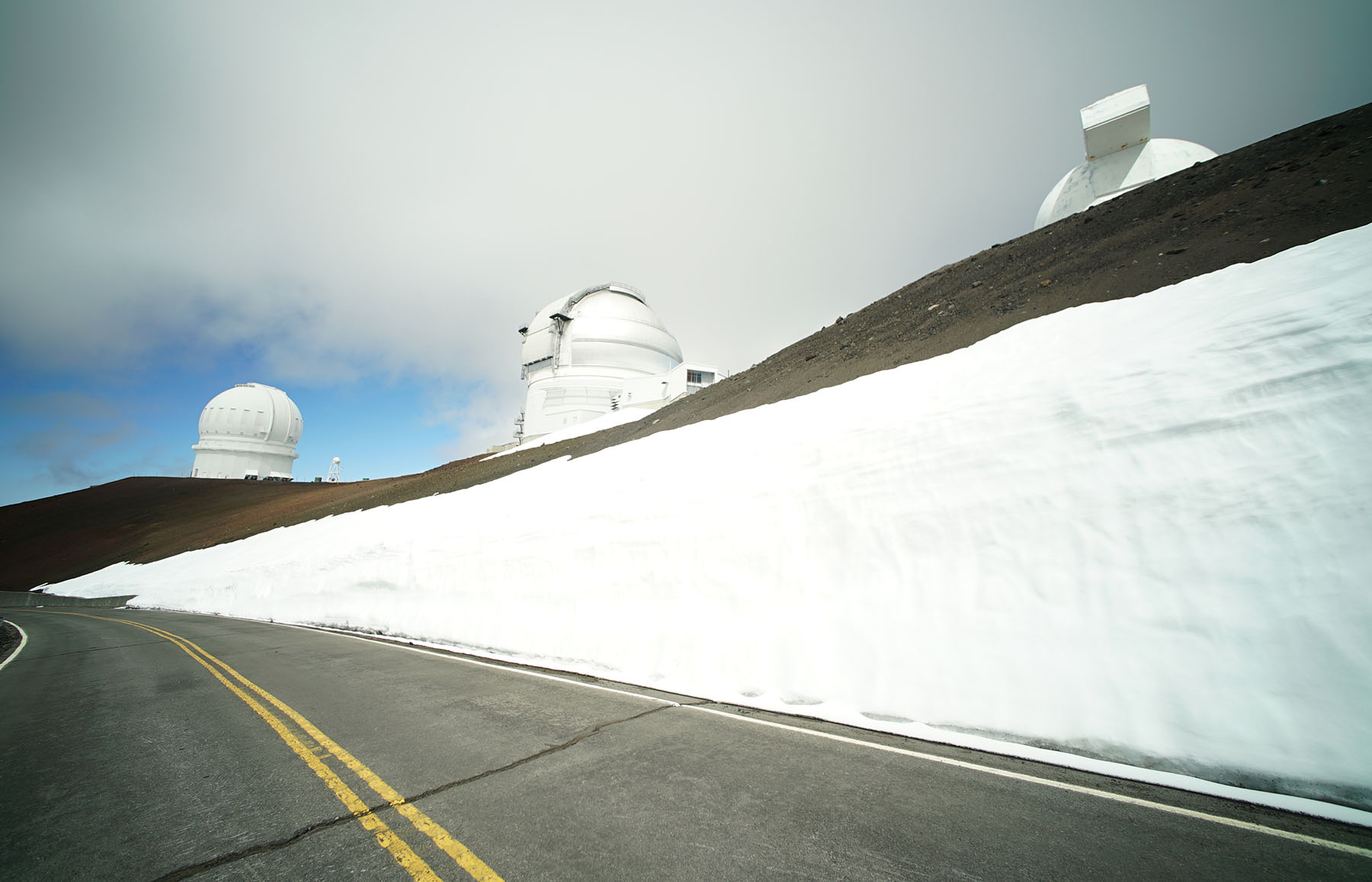 Barely three weeks after taking office, the University of Hawaii’s newest director of astronomy, Doug Simons, is juggling a multitude of issues.

Two telescopes atop Mauna Kea are slated to be demolished. The university is embarking on a renewed effort to balance competing interests atop the mountain considered sacred by many native Hawaiians. And plans are underway that would allow the university to maintain a master lease that paves the way for observatories on the mountain after 2033.

This all follows protests against the Thirty Meter Telescope two years ago that stalled the project, which is now expected to cost around $ 2 billion. Meanwhile, Simons, who took charge of the Institute of Astronomy September 1, runs an institute that has played a pivotal role in many cosmic discoveries in recent years, such as the production of the first images of a black hole and discover the first interstellar object cross the solar system.

In an interview with the Civil Beat Editorial Board on Wednesday, Simons and Greg Chun, Director of Stewardship for Mauna Kea, spoke about new initiatives on the mountain as well as UH’s efforts to better connect with the Hawaiian community. .

While the TMT has gained a lot of attention in recent years, it is not the only major issue on Mauna Kea.

“In the long run, the real problem is supporting Mauna Kea’s astronomy, of which the TMT is a part but not the only way forward,” Simons said.

He added that while the TMT is important for astronomy on Mauna Kea, and although protests against its construction have not helped advance this goal, the bigger issue is ensuring that most existing telescopes on Mauna Kea may operate after 2033.

UH has a 65-year master lease with the state Department of Lands and Natural Resources which is due to expire that year. If that were to happen, all telescopes would have to be removed by then. This is a scenario Simons hopes to avoid. He said the next few years will be crucial in determining the future of Mauna Kea.

Losing the Astronomical District on Mauna Kea would create a “hole in the northern hemisphere sky,” Simons said.

He said all observatories have legally committed to taking their telescopes out of service by 2033 if the main lease is not renewed. This means that decisions must be made around 2025 because, if the lease is not renewed, it would take time to remove the facilities and restore the site.

Before that happens, stakeholders, including BLNR, must weigh in on the new head lease.

“For me, the immediacy, the urgency to solve this problem is at the forefront,” said Simons.

UH is already trying to reduce the number of telescopes on Mauna Kea. A new master plan envisages having only nine telescopes by 2033.

Regarding the conflict over the TMT, Simons urged all parties to find mutual interests rather than trying to run their own agendas.

“If either side wins, everyone loses, to some extent,” Simons said. He said he saw an opportunity for Hawaii to work on an incredibly complex problem “in a way that fuses indigenous ways of knowing and understanding with contemporary science.”

The university has already taken steps in this direction. Simons highlighted a program in which Native Hawaiian scholars give names to newly discovered celestial objects.

Simons and UH Hawaiian language teacher Larry Kimura collaborated on a series of presentations titled The “Physics of the Po” to share their perspective on the Hawaiian creation song, the Kumulipo.

“By the time we’re done in an hour, people are asking ‘What are we fighting for?’ Said Simons. “Because the beauty and synergy captured in Kumulipo’s prelude is breathtaking. And it is a response to a conflict that is neither left nor right. It is completely different.

Sign up for our FREE morning newsletter and be more informed every day.