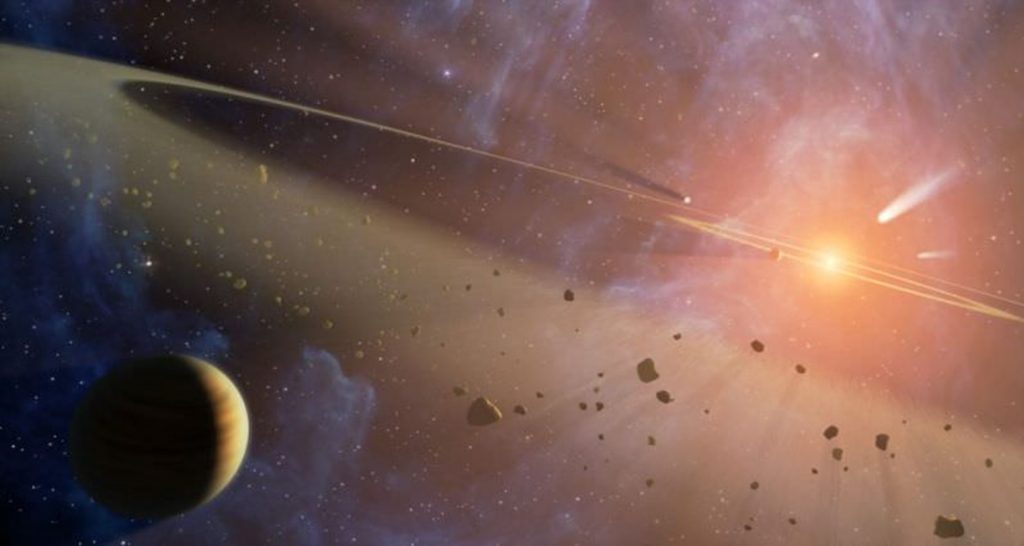 Early astromaterials (i.e., early meteorites, interplanetary dust particles, and micrometeorites) preserve the only surviving samples of the fundamental building blocks of our solar system, providing a unique window into its origins and evolution. Meteorites originate from the asteroid belt, representing the most commonly studied of these astromaterials due to their relatively large sizes. In contrast, interplanetary dust particles (cosmic dust collected in the stratosphere) and micrometeorites (the

Unmelted micrometeorites retain pre-atmospheric records of their parent bodies. Laboratory studies show that many micrometeorites have textural, geochemical, and mineralogical affinities with known classes of primitive meteorites, indicating a similar origin, i.e. C-type (carbonaceous) asteroids. However, some micrometeorites show sufficient differences, such as variations in oxygen (O) isotope compositions, to indicate that they are C-type asteroid fragments not represented in current meteorite classes.

A team of scientists led by Martin Suttle of the University of Pisa, Italy, studied interior structures using micro-CT and oxygen isotope compositions by micrometeorite mass spectrometry. Comparisons between observed textures and known carbonaceous chondrites (early meteorites) indicated that two micrometeorites originated from a 16O-poor, hydrated C-type asteroid with close petrographic and isotopic affinities to the CO-CM clan of carbonaceous chondrites. The results indicated a link either with the CY chondrites, assuming an expansion of the known O isotopic range of this group of chondrites, or with a new group of carbonaceous chondrites. The authors propose a similar origin for previously studied “group 4” molten micrometeorites (cosmic spherules) based on similar oxygen isotopic compositions. This discovery expands the known petrological and isotopic diversity of the asteroid belt and our understanding of environmental processes and conditions in the early solar system. READ MORE