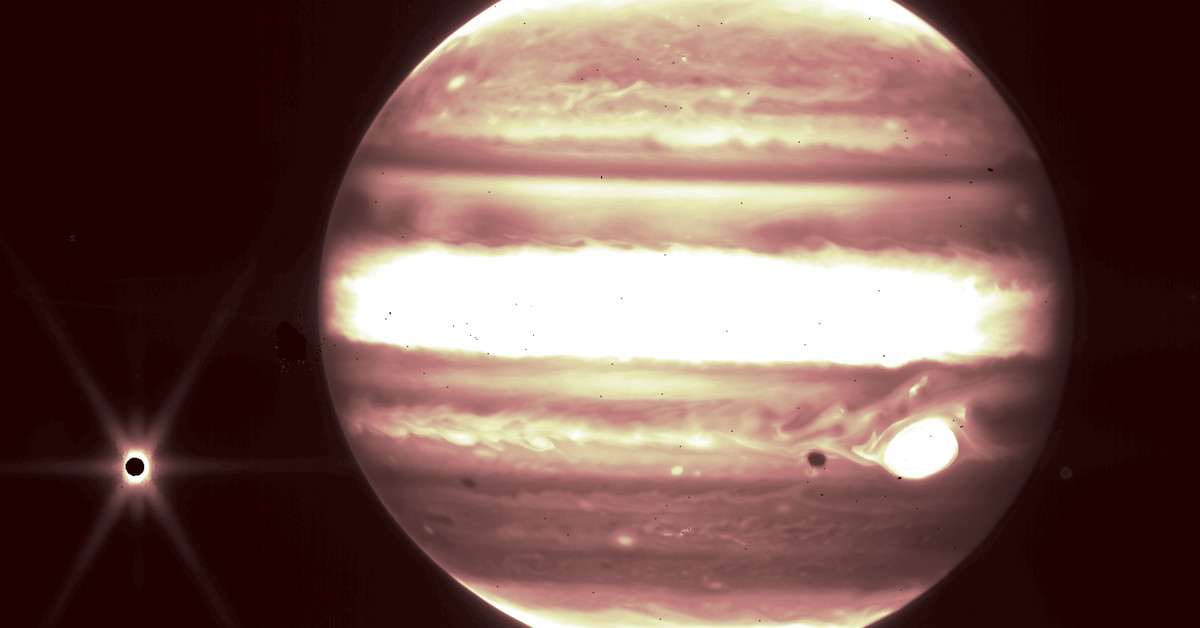 After dazzling the world with the first images from the mighty James Webb Space Telescope this week, NASA released even more photos from the observatory yesterday, this time images of our own solar system. The space agency revealed telescope images of the planet Jupiter, as well as an asteroid, used as reference targets when teams of engineers calibrated the observatory’s instruments.

The images serve as a small teaser of the images we should be getting from our solar system in the months and years to come. The James Webb Space Telescope, or JWST, may be known for its ability to peer into some of the deepest recesses of the Universe, but scientists will also use the telescope to study our own cosmic neighborhood in greater detail.

Because these images of Jupiter were used as guides for JWST engineers, they aren’t as bright as the highly processed color photos NASA released this week of distant nebulae and galaxies. But the images show the kind of precision we can expect from JWST’s images of the outer solar system. Jupiter’s signature storm feature, the Great Red Spot, is clearly visible in the photos, along with the planet’s icy moon, Europa. And Jupiter’s thin rings, which often go unnoticed in images of the gas giant, make a very faint appearance.

The images prove that JWST will be able to see relatively faint objects like the rings and moons surrounding particularly bright planets in our outer solar system, like Jupiter and Saturn. And that’s going to be useful in our ongoing hunt for any signs of near-Earth life. For example, scientists believe that Europa and Enceladus, Saturn’s icy moon, harbor liquid oceans beneath their crust, reservoirs that could hold the right materials for life to exist. JWST may be able to observe these moons and any plumes of icy water erupting below their surfaces, according to NASA.

Photos of an asteroid released by NASA also show JWST’s ability to track fast-moving objects. Scientists want to use the observatory to track objects like asteroids, comets, etc. To test this capability, the commissioning team locked onto an asteroid in the asteroid belt between Mars and Jupiter, proving they could keep tabs on it with JWST. Ultimately, they discovered that the observatory could track objects moving twice as fast as they expected to be able to track. It’s “similar to photographing a turtle crawling when you’re standing a mile away”, NASA wrote in a blog post.