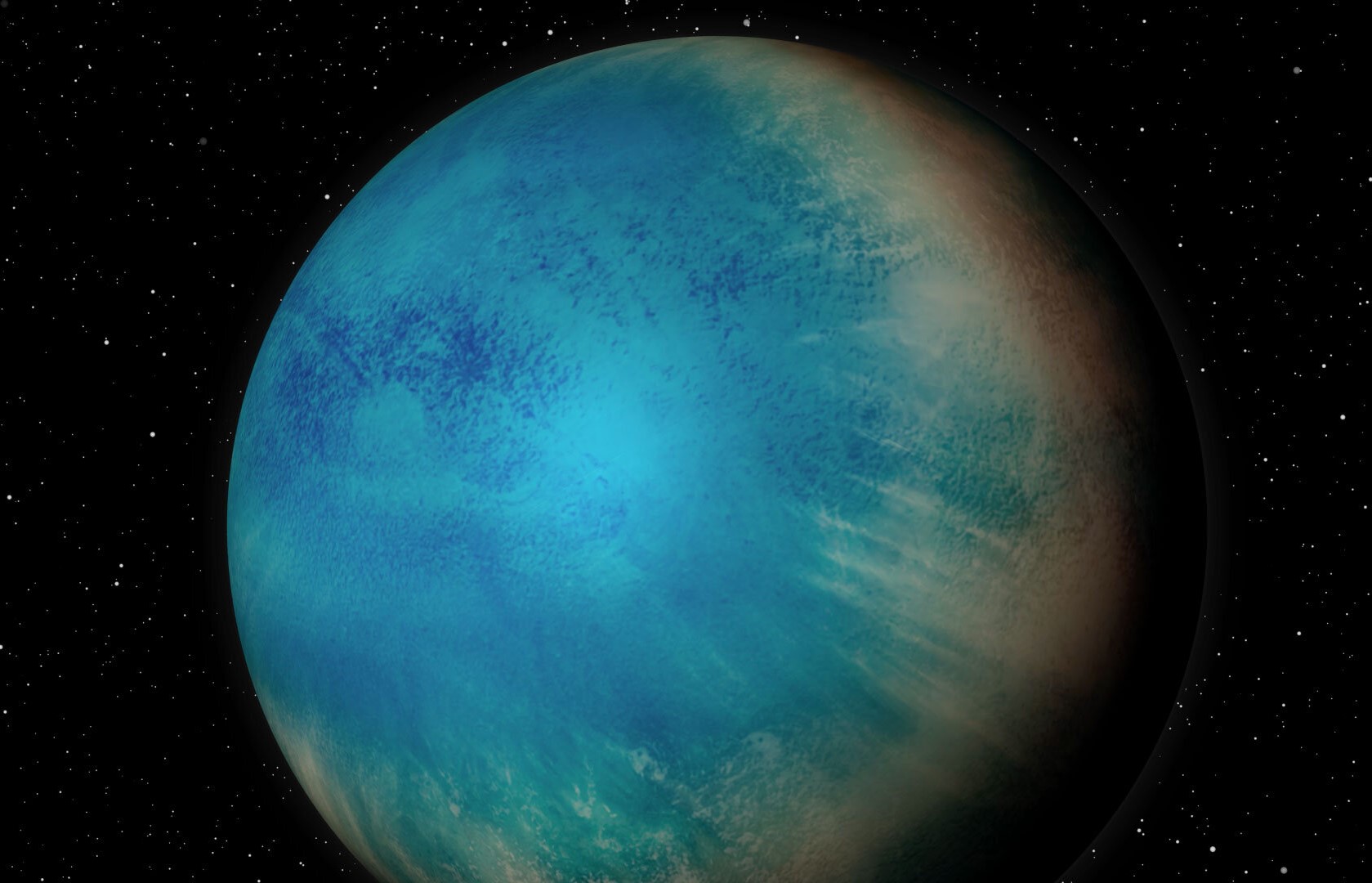 Astronomers have discovered a distant planet that they believe may be completely covered in water, making it a prime target for future studies by the James Webb Space Telescope.

The planet is called TOI-1452 b and it is located about 100 light-years from Earth, orbiting one of the star pairs in the constellation Draco.

Planets that orbit stars outside the solar system are known as exoplanets, and this is a relatively new area of ​​research. The first exoplanet was discovered in 1992.

Since then, the discovery of exoplanets has become almost routine, with NASA saying more than 5,000 had been confirmed by March this year.

It sounds like a lot, but it would be an overstatement to say it even scratches the surface. Based on data from NASA’s Kepler Space Telescope, it is estimated that there are over a trillion planets in our galaxy alone. Statistically, many of them will be in the size range of Earth and may be in their star’s habitable zone – close enough to be hot enough for life and liquid water, but not close enough to make the planet insufficiently hot.

The search for life is an interesting aspect of exoplanet research. To date, scientists have yet to find evidence of extraterrestrial life on other worlds or even on planets they know are likely to host it. But there are exciting candidates.

In a study published in The Astronomical Journal on August 12, dozens of researchers from institutions around the world confirmed the existence of TOI-1452 b using the Transiting Exoplaney Survey Satellite (TESS) as well as the Mont-Mégantic Observatory in Canada and the MuSCAT3 telescope in Hawaii.

The planet is thought to be about 70% larger than Earth and almost five times heavier. It orbits its star once every 11 days or so and is thought to be temperate. It also orbits in a binary star system, in which two stars orbit each other at a distance about two and a half times that of our own sun at Pluto.

What’s interesting about TOI-1452 b is that the evidence suggests it could be an ocean world. In fact, it’s one of the best candidates for such a planet ever found, according to Charles Cadieux, a Ph.D. student at the University of Montreal who led the international team of researchers to study the planet.

“Its radius and mass suggest a much lower density than would be expected for a planet composed mostly of metal and rock, like Earth,” Cadieux said in a university press release.

Analyzes have suggested that water could represent up to 30% of the mass of the planet, a proportion similar to that of certain moons of the solar system like Titan or Ganymede.

To know for sure if TOI-1452 b is watery, scientists will need to examine it using the powerful James Webb Space Telescope. Fortunately, the planet is a perfect candidate for observation, close enough to Earth to be easily seen and located in a part of the sky that the telescope can see all year round. The researchers aim to reserve time on Webb to probe TOI-1452 b as soon as possible.

Scientists can probe the outer worlds using telescopes by many methods, but the one that is often used is called transit photometry (sometimes called the transit method). In transit photometry, scientists observe the light emitted by a star to see if it dips steadily. If so, it suggests that a planet regularly passes between the star and the observer.

This method also provides clues to the mass of the planet and its orbital period.

Unknown ‘mini-moon’ in outer solar system is one of the smallest ever discovered: ScienceAlert