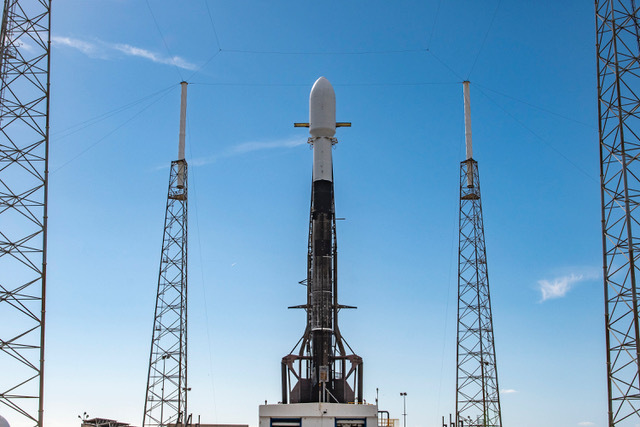 Planet’s Flock 4x, comprised of 44 SuperDove satellites, is set to launch this Thursday, Jan. 13, on SpaceX’s Falcon 9 Transporter-3 SSO. This is the first satellite launch under our new multi-year, multi-launch carpool agreement with SpaceX.

With this launch, Planet will have more than 200 satellites in orbit. Flock 4x is set to replenish our existing SuperDove fleet, which forms part of the larger constellation. The PlanetScope constellation images every land mass on Earth covering 350 million km² each day, providing images with a resolution of around 3 meters per pixel. This unprecedented capability provides our customers with daily data on the Earth’s resources and global events.

“We are excited to launch our latest herd with SpaceX. Their reliability and leadership in the launch market make them a natural choice for this mission. Flock 4x will provide the PlanetScope constellation with the latest and most powerful capabilities to help meet customer needs,” said Will Marshall, CEO of Planet.

To date, we have launched 83 satellites with SpaceX across seven launches. This first launch under our latest carpooling agreement with the launch provider marks an important moment in the current space renaissance. Over the past 10 years, prices for rocket launches have fallen and their frequency has increased, while the size of satellites has shrunk dramatically, allowing more satellites to be launched on each rocket.

The unprecedented amount of Earth imagery data that our entire fleet collects enables global analysis of planetary activity and resources. With Flock 4x, our data products will continue to deliver high-speed information about the Earth to governments, NGOs and businesses working in sustainability, disaster relief, financial management and security. .

Except for historical information contained in this press release, the matters set forth in this press release are forward-looking statements within the meaning of the “safe harbor” provisions of the Private Securities Litigation Reform Act of 1995, including , but not limited to, whether Flock 4x will successfully replenish Planet’s existing SuperDove fleet; Planet’s constellation of satellites, including Flock 4x, being able to meet the needs of its customers; and whether Planet’s constellation of satellites will be able to provide Earth information to governments, NGOs and businesses working in sustainable development, disaster relief, financial management and security. Forward-looking statements are based on the beliefs of Planet’s management and on assumptions made by and information currently available to them. Because these statements are based on expectations of future financial and operating results and are not statements of fact, actual results may differ materially from those projected. Factors that could cause actual results to differ materially from current expectations include, but are not limited to: Planet’s limited operating history, which makes it difficult to predict its future operating results; Planet’s expectations that its operating expenses will increase significantly in the foreseeable future; whether the market for Planet’s products and services that relies on our data set, which did not previously exist, will develop as expected; whether current customers or potential customers adopt Planet’s platform; whether Planet will be able to compete effectively with increasing competition in its marketplace from commercial entities and governments; Planet’s international operations creating business and economic risks that could impact its operations and financial results; interruption or failure of Planet’s satellite operations, IT infrastructure, or loss of data storage, whether through cyberattacks or other adverse events that limit its ability to effectively perform our day-to-day operations and provide its products and services; if Planet experiences adverse events, such as delayed launches, launch failures, its satellites not reaching their intended orbital positions, its satellites not performing as expected, being destroyed or otherwise becoming inoperable, the cost of satellite launches increasing significantly and/or satellite launch providers not having sufficient capacity; Planet’s satellites are unable to capture images of Earth due to weather conditions, natural disasters or other external factors, or due to its constellation of satellites having restricted capacity; if Planet is unable to develop and release product and service enhancements to respond to rapid technological change, or to develop new designs and technologies for its satellites, in a timely and cost effective manner; slowdowns or volatility in general economic conditions, including due to the current COVID-19 pandemic or any other infectious disease outbreak; the loss of one or more key personnel of Planet, or its inability to attract, hire, retain and train other highly qualified individuals in the future; Planet’s ability to raise adequate capital, including on acceptable terms, to fund its business strategies; the impact of Planet’s indebtedness on its ability to raise additional capital to fund its operations, operate its business and respond to changes in the economy or its industry; how the rules and regulations of Planet’s highly regulated industry may impact its business; if Planet fails to maintain effective internal controls over financial reporting at a reasonable assurance level; and the other factors described under “Risk Factors” in Planet’s registration statement on Form S-1 with the Securities and Exchange Commission (SEC) and any subsequent SEC filings Planet may make. Copies of each filing may be obtained from Planet or the SEC. All forward-looking statements reflect Planet’s beliefs and assumptions only as of the date of this press release. Planet undertakes no obligation to update forward-looking statements to reflect future events or circumstances.