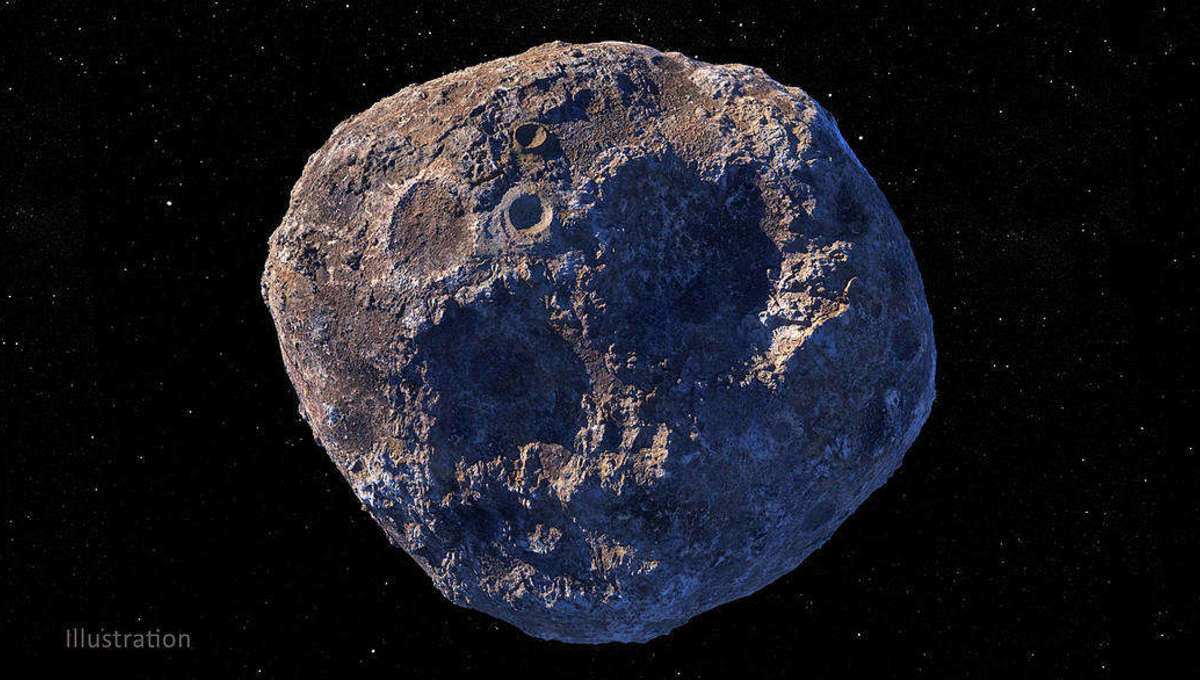 Asteroids can really be anything. Most of them are space rocks, but those rocks could be anything from ancient pieces of planetary crust to protoplanets that never did.

Psyche even stands out among some of the strangest asteroids. Orbiting the Sun in the asteroid belt between Mars and Jupiter, it would once have been a core of molten metal, mostly iron and nickel, of a planet gutted by too many collisions. The planet obviously did not survive. What was left eventually solidified into what is now known as one of the most metallic asteroids (literally) in the solar system. But wait.

Maybe Psyche isn’t all that’s left of a doomed planet. It could also have detached itself from a larger body made of heavy metals, which once floated in another part of the solar system. The only way to find out is to send something over there. Enter NASA’s Pscyhe mission, which will use an electrically powered spacecraft to investigate this metaller.

“While information about the asteroid will continue to accumulate during the planning phase of the mission, the mission itself is flexible enough to accommodate changing expectations based on observational data. most recent, “said the team of researchers behind Psyche in a study recently published in Planets JGR.

Proving that Psyche was once a planetary core means that the spacecraft will have to find proof that it still has the remnants of a magnetic field. The Psyche spacecraft’s dual magnetometers will likely be able to figure this out. You need a hypersensitive instrument like this to detect any semblance of a magnetic field the asteroid might have, because there is no way it has a magnetic field close to that of Earth. . It is unable to generate one like our planet does. However, if Psyche is magnetized, then she is a zombie planet.

What exactly is Psyche made of is another question still hanging in space. The asteroid was previously believed to be made of nearly solid metal, but new estimates place its possible metal content between 30-60%, as the rest could possibly be silicates (silicon-oxygen compounds). This is where it gets even weirder because Psyche doesn’t match most asteroid groups. It cannot be mesosiderite because it does not have enough iron rich silicates, nor does it have enough iron to be pallasite or carbonaceous chondrite.

Finding out what this object is actually made of will involve the spacecraft’s gamma-ray and neutron spectrometers. Whatever elements make up the surface of Psyche, they absorb the energy of cosmic rays, which are made up of highly energetic particles. These particles sometimes collide with other particles and form gamma rays. When the spectrometer focuses on Psyche, it will see how many gamma rays and neutrons absorbed by the asteroid’s environment are re-emitted by it. How these correspond to the energy given off by certain elements will reveal what’s inside.

“The biggest unknowns in the makeup of Psyche are its porosity and the fraction and composition of its non-metallic components,” the researchers said.

So, is Psyche even an entire asteroid or just a pile of rubble that has gathered as things constantly collided with each other in the early solar system? Other goals of the mission are to determine both this and its porosity. Comparing it to other asteroids and even the Moon might help. Smaller asteroids like Ryugu tend to be more porous, while larger space rocks like Ceres and Vesta are less porous, making them similar to the lunar crust in this way. Psyche is almost 300 times the diameter of Ryugu. It could be as porous as the moon.

The Psyche mission will launch on August 22, 2022. Powered by xenon and solar energy, it will travel for more than three years in a region 280 million kilometers from the Sun – where the asteroid could reveal secrets it holds. for billions of years.

“The early solar system defined by a planetary disk”

The future of the solar system seen: 1st planet around a white dwarf