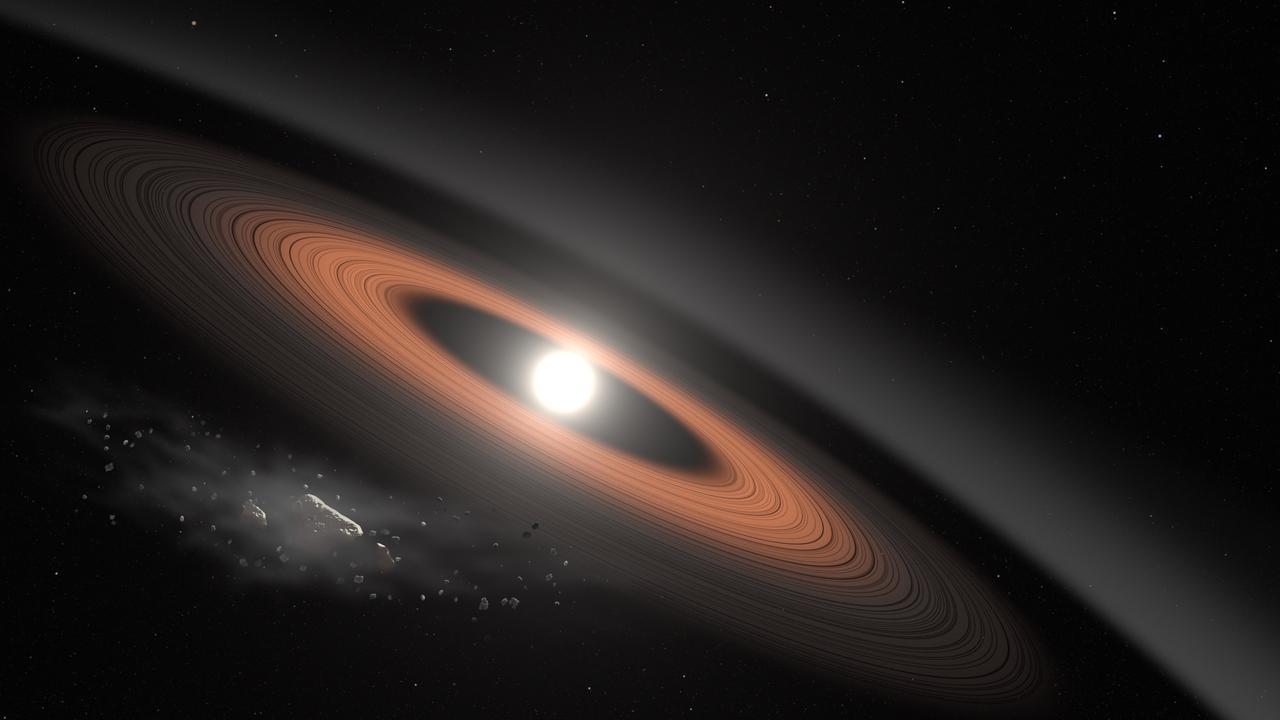 Researchers predict that the Sun will destroy our solar system’s asteroid belt in six billion years. A new study from the Monthly Notices of the Royal Astronomical Society (via Sci-News) predicts that when the Sun becomes a white dwarf, the star’s radiation will be strong enough to spin asteroids in our solar system.

Eventually, the speed of rotation will become overwhelming, causing the asteroids to break into smaller pieces. Sci-News explained that asteroids will continually break into small pieces until the rocks become too small to be affected.

The Sun will turn a white dwarf after entering what scientists call the “branch phase,” which occurs after a star has burned off all of its hydrogen fuel. During the branching phase, stars become hundreds of times larger and thousands of times brighter. The radiation emitted by the star during this time is what triggers this process.

Scientists call it the YORP effect, and it’s named after four of the scientists who helped develop the concept.

For more information on the world of science, find out how scientists detected a strange radio signal from space. Or read a new study that shows salt, mineral-filled water could once be found on Mars.

Logan Plant is a news writer for IGN and a production assistant for Nintendo Voice Chat, IGN’s weekly Nintendo show. You can find him on Twitter at @LoganJPlant.

Asteroid belt will be pulverized by the sun in six billion years, researchers predict

Just before our sun dies, its light will shatter the asteroid belt into dust