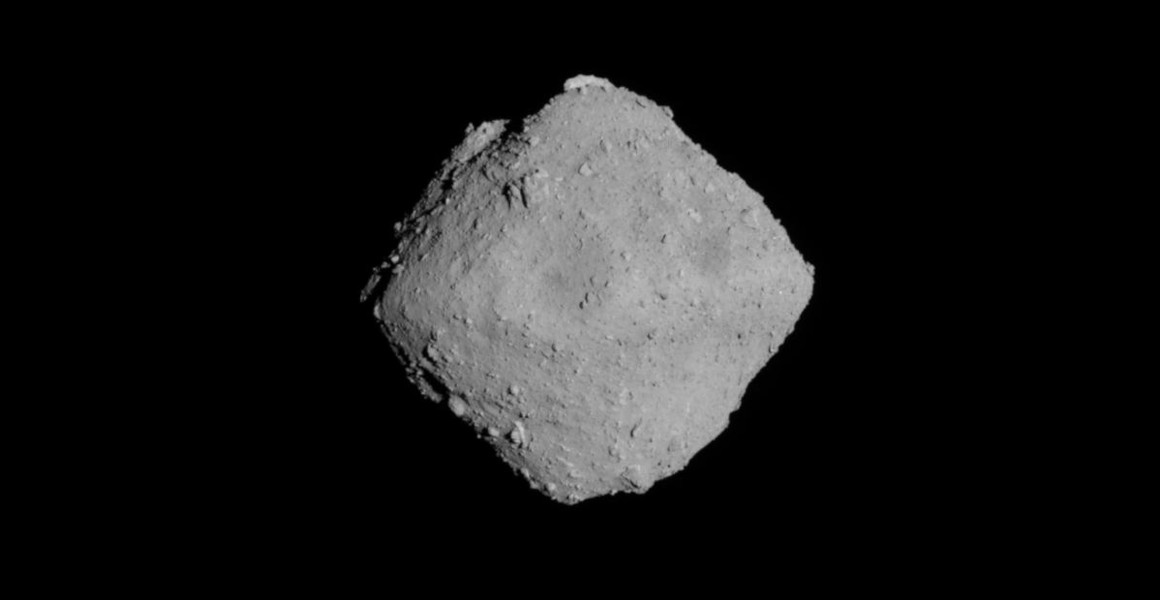 What is Ryugu and how did it form?

Ryugu is a near-Earth asteroid first discovered in 1999. It is named after the dragon god’s underwater palace. in Japanese mythologyfrom which a fisherman retrieved a box with a big secret.

This name indicates that it is the target of JAXA’s Hayabusa2 probe, which carried out only the second mission to return samples from an asteroid. More than five grams of Ryugu were collected from the asteroid’s surface, with the probe then returning the samples to Earth undamaged.

Even before these samples returned, Ryugu was already beginning to change our understanding of asteroid structure.

‘Ryugu and Bennu, an asteroid visited by NASA, turned out to be pile of rubble‘, explains Ashley. “They are bodies formed by the accumulation of smaller rocks under their own gravity into larger aggregates.”

“We now believe it to be a very common type of asteroid formed from the remains of the first generation of asteroids in the solar system.”

Researchers believe this first generation formed within two million years of the start of the solar system, which would have been around 4.6 billion years ago.

Because the samples contain only limited amounts of inclusions called chondrules, which form under high temperatures, scientists believe that Ryugu’s parent body accreted more than 600 million kilometers from the Sun, in a region of the early solar system where water and carbon dioxide would have turned into ice.

Radioactive elements inside the asteroid it’s slowly heating up until the ice begins to melt. The rock chemically reacted with the meltwater to form hydrated minerals, with the asteroid reaching its maximum temperature about five million years later.

A billion years ago, a catastrophic impact shattered the parent asteroid of Ryugu. Using simulations based on the available evidence, the researchers calculated that the parent, likely about 50 kilometers in radius, had been struck by a smaller asteroid moving at about five kilometers per second.

Some of the parent’s fragments, located on the side opposite the impact site, were thrown together and later fused together to form Ryugu. The asteroid’s rotation has led to its spinning top shape, with centrifugal forces creating a bulge in the middle.

Other fragments may be part of the Eulalia or Polana asteroid families located in the asteroid belt.

NASA’s DART spacecraft is about to crash into an asteroid