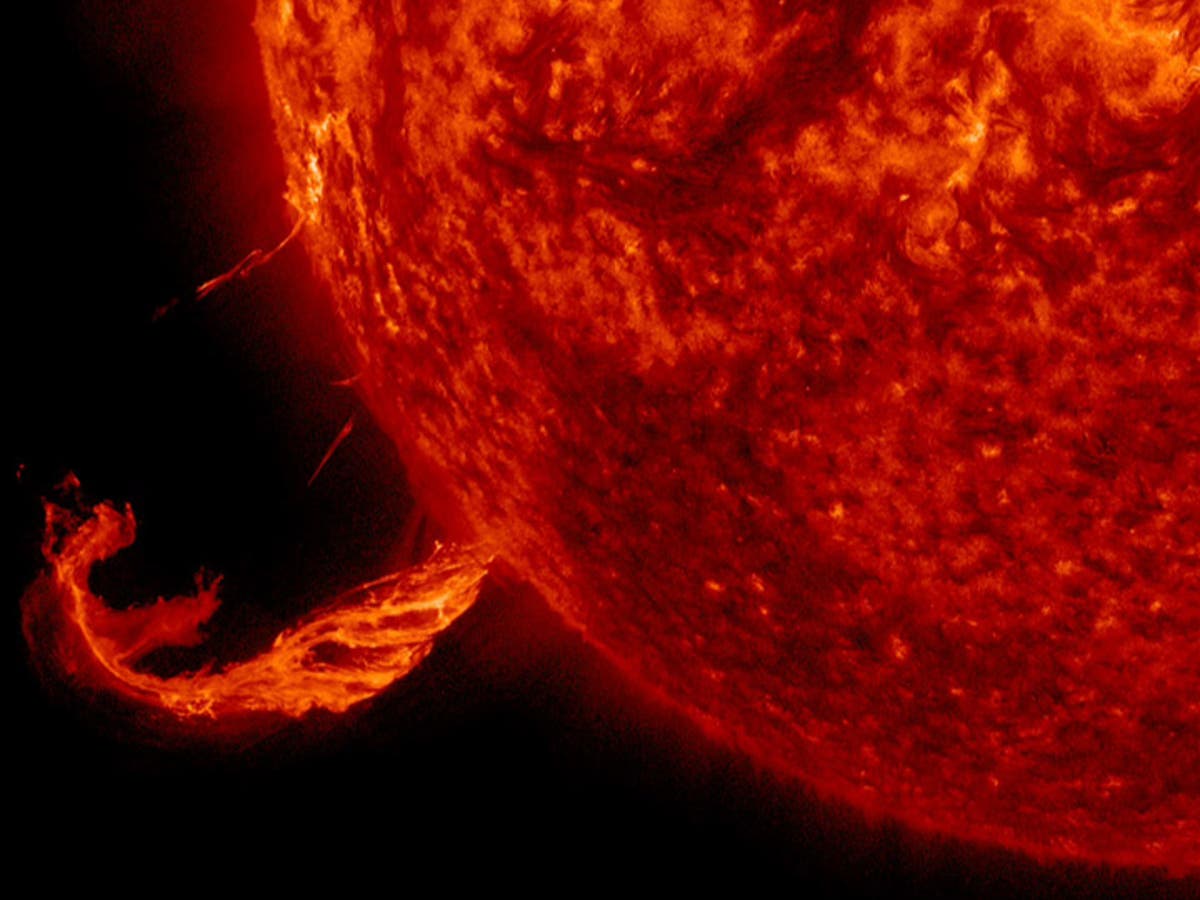 Saturn-Like Rings Around the Sun Prevented Our Planet From Becoming a ‘Super-Earth’, New Study Says

The Sun had rings of dust and gas similar to Saturn that may have played a vital role in the formation of the Earth, according to a new study.

“In the solar system, something happened to prevent Earth from expanding into a much larger type of terrestrial planet called a super-Earth,” said Rice University astrophysicist Andre Izidoro.

Super-Earths are massive, rocky planets seen around at least 30% of the Sun-like stars in the galaxy.

Using a supercomputer to simulate the formation of the solar system, the model produced rings around the Sun like those seen around young stars.

The model assumes that three bands of high pressure appeared in the young Sun’s disk of gas and dust – called “pressure humps” – which have also been observed in ringed stellar disks around distant stars.

“If super-Earths are super-common, why don’t we have one in the solar system?” said Izidoro. “We propose that pressure bumps produce disconnected reservoirs of disk material in the inner and outer solar system and regulate the amount of material available to grow planets in the inner solar system.”

Scientists have thought for decades that the gas and dust in disks become progressively less dense, but computer simulations tell a different story: planets are unlikely to form in smooth disk scenarios.

“In a smooth disk, any solid particles – grains of dust or rocks – should be drawn inwards very quickly and lost within the star,” said astronomer and study co-author Andrea Isella, associate professor of physics and astronomy at Rice. “It takes something to stop them to give them time to become planets.”

When the particles move faster than the gas around them, they “sense a headwind and drift very quickly toward the star,” Izidoro said.

The study’s model assumed that pressure bumps formed in the early solar system at three locations.

“It’s just a function of the distance from the star, because the temperature increases as you get closer to the star,” said geochemist and study co-author Rajdeep Dasgupta, Professor Maurice Ewing of Earth systems science at Rice. “The point where the temperature is high enough for ice to vaporize, for example, is a line of sublimation which we call the snow line.”

At the silicate line, the basic ingredient of sand and glass, silicon dioxide, has become steam. This produced the ring closest to the Sun, where Mercury, Venus, Earth and Mars would later form.

The middle ring appeared at the snow line and the farthest ring at the carbon monoxide line.

Izidoro said the delayed appearance of the sun’s central ring in some simulations has led to the formation of super-Earths, which underscores the importance of timing pressure bumps.

“By the time the pressure hump formed in these cases, a lot of mass had already invaded the internal system and was available to create super-Earths,” he said. “So the timing of when this mid-pressure hump formed could be a key aspect of the solar system.”

The study was published online in natural astronomy,