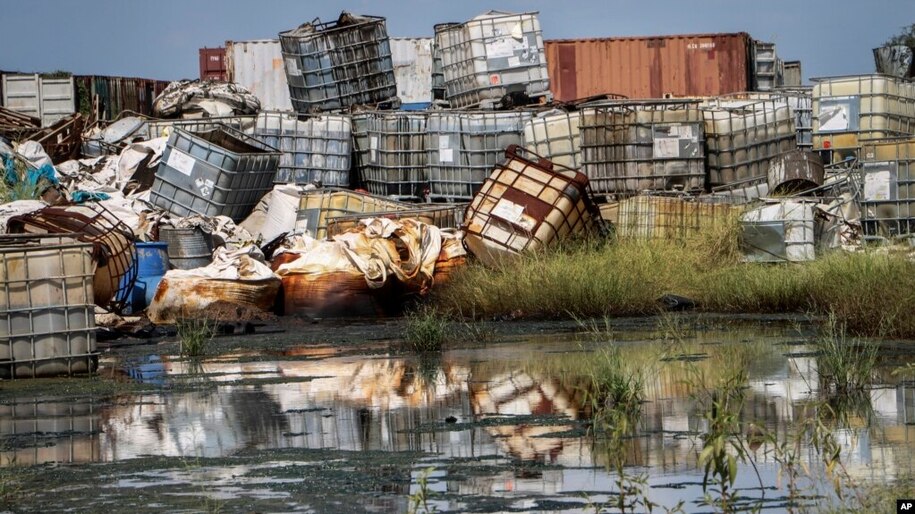 Once again, we find ourselves in uncharted territory as sapiens pushes the viability of the planet to keep life on the brink.

Chemical pollution threatens you and me by damaging the biological and physical processes that keep life alive all over the world. Deadly chemical pollutants (a/k/a new entities) that humans have unleashed on earth have exceeded the planet’s safe limit, a new study has revealed. The study was published in the scientific journal Environmental Science and Technology.

The study focuses on the “The scientific reasoning behind the planetary boundary concept is that the climatic stability and resilience of Earth’s ecosystem, observed throughout ∼10,000 years into the Holocene, is the result of dynamic biophysical interactions that can now be radically altered by human activities.”

The concept has nine “delicately interconnected and specific threshold conditions. These are: climate change, rate of biodiversity loss (terrestrial and marine), interrupted cycles of nitrogen and phosphorus, ozone depletion in the stratosphere, the acidification of the oceans, the use of fresh water supplies, the relentless changes in natural land diverted to human use, the use of chemicals and the increase in aerosols in the atmosphere.

In 2021, the first five thresholds have been crossed, according to The Guardian.

The cocktail of chemical pollution that pervades the planet now threatens the stability of the global ecosystems on which humanity depends, scientists have said.

Plastics are of particular concern, they said, along with 350,000 man-made chemicals, including pesticides, industrial compounds and antibiotics. Plastic pollution is now found from the summit of mount everest to the the deepest oceans, and some toxic chemicals, such as PCBs, are lasting and widespread.

The study concludes that chemical pollution has crossed a “planetary boundary”, the point at which human-caused changes on Earth push it out of the stable environment of the past 10,000 years.

“There is evidence that things are going in the wrong direction every step of the way,” said Professor Bethanie Carney Almroth of the University of Gothenburg, who was part of the team. “For example, the total mass of plastics now exceeds the total mass of all living mammals. To me, that’s a pretty clear indication that we’ve crossed a border. We are in trouble, but there are things we can do to reverse some of that.

One of America’s most dangerous chemical plants is in one of West Virginia’s only majority black communities. For decades, residents of the Institute have sounded the alarm about air pollution. They say the concerns have “fallen on deaf ears”. https://t.co/69XAXGzflw

The Conversation interviewed one of the study’s authors, Patricia Villarrubia-Gómez.

When did humanity cross this limit?

It is difficult to say precisely when humanity crossed the planetary limit of chemical pollution. Unlike other borders, this one deals with thousands of different entities.

We know there has been a multiplication by 50 in the production of chemicals since 1950. This is expected to triple again by 2050. The production of plastics alone increased by 79% between 2000 and 2015.

There are 350,000 synthetic chemicals in production worldwide, and only a very small fraction of them are evaluated for toxicity. We know little about their cumulative effects or how they behave in a mixture. This is important, because we are all exposed to (often) small concentrations of thousands of substances throughout our lives. We are only beginning to understand the large-scale, long-term effects of this exposure.

We judged that the border had been crossed because the rate at which these pollutants appear in the environment far exceeds the ability of governments to assess risk, let alone control potential problems.

What is very important for us is that this study highlights the global scale and the seriousness of chemical pollution. Not only because of the effects of daily production and release of such large volumes of these substances into the environment, but also because it puts into perspective the consequences of human activity on a geological scale. These changes, driven by humans, will have lingering and cumulative effects long after we are gone and the industries stop pumping them out.

What are some of the possible consequences of crossing this planetary boundary?

We have looked at the issues and risks associated with chemicals and plastics throughout their life cycle. Currently, this is largely linear: from extraction, to production, to use, to waste and, finally, to release into the environment.

Damage can occur at all of these stages. For example, fossil fuels are extracted by processes that can destroy entire habitats. These raw materials then give rise to plastics and pesticides that consume a lot of energy and generate many gases that warm the climate during their manufacture. They are used to wrap food or are applied to agricultural fields and then they end up in the ground or in rivers and eventually in the ocean.

Their environmental impacts might be easier to visualize in terms of their effect on other planetary boundaries. Plastics are closely linked to the climate – about 98% of all plastics are made from fossil fuels and will release CO₂ when burned as garbage. Both chemicals and plastics affect biodiversity by adding further stress to already beleaguered ecosystems. Some chemicals interfere with the hormonal systems of animals, disrupting growth, metabolism and the reproduction in wildlife.

The sky this week from January 28 to February 4