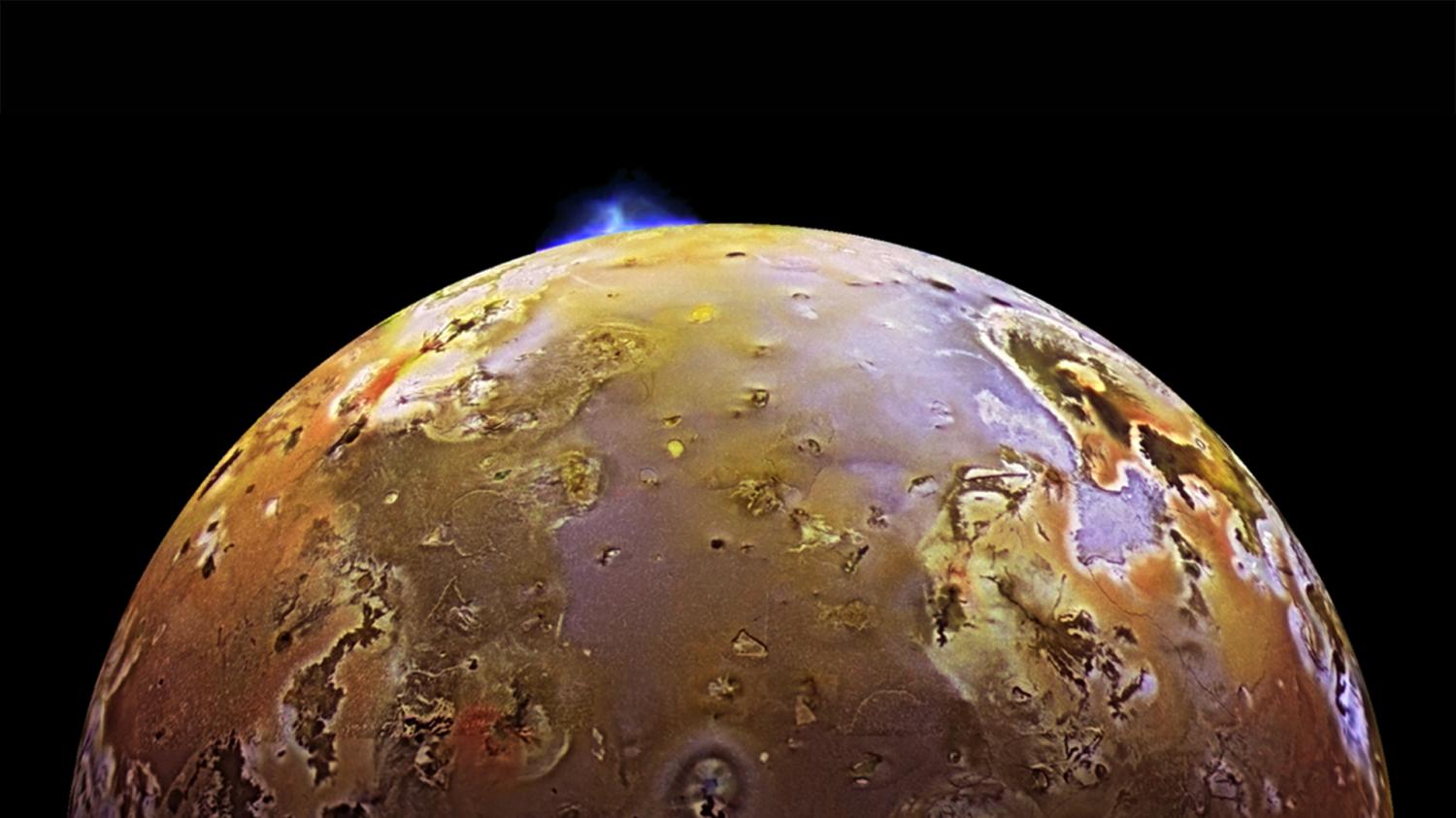 Scientists propose a new concept for the formation of terrestrial planets

Scientists have long been intrigued by surfaces of terrestrial bodies other than Earth which reveal deep similarities under their superficially different volcanic and tectonic histories.

A team of scientists from NASA, Hampton University and the University of Hong Kong propose a new way to understand the cooling and heat transfer of Earth’s planetary interiors and how this affects the generation of the volcanic terrains that dominate rocky planets. Based on the current dynamics of the moon heated by the tides of Jupiter, Io, scientists hypothesize that the geological histories of terrestrial bodies in the solar system, especially Mercury, Venus, the Moon, and Mars, are consistent with a mode of early planetary evolution involving heat pipes. They further propose that heat pipe cooling is a universal process that may explain the common characteristics observed on the surface of terrestrial planets.

The team’s findings are discussed in an article recently published in Letters of Earth and Planetary Sciences.

“We believe the concept of a heatpipe mode of planetary formation is important and will help explain the evolution of all rocky planets,” said Dr. Justin Simon, NASA planetary scientist, Center for Isotope Cosmochemistry and Geochronology in the Astromaterials Research and Exploration Sciences Division at NASA’s Johnson Space Center in Houston, Texas and one of the co-authors of the article. “If it turns out to be correct, it will be discussed with theories of plate tectonics, planetary ‘magmatic oceans’ and the ‘giant impact theory for the origin of the moon’.

Scientists hypothesize that heat pipe cooling has been involved in the evolution of all terrestrial planets, including early Earth, and represents the transition from the magmatic ocean to hard-top or plate-tectonic modes of the planetary evolution. Heat pipes transport heat from the interior to the surface via the melting of the mantle and the rise of magma. The resulting eruptions lead to global volcanic resurfacing whereby older volcanic layers are gradually buried and pushed downward to form thick, cold, and strong mechanical lithospheres.

The authors review the observations relating to the formation of the surfaces of each of the terrestrial planets and the current models which have been proposed to explain them. They then discuss the main outstanding issues and show how the heat pipe hypothesis can consistently solve them across all planets.

â€œThe terrestrial bodies in our solar system seem different enough that the classical opinion is that they all formed differently, at least in terms of how their outer shells were made. If our analysis is correct, it points in the direction of ‘a universal model for the early development of terrestrial planets, across our solar system and beyond,’ said Dr Alexander Webb, associate professor at the University of Hong Kong.

The authors note that Mercury globally resurfaced early in its evolution through volcanic eruptions setting up smooth plains with few identifiable eruption centers. The authors conclude that the geological observations of the planet indicate an episode of heat pipes functioning a little less than the first billion years of the evolution of Mercury. The surface of Venus is also dominated by lava with wide plains made up of numerous flows extending for hundreds of kilometers on a low slope with few identifiable source structures. Venus does not exhibit sufficient volcanic flow to currently undergo active heat pipe cooling, but the authors conclude that the thick, stagnant lithospheric cover is a relic of the heat pipe operation that quickly ceased several hundred million years ago.

Among the most important surface features of Mars are its large volcanoes, ancient cratered terrain, and the crustal dichotomy between the high southern hemisphere and the depressed northern hemisphere. It is still unclear which processes were responsible for the formation of the dichotomy, but the authors conclude that a strong ancient lithosphere created by heat pipe volcanism would have contributed to the preservation of this ancient feature. Likewise, the Moon is distinguished by a shape that is considerably out of hydrostatic balance, but preserving an unbalanced shape requires a strong and early lithosphere. The authors argue that a strong lithosphere is precisely the expected behavior of a body subjected to heat pipe cooling.

The team gathered geological, geochemical and geochronological evidence from terrestrial bodies in our solar system to show that heat pipes may have provided the primary mechanism for crustal formation and resurfacing. The heat pipe hypothesis provides a uniform explanation of the common features of known terrestrial planets that have not undergone plate tectonics and should be considered an important aspect of their evolution.

“The development of this theory is a prime example of how the exploration of our planetary neighbors, in this case [Jupiter’s moon] Io, has led to a better understanding of Earth as well as the rocky planets across the galaxy, â€said Dr. William Moore, professor of atmospheric and planetary sciences at Hampton University, United States.

Heat pipes are also expected to occur on rocky exoplanets orbiting other stars. A planet twice as massive as Earth should take more than twice as long to cool, because the surface does not grow as fast as the mass. For large exoplanets, the lifespan of the heat pipe mode may exceed the lifespan of Sun-like mother stars and thus no subsequent phase of plate tectonics can ever be observed. This study requires us to rethink our expectations of the types of surfaces and atmospheres to expect as we expand our exploration of other solar systems.

Researchers find that most volcanic activity on Mercury stopped around 3.5 billion years ago

Provided by the University of Hong Kong