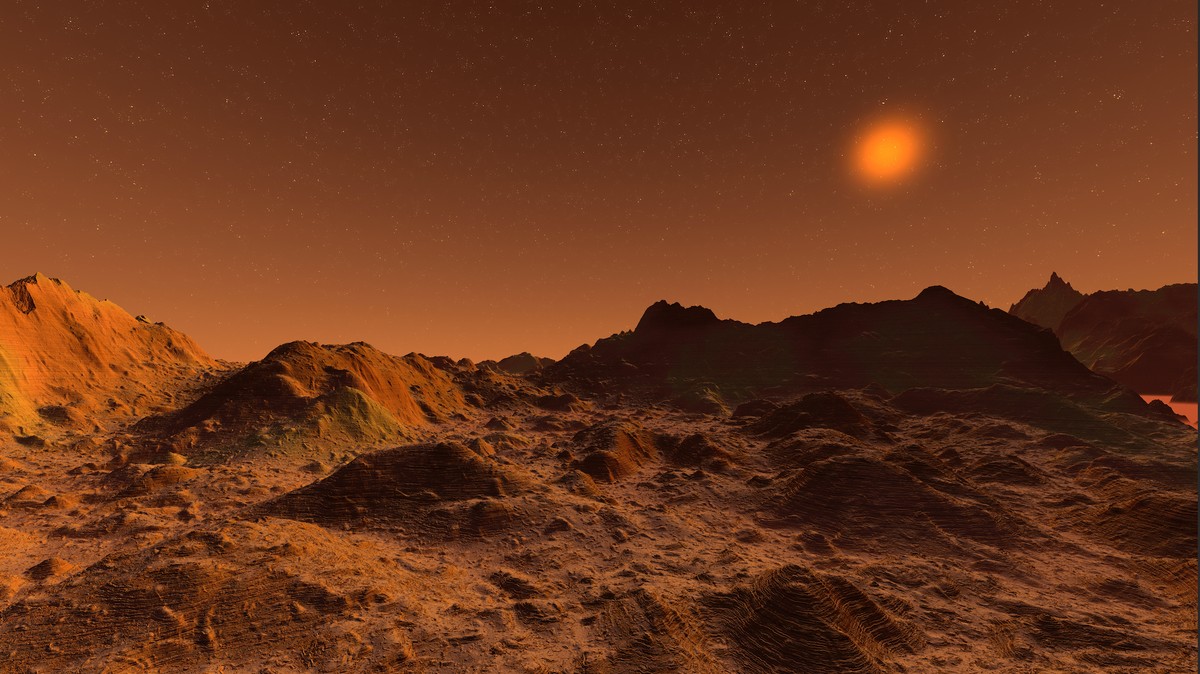 Scientists have discovered a new history of Mars, written in the elusive element krypton, inside a unique Martian meteorite that crashed in France more than 200 years ago, a new study reports.

The results shed light on the origin of many important ingredients for life, such as hydrogen, carbon, oxygen and nitrogen, on planets like Mars and Earth. Understanding how these “volatile” elements were seeded into rocky worlds can help unravel the mystery of how life emerged on Earth and whether it could exist elsewhere in the universe.

Volatile elements, so named because they vaporize easily, are present in the nebulae from which star systems originate. Most models suggest that gases from these nebulae deliver an initial dose of volatiles to embryonic planets. Later, it is thought, early asteroids provide more volatiles by crashing into planets while they are still molten, a process that enriches young worlds with distinctive meteorites called chondrites.

Now a pair of researchers have upended the conventional view of how Mars evolved with precise observations that “contradict the common assumption that during planet formation, chondritic volatile delivery occurred after acquisition of solar gas”, according to a study published Thursday in Nature.

Led by Sadrine Péron, a postdoctoral researcher at ETH Zürich in Switzerland, the new research builds on unprecedented measurements of krypton, an inert noble gas, inside the Chassigny meteorite, a highly unusual rock that represents the interior of Mars, opening a rare window into the early stages of planetary formation in the solar system.

“We know that Mars formed very quickly,” Péron said on a call, noting that the planet took just four million years to form. “When we study the interior composition of Mars, we can get an idea of ​​the processes that form the terrestrial planets very early in the formation of the solar system. We can’t have that kind of information for Earth because Earth took much longer, between 50 and 100 million years, to form and so the composition of Mars is really a snapshot of what’s going on passed very early in the solar system. ”

To extract the secrets of this ancient history, Péron and study co-author Sujoy Mukhopadhyay, a professor of Earth and planetary sciences at the University of California, Davis, used krypton as a tracer. Krypton was ideal because its isotopes, which are different atomic configurations of an element, are imprinted with information about sources of volatiles.

“Krypton is very useful among different noble gases because the isotopic composition of krypton from different potential sources like the Sun or the interiors of planets is very distinct,” Péron said. With this in mind, she and Mukhopadhyay obtained “the first precise measurements of krypton in this meteorite. Krypton is difficult to measure, so we developed a new protocol to be able to precisely measure these isotopes in the meteorite.

“This particular meteorite, Chassigny, is the only one from a noble gas perspective that can provide access to the Martian interior composition,” she added. “All of the other Martian meteorites that we currently have in the collection are totally or strongly influenced by the Martian atmospheric composition. If we want those pure inner components, this is the only meteorite we have so far.

The krypton the team studied inside the meteorite upends the conventional view of Mars’ evolution. The Chassigny isotopes bear clear chondrite signatures, meaning asteroids were pounding Mars and enriching it with volatile compounds, before the baby Sun evaporated the solar nebula, a timeline that is “opposite to most models of formation of planets,” according to the study.

Indeed, these models suggest that rocky planets are cooling from their molten phase and releasing gases from their magma oceans that fuel nascent atmospheres. If this were true on Mars, one would expect the atmosphere to contain chondritic volatiles like the ones the new study identifies inside.

But curiously, the Martian atmosphere aligns today with the composition of the solar nebula. Péron and Mukhopadhyay speculate that elements of the solar nebula may have been encased in ice on young Mars, which were then released to give it its current composition, but they note that this explanation requires further research.

For now, the mystery of why direct evidence for early Mars seems to contradict traditional models of planetary formation remains unsolved. Finding the answer to this riddle would not only help us understand the Red Planet, but could inform our search for other potentially habitable worlds by focusing on their volatile elements, essential to life as we know it on Earth.

“There are so many questions that remain open,” Péron said. “I hope [the study] will have wider impact for people who focus on modeling the formation of planetary atmospheres, which are crucial for the origin of life.

The physics of accretion: how the universe pulled itself together