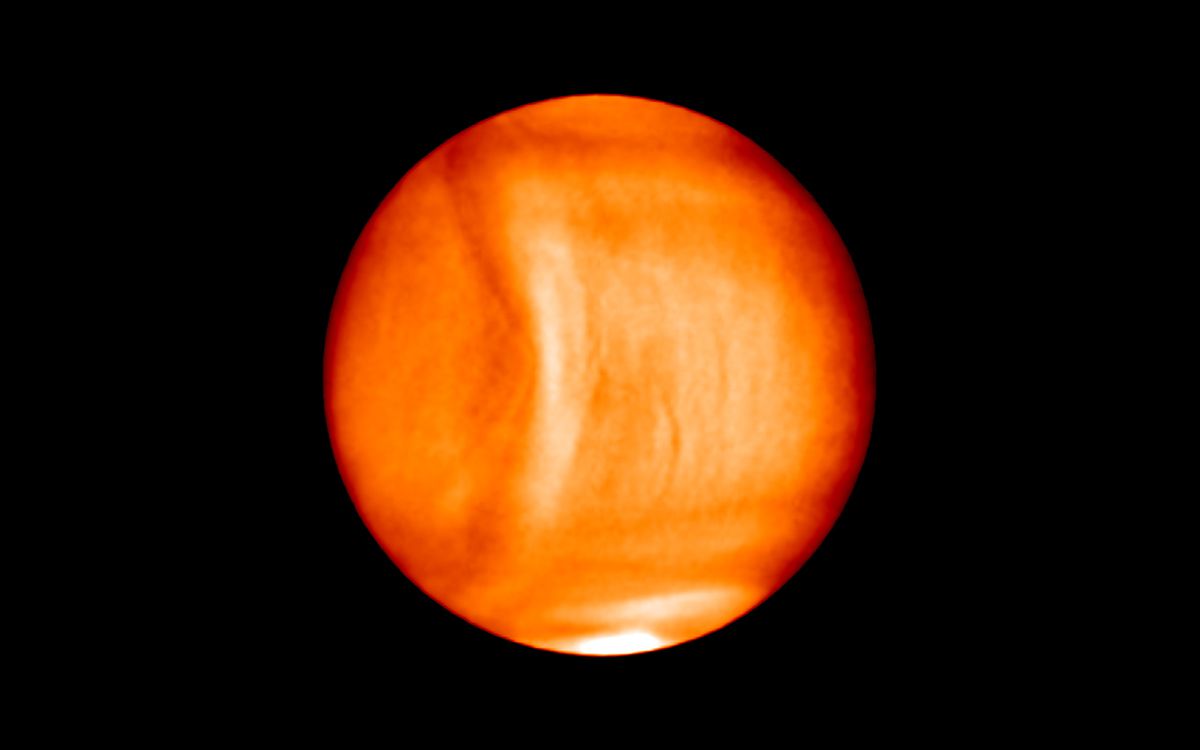 Venus is the second planet from the Sun and the second largest terrestrial planet in the solar system after Earth. Venus can cast shadows and, on rare occasions, can be seen clearly with the naked eye in daylight. Venus is one of the four terrestrial planets in the solar system, which means that it is a rocky body just like the Earth. There will soon be a lot more information available about Venus, and scientists have been researching it.

Here are some fascinating facts about the planet Venus.

A day on Venus is longer than a year

Recent research has used radio waves to accurately measure the length of a day on Venus, the planet closest to Earth. This allowed scientists to assess other elements of the foggy and enigmatic world.

Additionally, the study determined the tilt of Venus’ axis and the size of the planet’s core, providing a more complete picture of a mysterious world that is often referred to as Earth’s â€œevil twinâ€.

“Venus was treated like a big disco ball to collect every single measurement. Scientists illuminated Venus with a massive flashlight, the Goldstone radar, and noticed the reflections as they crossed the surface of the Earth,” according to Jean-Luc Margot, professor of planet astronomy at the University of California at Los Angeles (UCLA), who led the study published in the journal Nature Astronomy.

Venus has been referred to as Earth’s â€œevil twinâ€ because of its comparable size and likely formation from similar materials; he may even have had seas of liquid water at one point. However, Venus seems to have had an uncontrollable greenhouse effect.

Venus’s atmospheric pressure is 90 times that of Earth, Venus rotates on its axis backwards relative to all other planets in the solar system, and Venus’s surface temperature exceeds 900 degrees Fahrenheit (482 degrees Celsius ), making it the hottest planet in the solar system – hot enough to melt lead.

Venus illustrates how planetary habitats can develop over time, and understanding this evolution is vital for our thinking in the hunt for life beyond Earth.

Has Venus ever welcomed life?

To determine if life was possible on Venus, scientists must first study the planet’s precious environment. It involves an examination of the atmosphere, geology, and history of the planet.

With surface temperatures approaching 735 K (462 Â° C; 863 Â° F) and atmospheric pressure 90 times that of Earth, aquatic life as we know it is implausible on Venus. Some scientists believe that extremophilic thermoacidophilic bacteria can survive in the temperate and acidic upper layers of the Venusian atmosphere. In September 2020, scientists discovered phosphine in the planet’s atmosphere, a possible biosignature. These findings, however, have been called into question.

On February 8, 2021, an update on investigations for the probable discovery of life forms on Venus (phosphine) and Mars (methane) was revealed. NASA announced two additional Venus missions on June 2, 2021: DAVINCI + and VERITAS.

Unlike other planets in our solar system, Venus rotates clockwise on its axis

According to astronomers, a colliding celestial body has moved Venus so far from its original location that it is currently upside down. Uranus is the only other planet that turns in an unusual direction, likely from another crash early in its life.

Venus was perhaps named after the most attractive deity in the pantheon because it shone the brightest of the five planets known to early astronomers.

Venus was sometimes seen as two separate stars in ancient times, the evening star and the morning star, that is, those that first emerged at sunset and dawn.

The environment of Venus traps solar heat in an extreme form of the greenhouse effect. The temperatures of Venus can melt lead. The interior of Venus is made up of a metallic iron core 2,400 miles (6,000 km) wide. The liquid rocky mantle of Venus is 3,000 km thick. The crust of Venus is believed to be 6 to 12 miles (10 to 20 km) thick. The spacecraft only lasted a few hours after landing before being destroyed.

Venus shines brighter than any other planet or even star in the night sky due to its highly reflective clouds and proximity to Earth.

How were the rocks of Venus formed?

The last spacecraft to descend safely into the environment and land on Venus was the Soviet mission VeGa-2 in 1985. Volcanic basalt plains surround it near the landing site, however, some mountains of Venus are considered distinct. Thus, the landscape of Venus remains mysterious, especially further than the volcanic plains.

In addition, the DAVINCI spacecraft will include four cameras called VISOR (Venus Imaging System for Observational Reconnaissance) to detect the composition of rocks on the planet’s surface. â€œMost of Venus’s surface is basalt, which is formed by volcanism,â€ says Arney. The â€œTessereeâ€ (regions of considerably distorted topography) in the mountains reveal a distinct composition. It’s fascinating because it suggests more friendly circumstances in Venus’ past. The Venus Descent Imager (VenDI) instrument of this probe will measure one of these â€œtesseraeâ€, Alpha Regio. â€œThis will help us grab the ‘tessera’,â€ Arney said.

Venus is named after the Roman goddess of love and beauty

The Romans knew of seven important celestial bodies: the Sun, the Moon, and the five brightest planets. They named them after their greatest respected deities.

Venus, the second planet from the sun, is named after the Roman goddess of love and beauty; it is the only planet to have a female name. Venus was perhaps named after the most attractive deity in the pantheon because it shone the brightest of the five planets known to early astronomers.