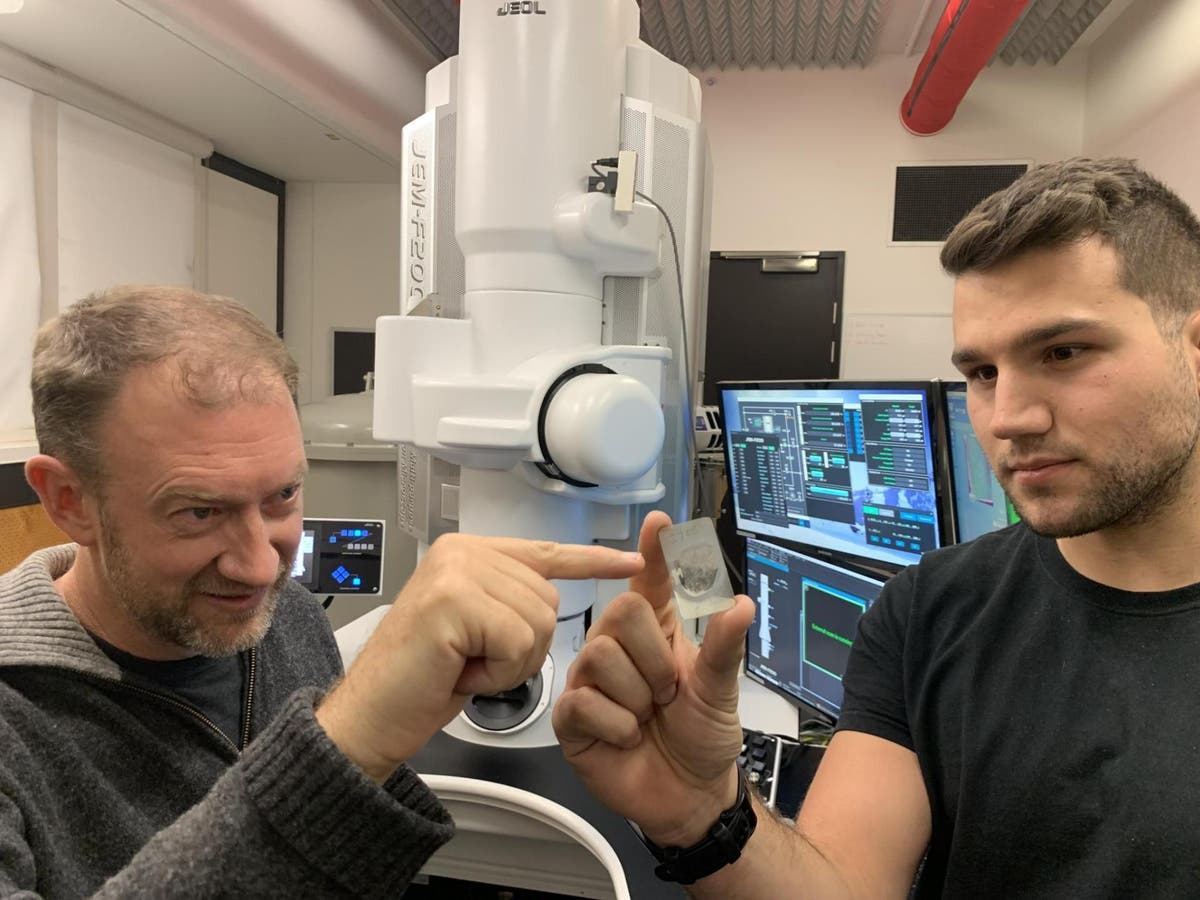 Diamonds may be the hardest natural substance on Earth, but space diamonds might be harder.

In a new study by a team of Australian scientists published Monday in the Proceedings of the National Academy of Sciencesresearchers not only suggest that certain types of meteorites found on Earth may have originated from a dwarf planet somewhere in our solar system, but that these meteorites contain small amounts of a special form of diamond crystal known as Lonsdaleite .

Lonsdaleite, named after Dame Kathleen Lonsdale, a crystallographer and first female Fellow of the Royal Society, has a hexagonal molecular structure which may make it harder than earth diamonds, which have a cubic structure. Both diamond and lonsdaleite are made up of lattices of carbon atoms.

“This study provides categorical evidence that lonsdaleite exists in nature,” said Dougal McCulloch, professor of physics at the Royal Melbourne Institute of Technology, in a statement. “We also discovered the largest lonsdaleite crystals known to date, up to a micron in size – much, much finer than a human hair.”

The researchers examined samples of several Ureilite meteorites, a rare form of meteorite that often contains more carbon than other meteorites. Researchers believe that lonsdaleite was created in the mantle of a dwarf planet somewhere in our solar system during a large collision with another celestial body.

Importantly, the researchers note that the lonsdaleite likely formed under high heat but only moderate pressure, a combination of factors that make the origins of these space diamonds similar to how industry currently produces synthetic diamonds.

“There is strong evidence that there is a newly discovered formation process for lonsdaleite and ordinary diamond, which resembles a supercritical chemical vapor deposition process that took place in these space rocks, probably on the dwarf planet shortly after a catastrophic collision,” said Dr McCulloch. said in a statement. “Chemical vapor deposition is one of the ways people make diamonds in the lab, basically by growing them in a specialized chamber.”

In the case of the lonsdaleite meteorite, the graphite carbon atoms were rearranged into the diamond-like mineral during the dwarf planet’s collision, providing a strategy for scientists and industry to attempt to create synthetic lonsdaleite. on earth.

“So nature has provided us with a process to try and replicate in industry,” said Andrew Tomkins, lead author of the study and ARC Future Fellow in the School of Earth, Atmosphere and Climate. environment from Monash University, in a statement. “We believe lonsdaleite could be used to make tiny, ultra-hard machine parts if we can develop an industrial process that promotes the replacement of preformed graphite parts with lonsdaleite.”

Bad astronomy | The red dwarf LP 890-9 has two super-Earths, one in the habitable zone