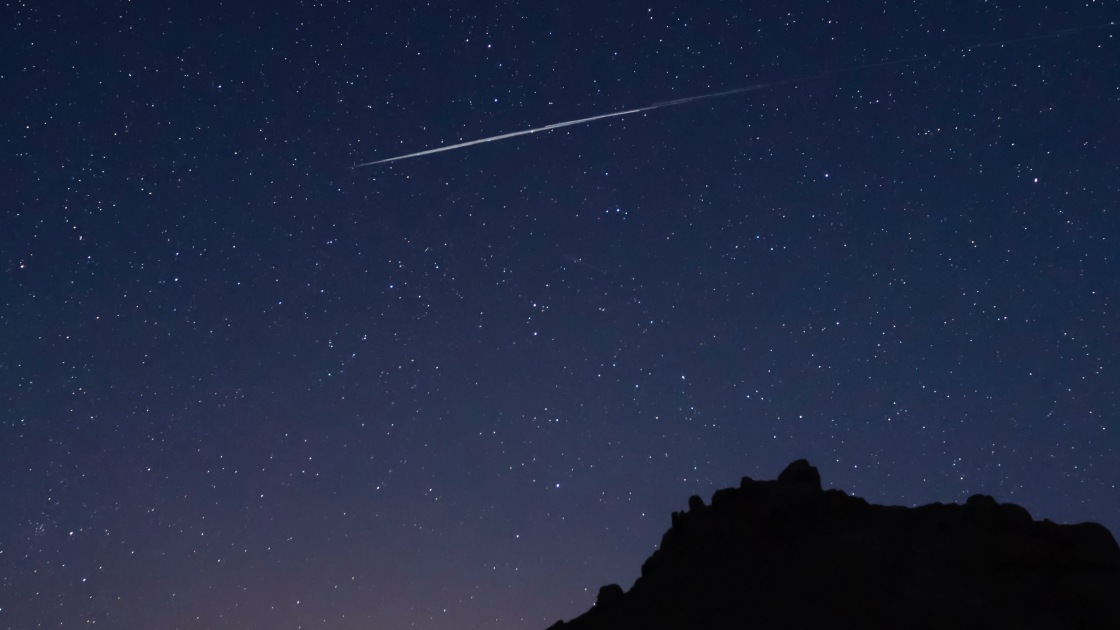 Starlink satellites get upgrades to avoid interference with astronomy

SpaceX is working on several upgrades to the company’s Starlink satellites to keep them from bothering astronomers.

The upgrades attempt to determine how Starlink satellites can reflect sunlight as they orbit Earth. That same light can accidentally photo-bomb astronomical observations, which has raised concerns within the scientific community.

In response, SpaceX has been working with astronomers to develop ways to reduce the amount of sunlight Starlink satellites will reflect into the night sky. On Thursday, the company released a document(Opens in a new window) which describes upgrades, which involve changing certain design elements of Starlink satellites.

According to SpaceX, Starlink satellites can reflect sunlight when their orbit reaches the dark side of the “terminator,” the boundary between day and night. As a result, satellites can be seen from the ground usually in the first hours after dusk or in the first hours before dawn. This sunlight can pose a problem for astronomical research on comets and near-Earth asteroids, as these observations are often made during twilight hours.

One of SpaceX’s first attempts to address the problem was to install a “sunshade” on Starlink satellites capable of blocking incoming sunlight from causing reflections. However, the company now says it’s ditching the sun visor solution. One reason is that visors can also block “laser links” on Starlink satellites. The other is how visors generate too much atmospheric drag, causing satellites to expend more fuel to maintain their orbits.

The company’s alternative solution is to use mirror film on the satellites, which can scatter most of the reflected sunlight away from the planet. “A new, improved version of that movie” is set to arrive for the company’s second-generation satellites, which have yet to launch. According to SpaceX, the new film can reduce brightness more than 10 times compared to the first-generation mirror film.

The other measure is to use darker materials on SpaceX satellites to make surfaces less reflective. On first-generation satellites, the company now uses “dark red” pigmentation on the solar cells instead of white-colored material. For second-generation Starlink satellites, SpaceX has developed a “low-reflectivity black” color. It will be used to paint various components on the satellites, which cannot be covered by the mirror film.

The final mitigation step involves the solar cell arrays on second-generation Starlink satellites. The company plans to orient the solar panels away from the Sun as they cross the terminator boundary, dampening their ability to reflect light back to Earth’s surface.

“This depointing maneuver results in a 25% reduction in power available to the satellites,” the company said. “Despite this cost, SpaceX specifically designed the second-generation satellites to be able to accommodate this significant power reduction.”

According to SpaceX, the mitigation measures promise to make Starlink satellites “invisible to the naked eye when at their standard operating altitude.” However, the company says it is still working to reduce the amount of sunlight that satellites can reflect when they are launched into space, enter orbit, or when they eventually retire and burn up in the atmosphere. atmosphere.

SpaceX also points out that other companies are working on their own satellite constellations to compete with the Starlink network. This could generate even more light pollution in the night sky unless the satellite industry reacts accordingly. SpaceX itself plans to launch tens of thousands of second-generation Starlink satellites in the future, pending regulatory approval.

Recommended by our editors

In response, SpaceX plans to sell the mirror film it developed to third parties “at cost” so that all satellite operators can use it. “Although SpaceX has put considerable engineering effort into dimming the brightness of satellites from the ground, no engineering model is perfect,” the company added. “For this reason, SpaceX plans to continue to find and implement technologies and operational techniques that further reduce the brightness of its second-generation satellites.”

The company has currently launched nearly 3,000 satellites for the first-generation Starlink network.

UPDATE: Astronomy group praises SpaceX for making the upgrades. “This is a true demonstration of good corporate citizenship, representing a significant investment of engineering resources in coatings and operational modeling to reduce the reflection of sunlight hitting ground-based telescopes,” said the International Astronomical Union at PCMag.

“Their sharing of their technical approaches fosters the spirit of cooperation that is the centerpiece of CPS(Opens in a new window) (The UAI center dedicated to the protection of the night sky) aims for interaction with industry,” the union added. We hope their optimism for their Gen2 approach will materialize by meeting published brightness goals and moving the impact into the range where attenuations can significantly reduce data compromise. »

Register for What’s up now to get our top stories delivered to your inbox every morning.

This newsletter may contain advertisements, offers or affiliate links. Subscribing to a newsletter indicates your consent to our Terms of Use and Privacy Policy. You can unsubscribe from newsletters at any time.

If we want to save our planet, we have to think about this world