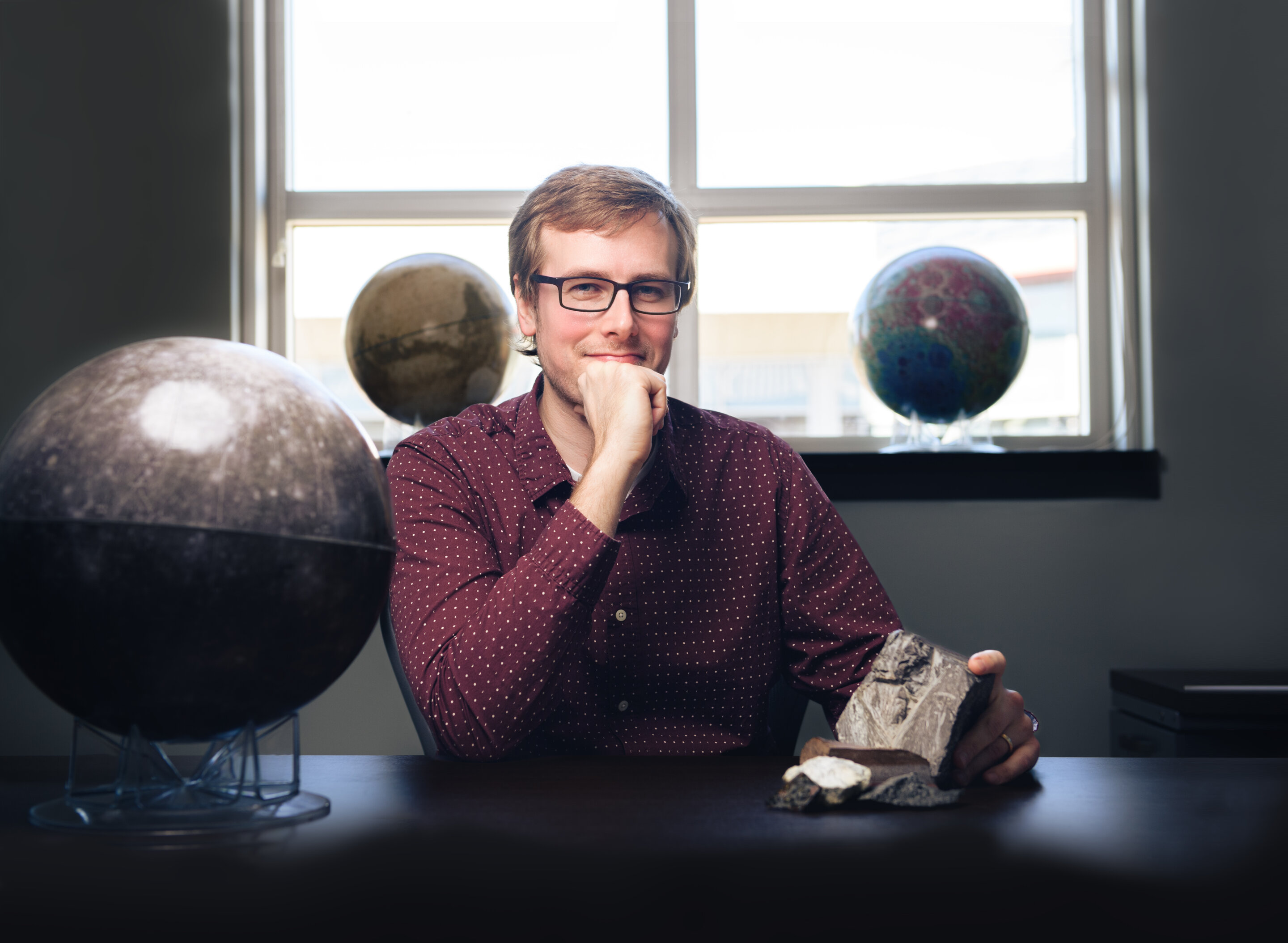 Study impact craters to unlock the secrets of the solar system

Brandon Johnson studies the latter, using impact information to understand the history and composition of planets, moons, asteroids and meteorites throughout the solar system.

“The impact crater is the most ubiquitous surface process that shapes planetary bodies,” Johnson said. “Craters are found on almost every solid body we have ever seen. They are a major driver of change in planetary bodies. They drive the evolution of planetary crusts. All planets and asteroids were built from a series of impacts The study of impacts can help us determine the composition and structure of the planets.

As an associate professor in the Department of Earth, Atmospheric and Planetary Sciences at Purdue University’s College of Science, Johnson has studied nearly every major planetary body in the solar system. And the time scale of his research ranges from relatively recent impacts to almost the beginning of the solar system itself.

Collecting clues from the collisions helps Johnson reconstruct the environment in which the collisions took place, offering in-depth information about how and when the bodies formed. His research helps humans explore planetary bodies in the solar system with only physics, math, and a computer. Space missions and laboratory analyzes constantly provide new data and questions to work on.

“Most meteorites contain chondrules – small, pre-melted particles,” Johnson said. “Essentially, by studying the formation of chondrules by impacts, we can better understand what was happening in the nascent solar system. For example, based on an impact, we were able to determine that Jupiter had already formed about 5 million years after the first solids in the solar system, changing the timeline of our understanding of the solar system.

Johnson and his lab team incorporate known factors about the composition and physics of planetary bodies into complex computer models, running the models under a range of conditions and comparing the results to observed phenomena. Analysis of motions and collisions can offer information about the composition of asteroids and meteorites, helping scientists understand how elements such as water and metal are distributed in a solar system. By studying impact craters and basins on places like Pluto, Venus, and icy moons, and the mechanics of other processes occurring on Europa and asteroids like Psyche, his team can better understand their interiors; if they have molten cores and plate tectonics, for example, or if they have liquid oceans.

His work doesn’t just cover the solar system. He is also studying impacts closer to home, including on Earth’s own moon and terrestrial impacts that may have affected how the Earth’s crust, atmosphere and biosphere have evolved.

An online impact calculator developed by the late Jay Melosh, Johnson’s mentor and former professor emeritus of Earth, atmospheric and planetary sciences, allows anyone to study the impacts of various rocks on Earth . Johnson and his team are rebuilding the tool for a new generation of planetary students.

The research has been published in Icarus.

Quote:
When Worlds Collide: Studying Impact Craters to Uncover the Secrets of the Solar System (2022, March 30)
retrieved March 31, 2022
from https://phys.org/news/2022-03-worlds-collide-impact-craters-uncover.html

This document is subject to copyright. Other than fair use for purposes of private study or research, no
any part may be reproduced without written permission. The content is provided for information only.

scientists’ attempt to uncover the deep past of our solar system