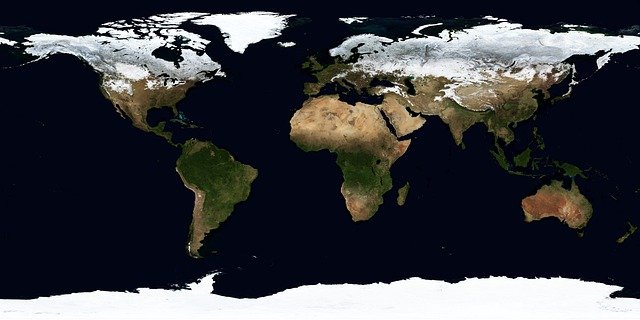 A theory decried by experts when it was first presented in the 1970s is resurfacing as economists debate whether the world can sustain the current speed of development.

Resource and environmental limitations are just two of the main reasons why global economic growth may not be sustainable over the next 80 years. A growing number of experts are pointing again to a previously discredited book, The limits of growthwhich warns that the finite nature of Earth means humanity must slow down or face near certain death.

The publication originally turned heads in 1972, now 50 years after University of California San Diego physics professor Thomas Murphy was among the voices suggesting that our current trajectory cannot continue any longer and criticizing the policymakers for not heeding the half-century warning when it first materialized.

“It’s something that not many people pay attention to,” said Murphy, who published an assessment of the situation in the newspaper this week. Natural Physics. “What does life look like after resource depletion? What steps can we take now to mitigate the worst outcomes – and how do we get people to take this seriously?

“In the past, the Earth was able to meet our growing resource demands,” he continued. “But remember, the Earth has never hosted 8 billion humans before, each of us chasing increased consumption demands.” We cannot base future resource projections on the past. This is uncharted territory.

Murphy, who has written a book on the subject, Human energy and ambitions on a finite planet, used a mathematical equation based on average increases in global energy consumption to calculate projected demands. On this basis, in 400 years the total incidence of solar energy on Earth would be exceeded, while in 1,300 years energy requirements would exceed the Sun’s total output in all directions.

Meanwhile, waste heat levels also paint a grim picture. In 400 years, Earth conditions would be so severely affected by the total energy consumption on Earth that temperatures would hover around 100°C, the boiling point of water. As Murphy explained, the solution is to view the current rate of economic growth as “one phase” and begin to focus on “the issue of more equitable reallocation of current resources” and move to less energy guzzlers.

“We need to change our relationship with the planet. We need humility to accept that we do not own the Earth. But how do you convince someone of something that has never happened before, is in the future and requires sacrifice? Hopefully we can plant seeds soon that will lead to wiser decisions down the road,” he said.

In May, Environmental Journal published an opinion piece on the need to abandon GDP measures of economic success in favor of those more suited to a time when sustainability, health, well-being and the environment should come first.

Difficult Moon, Planet View All Night – When the Curves Align