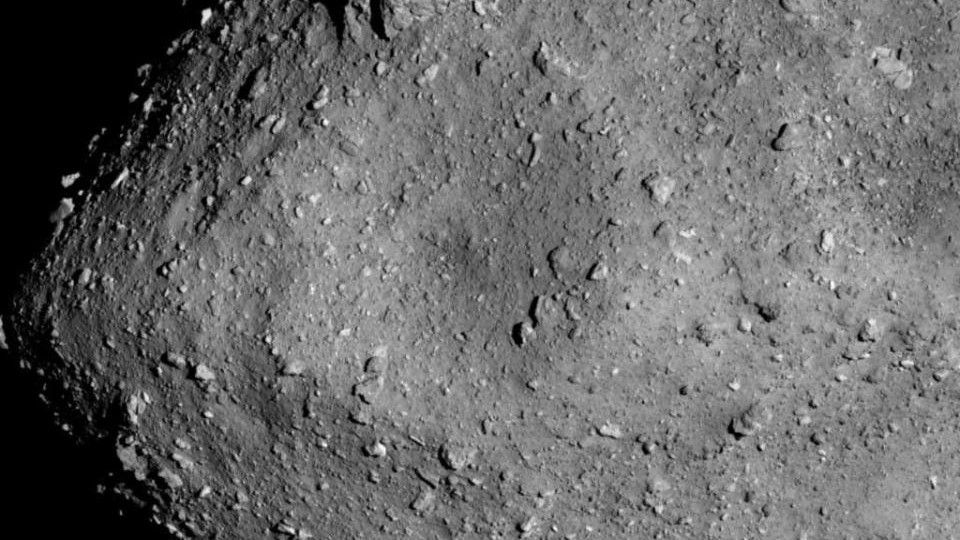 The asteroid Ryugu was born in the cold, in the early days of the solar system

The near-Earth asteroid Ryugu formed far from the sun, in the cold depths of the outer solar system, according to a new analysis of samples returned from Ryugu by Japan’s Hayabusa2 mission.

Hayabusa2 collected two samples of material from Ryuguof the surface in 2019, then returned these samples to Earth in 2020. Initial analyzes indicated that the samples were the most pristine material never seen in the solar systemincorporating dust older than the sun. Essentially, Ryugu has remained unchanged since its formation during the first 4 or 5 million years of the solar system’s history. And the latest research on the samples shows that Ryugu comes from close to the orbit of Neptune and was pushed inward by the migrating ice giant planets.

Analysis of the samples, carried out by a team led by Timo Hopp, a planetary scientist at the Max Planck Institute for Solar System Research in Germany, detected surprising abundances of particular isotopes, which are atoms of a element with a different number of neutrons.

Related: The greatest asteroid missions of all time!

Ryugu is broadly classified as carbonaceous (type C) asteroid, which means it is high in carbon. Carbonaceous asteroids are the most common type of asteroid, but Ryugu’s composition is significantly different from the majority of them. For example, Ryugu’s abundance of the isotope iron-54 is lower than that of most other C-types, with the exception of one type known as CI chondrites.

A well-known example of a CI chondrite is a meteorite called Ivuna which was discovered on Earth in 1938. Ivuna was notable because the proportions of its volatile elements heavier than hydrogen and helium were almost identical to the abundances of said elements which are detectable on the Sunvisible surface, the photospherea sign that the meteorite formed particularly early.

Scientists believe that most C-type asteroids formed in the region where Jupiter and Saturn now orbit the sun, but isotopic signatures of iron from Ryugu and other CI chondrites indicate that these bodies must have formed farther from the sun. The abundance of deuterium (the form of hydrogen that includes a neutron at the core of the atom) and nitrogen-15 isotopes in the Ryugu samples, which one would expect from an origin in the system outdoor solar cold.

However, a team led by Ryuji Okazaki, a planetary scientist at Kyushu University in Japan, recognized some differences in the composition of Ryugu compared to CI chondrites. In particular, these researchers found that Ryugu contains higher abundances of certain noble gases (these are inert, non-reactive gases), including helium, neon, argon, krypton, and xenon, but an abundance lower in the nitrogen-15 isotope than CI chondrites. The discrepancies indicate that while these objects may have formed in the same region of the solar system, Ryugu and the CI chondrites do not necessarily originate from the same parent object.

“In our model, Ryugu could have formed in the region in which it has also been suggested that Oort cloud comets formed before they were dispersed into the Oort Cloud,” Hopp told Space.com. The Oort Cloud is a realm of trillions of small, icy objects that extends out at least a light-year from the sun.” Therefore, one might speculate that some comets in the Oort Cloud might have an isotopic composition similar to that of Ryugu.”

The objects that now inhabit the Oort cloud were scattered outward by Uranus and Neptune; some bodies would have been completely ejected from the solar system to become interstellar objects like ‘Oumuamua. Ryugu, on the other hand, was kicked inward, orbiting in the main asteroid belt Between March and Jupiter until gravitational interactions with Jupiter push it even closer to the sun and it becomes a near-Earth asteroid.

Asteroids with compositions similar to Ryugu, based on remote spectroscopic observations, account for 10% to 20% of all C-type asteroids in the main asteroid belt, suggesting that a significant proportion of primordial objects were scattered inward.

The location of Ryugu near Earth Hopp and his colleagues argue that the planets in the solar system grew rapidly and quickly began to migrate.

“For Ryugu to be dispersed within the first 4 to 5 million years after the solar system formed, the rocky cores of the gas and ice giant planets must have grown rapidly,” Hopp said. “The rapid growth of giant planets can best be achieved by what is called pebble accretion.”

Pebble accretion is a planet formation model in which the first step towards planet building is accomplished by small pebbles and boulders which have gradually accumulated in the cooling protoplanetary disk and which rapidly stick together to form larger and larger objects. However, a sticking point – pardon the pun – for theorists has been getting the pebbles to stick together in a hot protoplanetary disk, because their speeds often cause them to break or bounce off each other. Despite these problems, the existence of Ryugu suggests that accretion of pebbles of some form did indeed occur to form the planets of the solar system.

The research papers by Hopp’s team and Okazaki’s team were published Oct. 21 in the journal Science Advances.