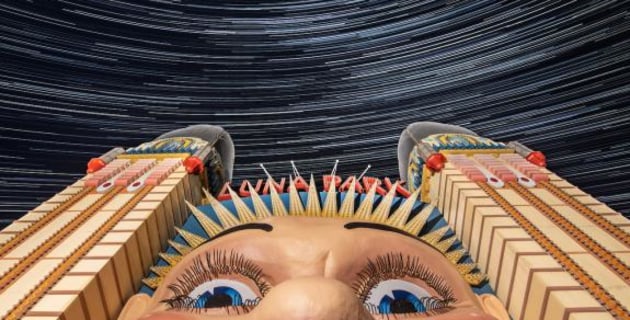 The Brightest Stars: The 2021 Astronomical Photographer of the Year Award Winners

An image depicting a transient star trail, the Space X Falcon 9 passing through Earth’s Moon, and a glowing aurora were among this year’s category winners Astronomy Photographer of the Year Competition.

Now in its 13th year, the Astronomical Photographer of the Year, which is hosted annually by Royal Observatory Greenwich in association with BBC Sky Night Magazine, has become a respected international competition for astrophotography.

Photographer Shuchang Dong was announced as this year’s Grand Prize winner for his simple yet striking photograph of a solar eclipse titled Tthe Golden Ring.

As the winner, Dong walks away with a prize of Â£ 10,000 plus the opportunity for his work to be featured at the winning images exhibition at the National Maritime Museum, UK.

Commenting on the winning photo, Judge LÃ¡szlÃ³ Francsics said: â€œPerfection and simplicity, which can lead to a winning image. The square crop has tension with the mystical ring, and the hazy blue sky is the complementary to the yellow ring. A true masterpiece “.

The names of Australian light photographers

Australian photographers Ed Hurst and Steven Mohr were recognized as shortlisted candidates in the People and space and the Stars and nebulae categories, respectively. You can see their impressive images below.

If you would like to see more of the best photographs, you can check out the entire gallery of shortlisted images on the competition website. here.

James Webb Space Telescope: How, When and Why Its Launch