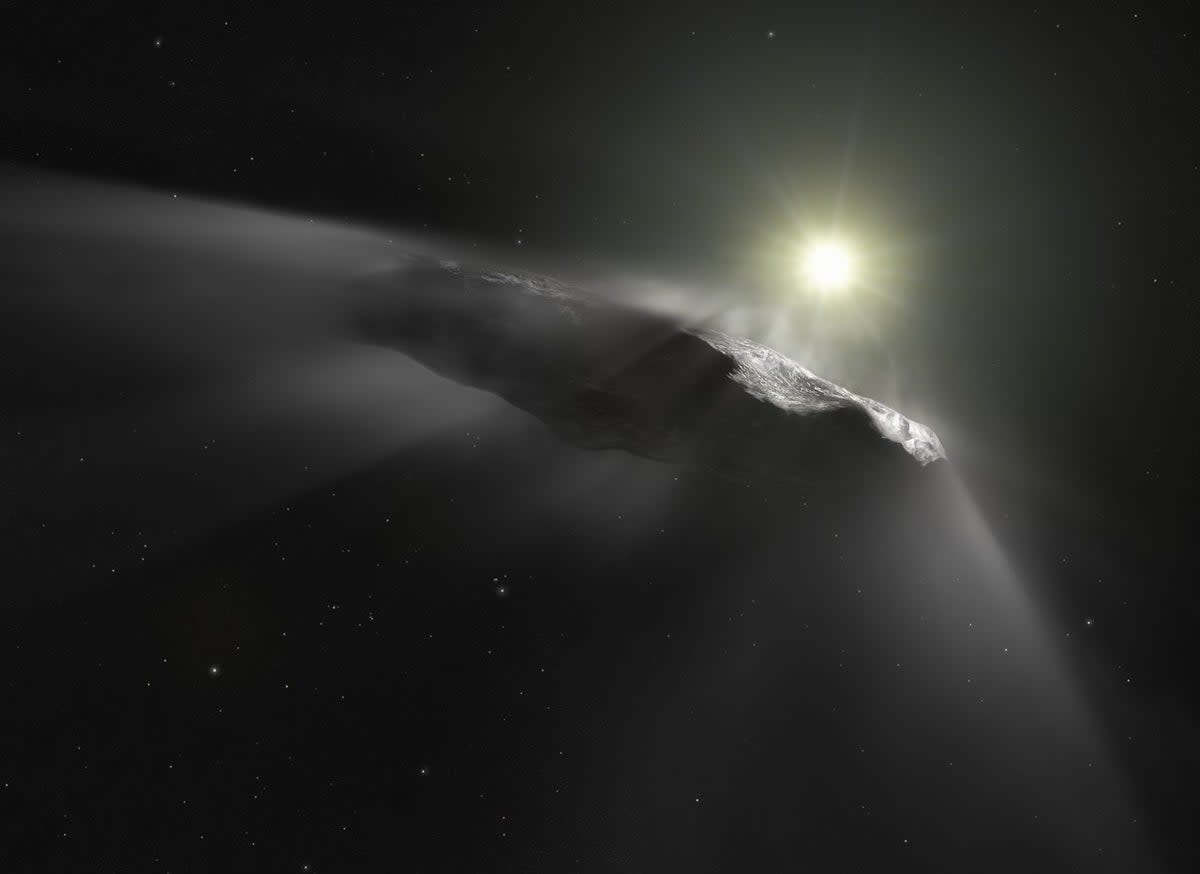 The European Space Agency approved the construction of Comet Mission Interceptor, a small spacecraft designed to fly close to a newly discovered comet or extrasolar object, such as the strange Oumuamua who crossed the Solar system in 2017.

ESA’s Science Program Committee adopted the mission on Wednesday, and ESA will soon select a prime contractor to begin construction of the spacecraft. The Comet Interceptor will launch in 2029, building on the ESA launch Arielle exoplanet mission.

The Comet Interceptor will build on ESA’s previous successes in comet studies, including the Rosette and Giotto missions, which visited comets 67P/Churyumov-Gerasimenko and Halley, respectively.

But both of these comets are “short-period” comets, that is, comets with relatively short orbits that have passed through the inner solar system multiple times.

The Comet Interceptor mission, on the other hand, aims to visit a pristine comet in a long orbit. Possibly a comet from the Oort cloud – a sphere of small icy objects between a quarter and three light years from the Sun – recently perturbed and falling towards the Sun for the first time.

Such an icy object, unthawed by the Sun and untouched by the inner solar system, could provide scientists with a unique view into the composition of the early solar system.

“A true virgin comet has yet to be encountered and explored”, the Comet Interceptor mission website reads.

“Such objects are difficult to target because they can only be discovered when approaching the Sun for the first time, leaving little time to plan and launch a mission towards them.”

So, unlike previous missions, the Comet Interceptor will launch without a specific target in mind.

Instead, the spacecraft – actually three, a main spacecraft and two smaller probes, one provided by the Japanese Space Agency – will head for Lagrange Point 2, or L2, a location about 1, 5 m kilometers behind the Earth as seen from the Sun. Earth and solar gravity cancel at L2, allowing a spacecraft to maintain a constant position relative to Earth. The recently commissioned James Webb Space Telescope also orbits L2.

Once a candidate pristine comet is identified, the Comet Interceptor will accelerate into an L2 trajectory to intercept and fly close to the target, releasing the two probes to obtain data and images from three different angles as the spacecraft and the comet pass each other at high speeds.

“In this way, the innovative mission will build a 3D profile of its as yet unknown target,” said a ESA Blog on mission statements.

But pristine comets aren’t the only targets of interest.

Despite its name, the Comet Interceptor could also aim to intercept objects traversing the solar system, like the oblong-shaped asteroid Oumuamua, which astronomers have confirmed originated from outside our star system.

Recent research has indicated that these visitors may pass by more often than previously thought, with Earth itself being hit by extrasolar meteors. about once a decade.

But above all, despite the speculations of a Harvard Astronomer that Oumuamua was a secret alien spacecraft, the Comet Interceptor would not approach such an object under this assumption, according to a Twitter thread on the mission from ESA’s Senior Advisor for Science and Exploration, Mark McCaughrean.