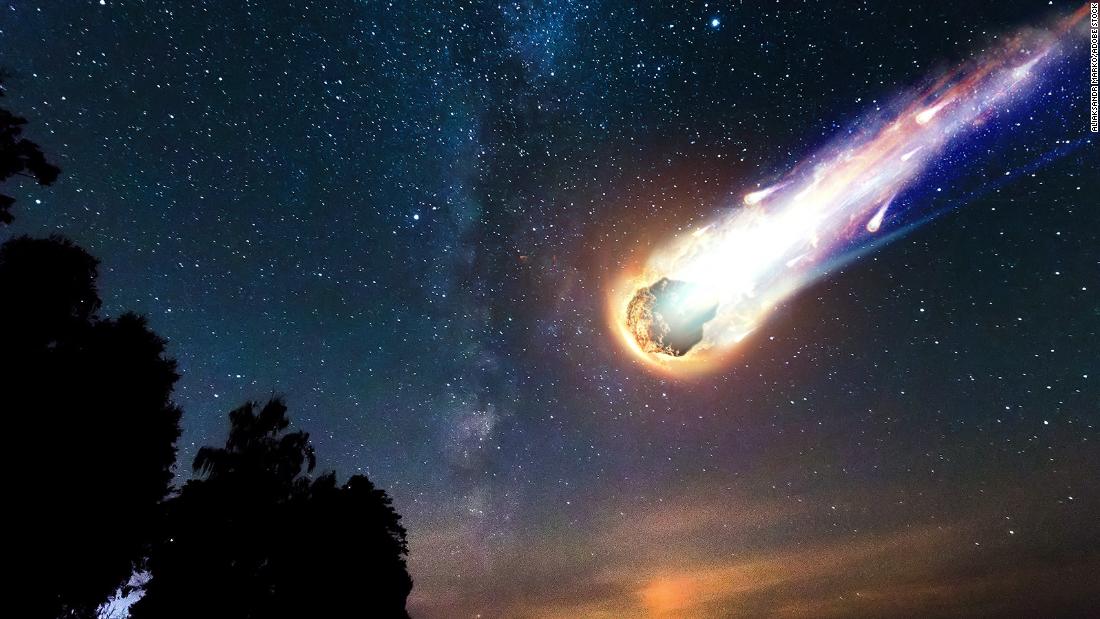 That’s right. It’s been a year since we launched this journey of curiosity, as Dustin Henderson of “Stranger Things” would say. There are few things greater than marveling together at the many splendors of the scientific world.

I’ve loved every minute of it so far, and it’s thanks to you for joining us every step of the way. We appreciate you spending every Saturday with us and sharing your valuable feedback.

If you enjoyed this weekly space and science party, stay tuned. There’s so much to look forward to as we dig into new discoveries and navigate the secrets of the universe on this fascinating nonstop cruise.

Grab a celebratory cupcake and dive into some of the intriguing treasures we’ve collected for you this week.

A meteor needed speed as it approached our planet from beyond the solar system – but luckily it didn’t reach the danger zone.

The first known interstellar meteor to hit Earth crashed along the northeast coast of Papua New Guinea in 2014, according to a newly released document from the United States Space Command.

Interstellar space rocks are rarely observed in our solar system. This one was probably expelled from its own planetary system before heading to our corner of the universe.

Little is known about the meteor, including when and where it came from. Researchers want to retrieve some of it from the Pacific Ocean, which may not be possible. But it would be the “holy grail of interstellar objects” if they could.

And if that’s not enough for you, check out this powerful laser, or “megamaser”, that has just been detected in deep space.

A phenomenon known as atmospheric “rivers in the sky” is melting the ice of Antarctica.

Soaring temperatures caused an ice floe the size of Los Angeles to collapse in Antarctica in March. The heat that started it the event was caused by an atmospheric river or a long plume of moisture that draws in warm air from the tropics.

The concern now is that these intense celestial rivers could lead to the collapse of the largest ice shelf on the Antarctic Peninsula, called Larsen C.

Scientists are still trying to determine the exact link between atmospheric rivers and the climate crisis, but one thing is certain: the collapse of Larsen C would be bad news for sea levels around the planet.

Congratulations are in order for everyone’s favorite hippo, Fiona. The Cincinnati Zoo’s social media sweetheart is about to become a big sister. Fiona’s mother, Bibi, is pregnant and her “big bundle of joy” is expected to arrive at the end of the summer.

The news came as a shock as Fiona’s father died in 2017 and Bibi was on birth control. But Tucker, who arrived at the zoo in 2021, has been “smitten” with Bibi since they met.

Fiona caught the eye in 2017 after being born six weeks premature. The little hippo persevered and his journey as he navigated those vulnerable early days captured the hearts of many.

Now Fiona weighs 1,300 pounds, happy and healthy – and we have no doubt she will be an amazing big sister.

Our solar system is an inexhaustible source of admiration.

For years, scientists have wondered why the far side of the moon looks so different from the lunar side we see in the sky every night. And an old impact may be the culprit. The new rocket NASA has tested will help transport humans to another new lunar exploration site: the moon’s south pole.
Meanwhile, the Curiosity rover narrowly avoided rolling over dangerous, scaly “alligator-saddle” terrain on Mars, which could have shortened the robotic explorer’s lifespan.

A ghost flower has been discovered in the cloud forest of Ecuador.

The stunning orange wildflower, called Gasteranthus extinctus, was thought to be extinct for decades before being rediscovered by researchers.

It was last seen in 1985 and earned its sad name because scientists saw no future for the flower as the cloud forest experienced deforestation.

Its flowers have been found flamboyant, but the flower is still considered endangered.

And while searching for this rare flower, researchers have found nearly half a dozen new-to-science plant species – another reason to help save this unique cloud forest.

Keep an eye out for these:

— A new satellite can follow the evolution of our environment. It is able to measure invisible things like nutrients in a plant.
— Watch out for the pink full moon shining in the night sky over the weekend — but don’t expect the moon to actually be pink, as it’s associated with that color for a different reason.
— A completely silent solar-powered boat, currently on a trip around the globe three times, could revolutionize the shipping industry.
Do you like what you read? Oh, but there’s more. register here to get the next edition of Wonder Theory, brought to you by the CNN Space and Science writer, delivered to your inbox Ashley Stricklandwho marvels at the planets beyond our solar system and the discoveries of the ancient world.