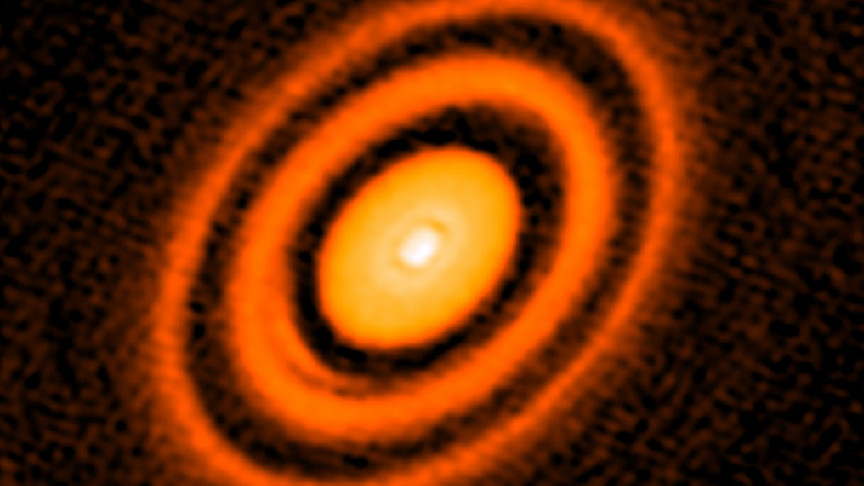 The sun was once surrounded by rings of gas and dust similar to those orbiting Saturn, a new study published in the journal natural astronomy reveals.

These rings played a vital role in the formation of our solar system and in the size and habitability of the Earth.

Rings of dust and gas from the early sun may have prevented our planet from becoming a “super-Earth”, according to the Rice University astrophysicists behind the new paper. “In the solar system, something happened to prevent Earth from expanding into a much larger type of terrestrial planet called super-Earth,” Rice University astrophysicist André Izidoro said in A press release.

Super-Earths are huge, rocky planets that have been observed around about 30% of the sun-like stars in the Milky Way. Using advanced computer modeling to simulate the formation of our solar system, Rice University scientists observed that the early sun likely produced three bands of high pressure, called “pressure humps”, which were observed around distant stars. These discs likely prevented the necessary material from reaching Earth, making it a “super-Earth”, the scientists explained.

“If super-Earths are super-common, why don’t we have one in the solar system?” said Izidoro. “We propose that pressure bumps produce disconnected reservoirs of disk material in the inner and outer solar system and regulate the amount of material available to grow planets in the inner solar system.”

In their simulations, Izidro said the timing of the formation of pressure bumps was found to be crucial in the formation of super-Earths. “At the time the pressure hump formed in [some] case, a lot of mass had already invaded the inner system and was available to create super-Earths,” he said. “So the timing of when this medium pressure hump formed could be a key aspect of the solar system.”

The researchers’ modeling provides new insights into the very early formation of our solar system, and the model accurately reproduces known features of our solar system that were missed by other previous models, the researchers said. Soon, new data from the recently launched James Webb Space Telescope will provide deeper insight into the early composition of solar systems and allow the scientific community to compare these models to distant approximations of reality.

Geospatial data as a vital tool to protect planet Earth