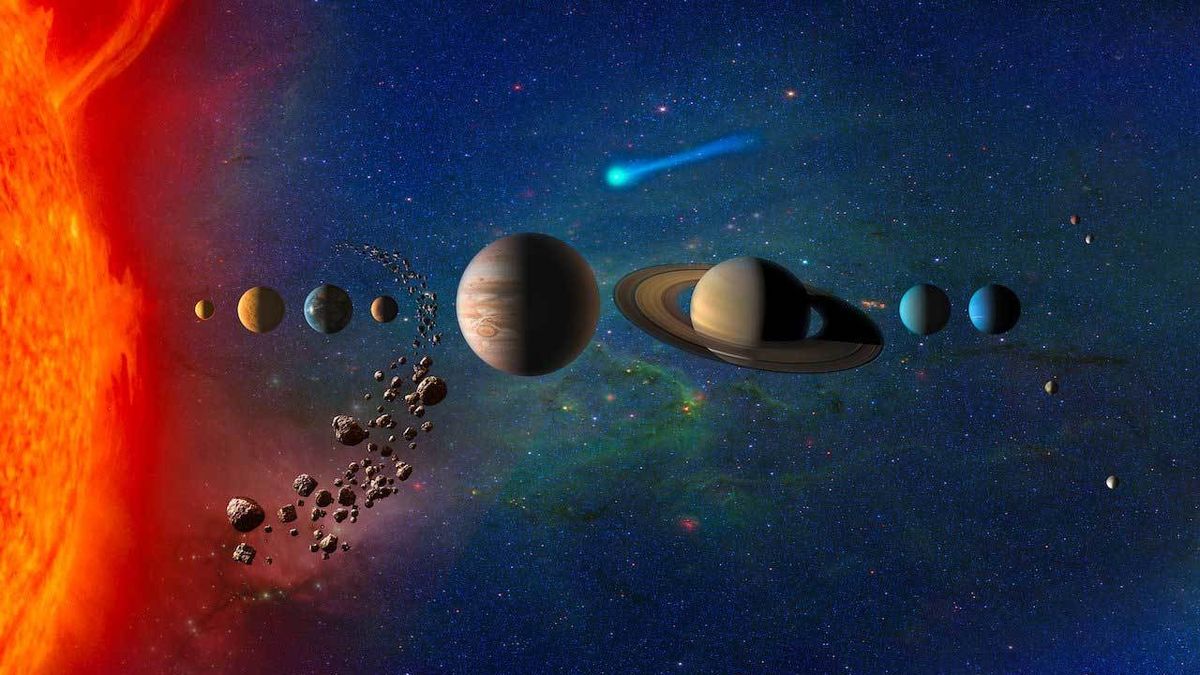 The inner solar system spins much slower than the laws of modern physics predict, and a new study could help explain why.

A thin disk of gas and dust, known as the accretion disk, spirals around young stars. These disks, where planets form, contain remnants of star-forming material that is a fraction of the star’s mass. According to the law of conservation of angular momentum, the inner part of the disc should spin faster as the material spins slowly inward toward the star, similar to how figure skaters spin faster as they bring their arms closer to their body.

However, previous observations have shown that the inner solar system – the region of the solar system which extends from Sun to the asteroid belt and includes the terrestrial planets — does not spin as fast as predicted by the law of conservation of angular momentum. Using new simulations of a virtual accretion disk, scientists from the California Institute of Technology (Caltech) demonstrated how particles in the accretion disk interact.

Related: 25 weird and wild facts about the solar system

“Angular momentum is proportional to velocity times radius, and the law of conservation of angular momentum states that angular momentum in a system remains constant,” the Caltech researchers wrote in A declaration. “So if the skater’s radius is decreasing because they’ve retracted their arms, then the only way to keep the angular momentum constant is to increase the rotational speed.”

So why is the angular momentum of the inner accretion disk not conserved? Previous research has suggested that friction between regions of the accretion disk or turbulent (and friction-creating) magnetic fields could slow the rotational speed of incoming gas, the statement said.

“I was concerned about that,” said Paul Bellan, professor of applied physics at Caltech and co-author of the study, in the statement. “People always want to blame turbulence for phenomena they don’t understand. There’s a big cottage industry right now that argues that turbulence explains the suppression of angular momentum in accretion disks.”

To better understand the loss of angular momentum, Bellan studied the trajectories of atoms, ions and individual gases in an accretion disk and, in turn, how the particles behave during and after collisions. While charged particles — electrons and ions — are affected by both gravity and magnetic fields, neutral atoms are only affected by gravity.

In turn, the accretion disk acts like a gigantic battery, with a positive terminal near the center of the disk and a negative terminal at the edge of the disk. These terminals generate powerful currents, or jets of matter, which project into space on both sides of the disc.

“This model had just the right amount of detail to capture all the essential features because it was large enough to behave like billions and billions of neutral particle, electron and ion collisions orbiting a star. in a magnetic field“Bellan said in the statement.

Their findings were published on May 17 in The Astrophysical Journal.

Beneath the Andes: the Earth’s crust is “dripping” inside the planet