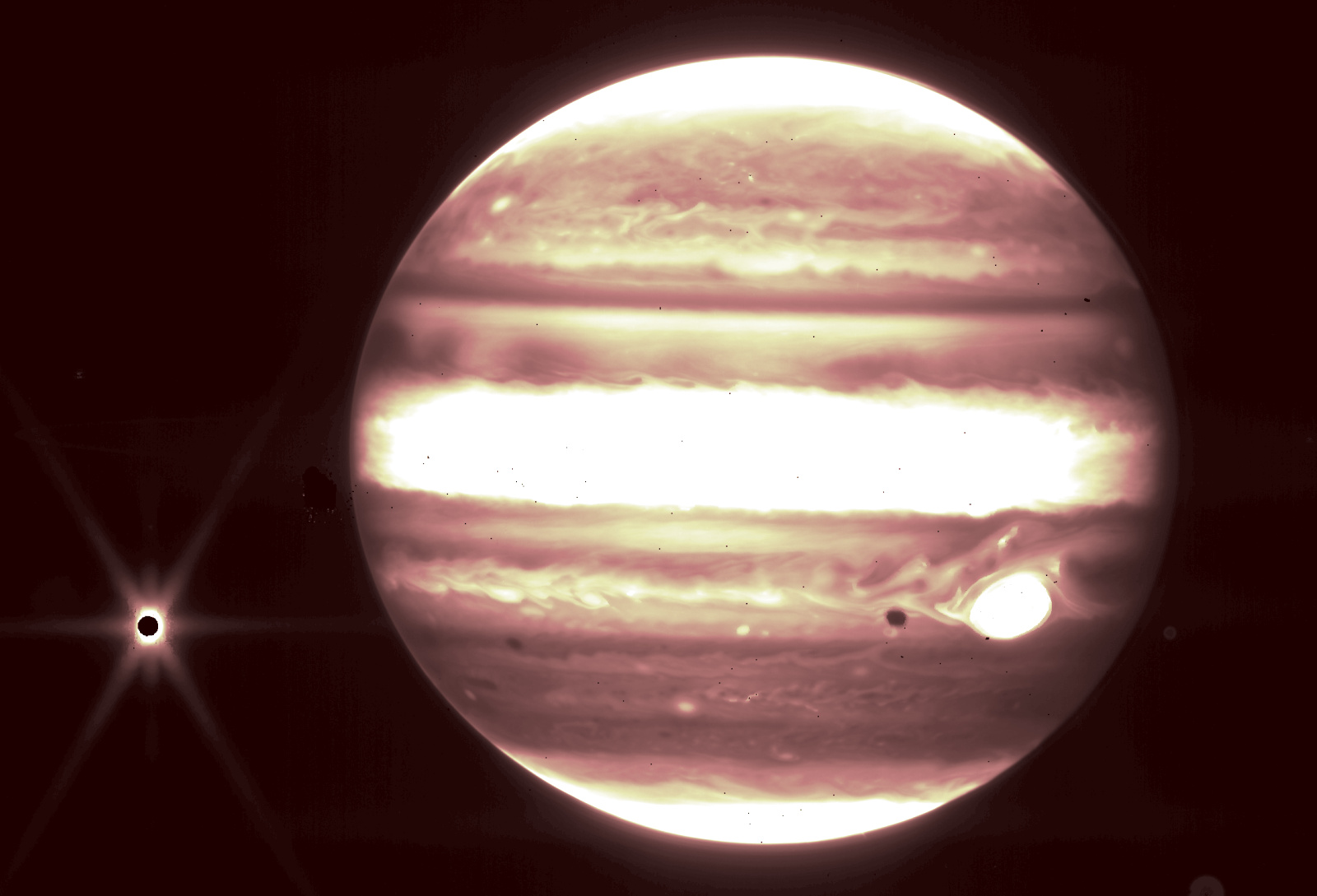 Over the past few days, NASA has released stunning photos of nebulae, groups of galaxies, and even the “deepest” view of the universe taken by the James Webb Space Telescope. Now the agency has released images of something much closer to home than everyone’s favorite new telescope – sorry, Hubble! – captured. When James Webb’s team was calibrating the instrument, members took pictures of Jupiter to see if it can be used to observe nearby celestial objects like moons and asteroids, as well as other things like planetary rings and satellites. The answer, it turns out, is yes.

A photo taken by the telescope’s Near Infrared Camera (NIRCam) instrument’s short-wavelength filter (above) clearly shows the distinct bands of the gas giant and its moon Europa. The large red spot is also perfectly visible, although it appears white due to the way the image was processed. When the NIRCam instrument’s 2.12 micron filter was used, the resulting image showed the Jovian moons Europa, Thebe, Metis and even Europa’s shadow near the Great Red Spot. And when the team used NIRCam’s 3.23 micron filter, the resulting image captured some of Jupiter’s rings, as you can see below:

Bryan Holler, one of the scientists who helped plan these sightings, said:

“Combined with the deep field images released the other day, these images of Jupiter demonstrate the full understanding of what Webb can observe, from the faintest and most distant observable galaxies to planets in our own cosmic backyard that you can see with the naked eye from your actual backyard.”

It should be noted that James Webb captured these images moving through his field of view in three separate observations, proving that he is able to find and track stars near a celestial body as bright as Jupiter. This means it can be used to study the moons of our solar system and could give us the first images of plumes of material known to spit out natural satellites like Europa and Saturn’s moon Enceladus.

The team also tracked asteroids in the asteroid belt to determine the fastest objects they can observe. They found that he could still collect data from objects moving at up to 67 milliarcseconds per second in his field of view. NASA says it’s equivalent to tracking a moving turtle a mile away. As Stefanie Milam, James Webb’s assistant project scientist, said, these images show that “everything worked brilliantly”. We can expect not only more detailed and impressive images of space in the future, but also information that could shed more light on the formation of the first galaxies.

All products recommended by Engadget are selected by our editorial team, independent of our parent company. Some of our stories include affiliate links. If you purchase something through one of these links, we may earn an affiliate commission.