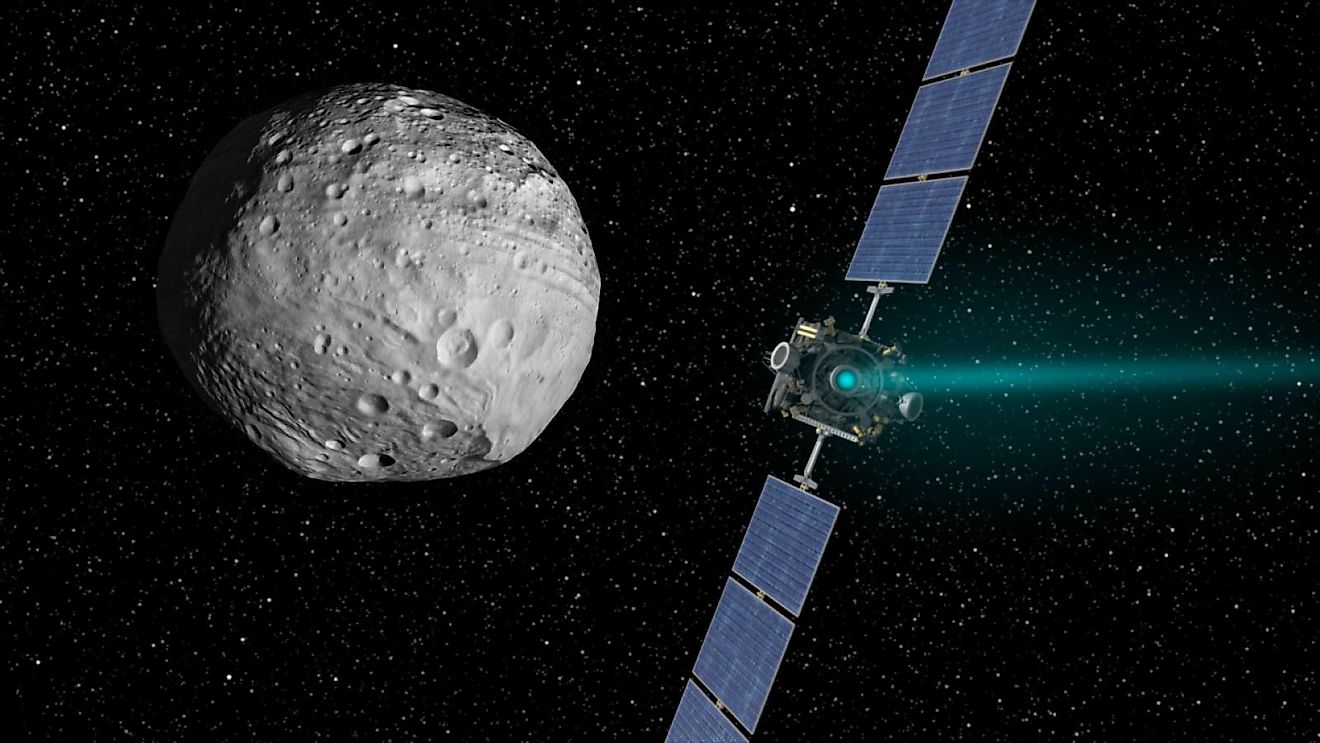 The largest asteroid in the solar system

Asteroids are leftover debris from the formation of the solar system. The vast majority of asteroids in our solar system are located in the asteroid belt, which orbits the sun between the orbits of Mars and Jupiter. Astronomers estimate that there are millions of asteroids in the asteroid belt, ranging from the size of a pebble to a few kilometers in diameter. Some, however, can be much larger than most. To date, the largest asteroid ever discovered was also one of the first to be discovered. Called Vesta, it measures 326 miles (525 kilometers) in diameter.

The first object discovered in the asteroid belt was Ceres. Ceres was discovered by astronomer Giuseppe Piazzi in 1801. Initially, Piazzi believed he had found a comet, but further observations revealed that it was actually something else. Piazzi believed he had discovered a new planet, but Ceres was later reclassified as an asteroid. Today, Ceres is defined as a dwarf planet. Although Ceres may not have been an actual asteroid when discovered, it directly led to the discovery of other asteroids and the asteroid belt as a whole.

Subsequent observations of Ceres and its orbital path began to reveal a number of other objects. A year after the discovery of Ceres, astronomers discovered another large object located between the orbits of Mars and Jupiter. As was the case with Ceres, astronomers thought this newly discovered object was a planet, but it was also later reclassified as an asteroid. The object was called Pallas and it was the first true asteroid ever discovered. Interestingly, astronomers thought Ceres and Pallas might be remnants of a planet that was destroyed long ago, so they started looking for more debris. Astronomers believed that by looking in areas where the orbital paths of Ceres and Pallas intersect, they would find more debris. Although we know today that Ceres and Pallas are not the remains of a planet, astronomers began to find more asteroids where the orbital paths crossed, which turned out to be a complete coincidence. . In 1807, while gazing into the constellation Virgo, astronomer Heinrich Olbers discovered a large asteroid known as Vesta.

Vesta is the largest asteroid in the solar system and the second largest object in the asteroid belt after Ceres. Interestingly, Vesta is probably the largest object to have formed in the asteroid belt, as Ceres is thought to have formed in the outer solar system billions of years ago. Although Vesta is the largest and most massive asteroid, its gravitational pull is still far too weak to pull the object into a spherical shape. On the contrary, Vesta appears lying down. Vesta orbits the sun at an average distance of 232 million miles (373 million kilometers) in the inner regions of the asteroid belt. At this distance, it takes about 3.6 years for Vesta to orbit the sun.