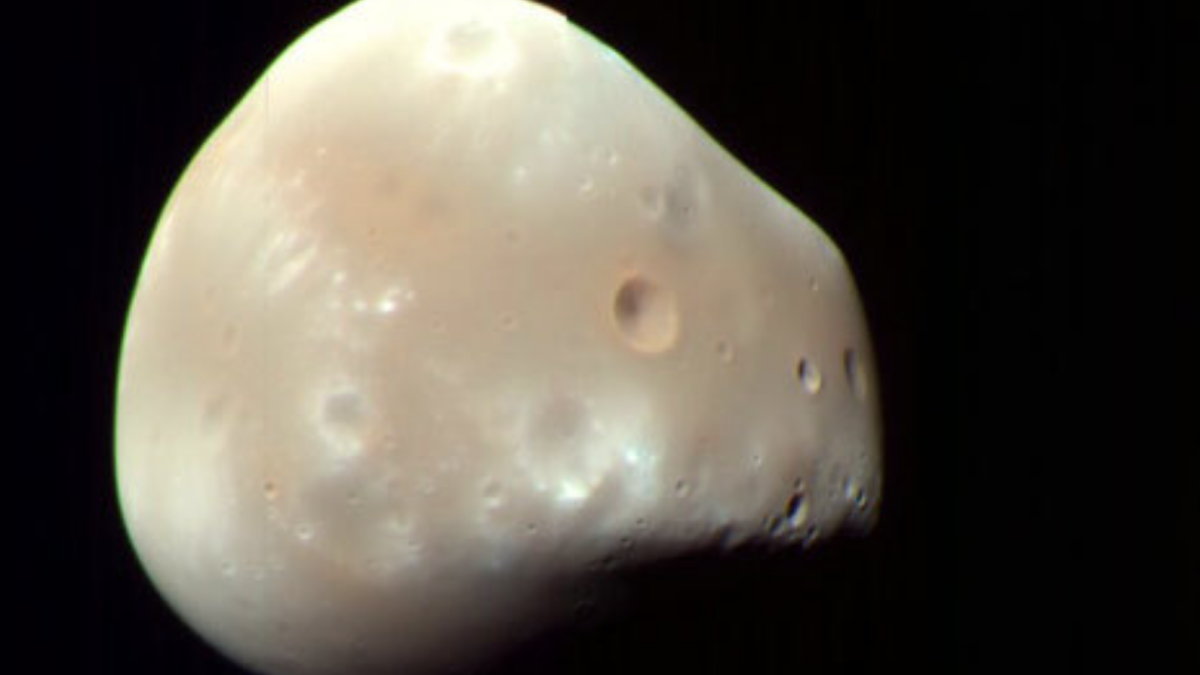 A satellite orbiting Mars has captured stunning views of our solar system.

The European Space Agency recently released footage filmed this year by its Mars Express satellite, which has been capturing detailed views of the Red Planet for nearly two decades.

Looking out into space beyond Mars, we can see Deimos, the small, lumpy moon of the desert world, traveling across the foreground of the photo. Beyond, some 466 million kilometers away, lies bright Jupiter and its four great moons: fascinating Europa, which probably contains an ocean; lava-covered Io, which is the most volcanically active world in our solar system; Ganymede, the largest moon in our solar system; and Callisto, a cratered moon. In the images below, these four Galilean satellites – named after Italian astronomer Galileo Galilei, who discovered them with a telescope centuries ago – appear as white dots.

The mega-comet passing through our solar system is 85, yes 85, miles wide

The space agency describes the scene made up of 80 images: “First, Deimos passes in front of Jupiter’s moons Europa and Ganymede (left), followed by Jupiter (large white circle), and Io and Callisto (right). The slight movement of Deimos in the image sequence is caused by the small vibrations after the spacecraft has moved into position.”

Like many moons, Deimos is covered in craters. But Deimos is quite small, about seven miles in diameter (Earth’s moon is well over 2,000 miles in diameter), so when objects crash into the tiny satellite, rocks and dust are blown up (“ejected” ) probably escape into space instead of falling back to the surface, NASA explains.

Meanwhile, on the surface of Mars, scientists are closely scrutinizing the Martian desert for clues that early microbial life may have inhabited the planet. There is still no evidence of life beyond Earth. But NASA’s car-sized Perseverance rover is currently exploring the dried-up river delta in Mars’ Jezero Crater, a place planetary scientists believe once housed a lake.

“This delta is one of the best places on Mars for the rover to search for signs of past microscopic life,” NASA said.