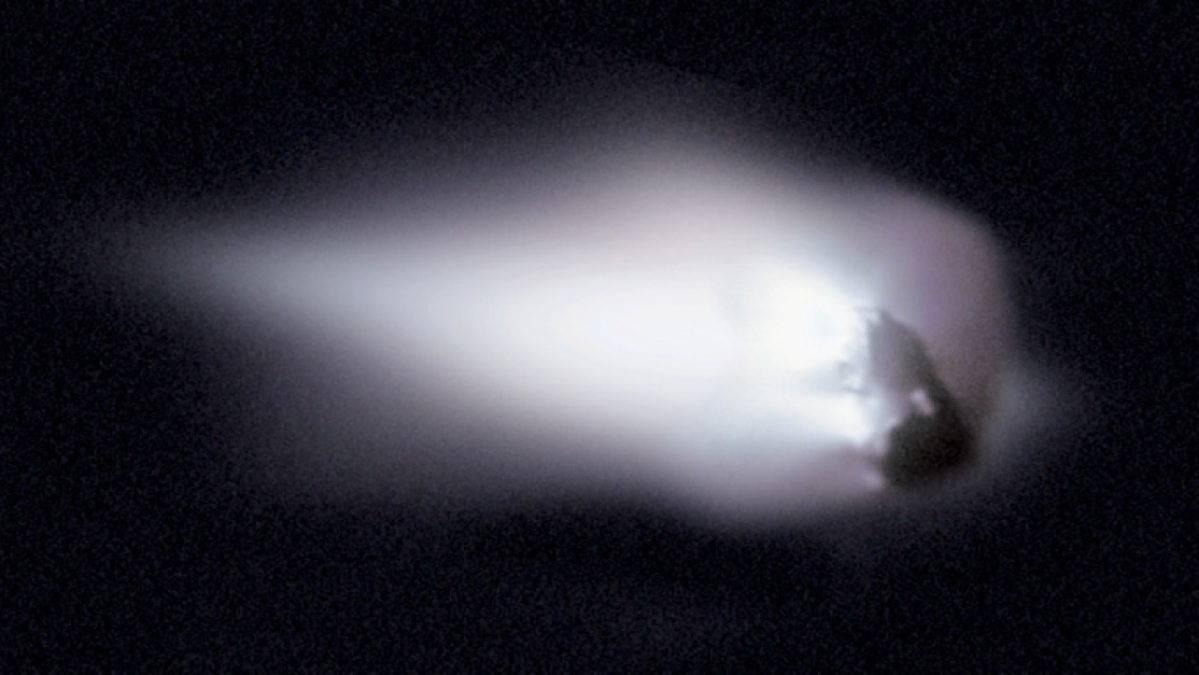 The mega-comet passing through our solar system is 85, yes 85, miles wide

There are genuine behemoths that sail around the solar system.

In 2021, astronomers identified a gargantuan comet – an ancient mass of ice, dust and rock – passing through our cosmic neighborhood. Luckily, it won’t come within a billion miles of Earth. Named Comet Bernardinelli-Bernstein, it was possibly the largest comet ever detected, probably about 10 times larger than the 6 mile wide object that hit Earth and triggered the extinction of the dinosaurs.

Now, new research more accurately assesses the size of the comet. It’s even bigger than some astronomers thought. In the new studyto be published in the scientific journal Astronomy & Astrophysicsscientists believe it is 85 miles wide.

If it stood next to Mount Everest, it would be about 15 times larger.

“It’s huge,” marveled Samantha Lawler, a University of Regina astronomer who studies objects deep in our solar system. “It is by far the largest comet ever discovered.” (Lawler had no role in the new research.)

There are almost certainly other deeply giant comets. We just have to keep looking. After all, Comet Bernardinelli-Bernstein, Lawler noted, was barely discovered. He was unknowingly picked up during a study of galaxies in the deep cosmos in 2014. Then he took years and using intensive computation for scientists to sift through numerous sightings and ultimately identify this distant monster (from June 2021, it was 1.8 billion miles from the sun).

“These big things are out there,” she said.

Like many other comets, Bernardinelli-Bernstein originated from the Oort cloud, a sphere of ancient and icy objects surrounding the solar system. There, disturbances, like another massive object passing by, can send a large ball of ice through our solar system. Comet Hale-Bopp, another visitor to the Oort Cloud, captivated skywatchers in 1996 and 1997.

Importantly, Hale-Bopp passed 122 million miles from Earth, which is relatively close in cosmic terms. Bernardinelli-Bernstein, more than twice the size of Hale-Bopp, will not approach Saturn’s orbit, about a billion kilometers away, in 2031.

How can astronomers measure the size of such a distant object?

Simply looking at its luminosity (i.e. the amount of reflected sunlight) won’t be enough, explained Emmanuel Lellouch, an astronomer at the Paris Observatory and one of the study’s authors. From Earth, a large, dim object could have the same luminosity as a small but bright comet.

The astronomers have therefore measured the “thermal flux” of the comet, that is to say the amount of heat given off by the object. To do this, they look at a type of light called “infrared”. It is not visible to the human eye, but we feel this light when the sun shines on our skin. A larger object will absorb more sunlight and then radiate that energy. This information, combined with the object’s distance, gave Lellouch and his team a quality estimate of the comet’s size.

“It was in a freezer for billions of years.”

“It’s a way of finding out the size of something in the outer solar system without sending a probe there,” Lawler said.

In the years to come, the giant Bernardinelli-Bernstein will reveal bounties about our solar system. Scientists don’t think the comet ever traveled close to the sun, meaning the sun’s heat didn’t evaporate from its surface and form an iconic tail of dust and gas (called a coma). Instead, the comet has existed for eons on the outskirts of our solar system. It is a scientifically prized frozen artifact from the beginnings of our cosmic home. It’s a glimpse of what happened here about 4 billion years ago, just as the Earth was beginning to form.

“It was in a freezer for billions of years,” Lawler said.

As the comet approaches the sun over the next decade, Lellouch noted that astronomers will observe dust and gases on this giant, ancient, and preserved piece of ice and rock.

“It’s never come this close to the sun,” Lawler said.

Related video: Mars will kill you in ways you never imagined

The fate of our planet depends on the soil, our “silent ally”, according to a UN scientist

View from Mars Hill: detection of the youngest pair of asteroids in the solar system | Columnists