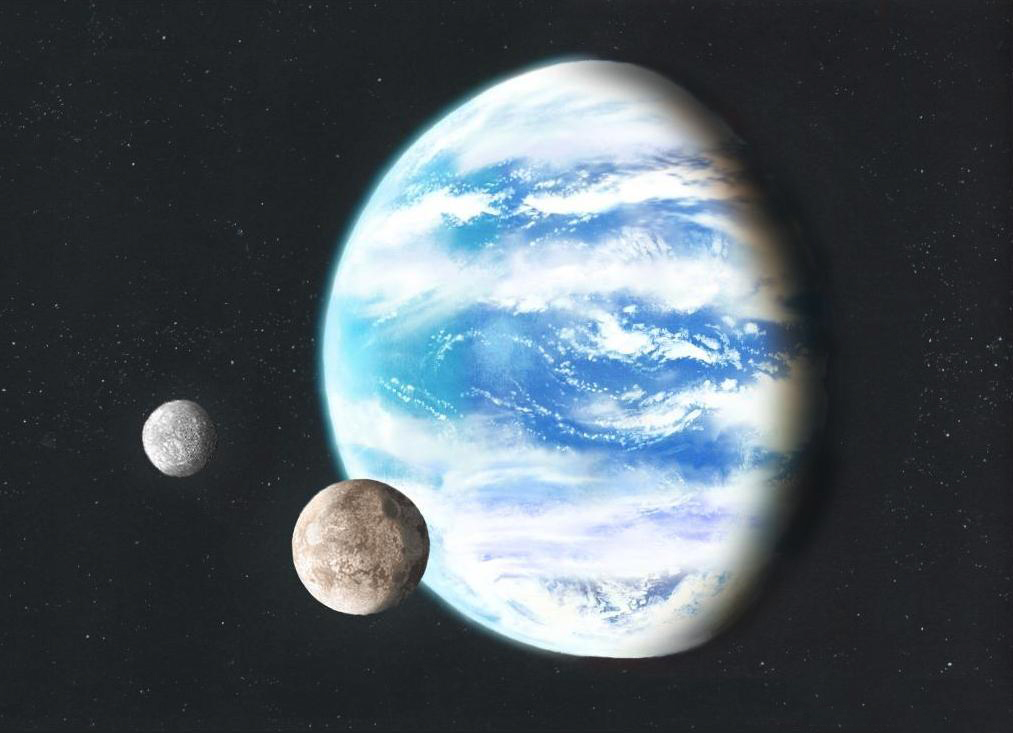 The riddle of life: the location of land on a planet can affect its habitability

New climate models have shown that the amount and location of land on a planet’s surface can have a significant impact on its habitability. Astronomers have identified substantial differences in surface temperature, sea ice, and water vapor across a planet’s surface for different Earth configurations. The work will be presented on Monday July 11 at the National Astronomy Meeting (NAM 2022) by Evelyn Macdonald, a graduate student at the University of Toronto, Canada.

A team of researchers from the University of Toronto applied a three-dimensional climate model (ExoPlaSim) to simulated Earth-like planets with two distinct daytime configurations. The first configuration is a circular continent in the middle of the dayside surrounded by the ocean. The second configuration is the opposite: a circular ocean in the middle of the dayside with land everywhere else. In both cases, the size of the circle has been changed to demonstrate how the planet’s climate depends on the fraction of land for each of these continent configurations.

Among other things, the habitability of a planet depends on its surface temperature and the amount of moisture in its atmosphere. The study models net precipitation, cloud fraction and surface temperature on the dayside of the planet for different land configurations.

The results show that the amount of land and its configuration can have a large effect on the planet’s surface conditions. For models with similar land fractions but opposite configurations, the average surface temperature can change by up to ~20ohC. The results indicate that the amount of water vapor in the planet’s atmosphere is highly dependent on the area of ​​ice-free ocean on its surface. Planets with high terrestrial fractions have hotter, drier daytime sides with clouds and precipitation mostly confined to small central areas.

Macdonald says: “Knowing whether life exists elsewhere in the universe is a key challenge for astronomy and science as a whole. Our work demonstrates that the distribution of land on an Earth-like planet has a significant impact on its climate, and should help astronomers looking at planets with instruments like the James Webb Space Telescope to better interpret what they see.”

Image link: https://nam2022.org/images/SOmaps1.jpg
Credit: Adapted from Macdonald et al. (2022)
Legend: Diurnal maps of climatic variables for terrestrial planets. The line labels (left) show the different fractions of land on the dayside. The columns (left to right) show the earth map, net precipitation (precipitation in blue and evaporation in red), cloud cover and surface temperature. Here, planets with larger continents have less rain and cloud cover, and their daytime faces are hot and dry.

Image link: https://nam2022.org/images/SCmaps1.jpg
Credit: Adapted from Macdonald et al. (2022)
Legend: Diurnal maps of climate variables for ocean-centered planets. The line labels (left) show the different fractions of land on the dayside. The columns (left to right) show the earth map, net precipitation (precipitation in blue and evaporation in red), cloud cover and surface temperature. Daysides here are hot and dry when the land fraction is high, but there is still an ice-free ocean, so there is always some level of cloud and precipitation.

The NAM 2022 conference is primarily sponsored by the Royal Astronomical Society (RAS), the Science and Technology Facilities Council (STFC) and the University of Warwick.

About the Royal Astronomical Society

The Royal Astronomical Society (RAS), founded in 1820, encourages and promotes the study of astronomy, solar system science, geophysics and closely related branches of science. The RAS organizes scientific meetings, publishes international research and review journals, recognizes outstanding achievement through the awarding of medals and prizes, maintains an extensive library, supports education through grants and research activities. awareness and represents British astronomy nationally and internationally. Its more than 4,000 members (Fellows), a third of whom are based abroad, include scientific researchers in universities, observatories and laboratories as well as historians of astronomy and others.

About the Science and Technology Facilities Council

The Science and Technology Facilities Council (STFC) is part of UK Research and Innovation – the UK body which works in partnership with universities, research organisations, businesses, charities and government to create the best possible environment for research and innovation. The STFC funds and supports research in particle and nuclear physics, astronomy, gravitational research and astrophysics, and space science and also operates a network of five national laboratories, including Rutherford Appleton Laboratory and Daresbury Laboratory, as well as UK research support to a number of international research facilities including CERN, FERMILAB, ESO telescopes in Chile and many more.

STFC’s Astronomy and Space Science Program provides support to a wide range of facilities, research groups and individuals to study some of the highest priority questions in astrophysics, cosmology and solar system science. STFC’s Astronomy and Space Science program is delivered through grants for research activities, as well as support for technical activities at STFC’s UK Astronomy Technology Center and RAL Space at Rutherford Appleton Laboratory . The STFC also supports British astronomy through the European Southern International Observatory and the Square Kilometer Array Organisation.

About the University of Warwick

The University of Warwick is one of the world’s leading research institutions, ranked among the top 10 universities in the UK and the top 80 universities in the world. Since its founding in 1965, Warwick has built a reputation for scientific excellence, through the Faculty of Science, Engineering and Medicine (which includes WMG and Warwick Medical School).