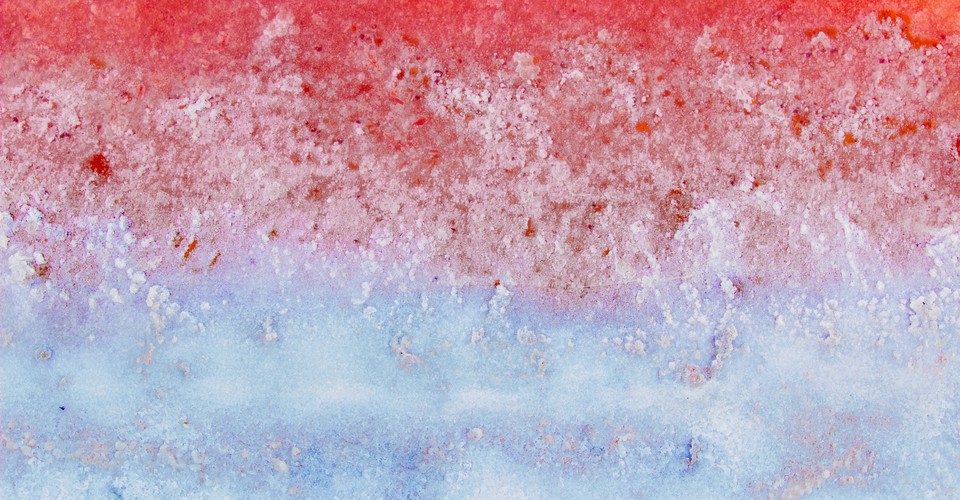 Ed Rivera-ValentÃ­n has spent a lot of time thinking about brines recently. The special ratio of salt to water in the marinade. The special ingredients that can give things an extra boost.

I’m referring, of course, to the salty solutions that are found throughout our solar system, on planets and moons and even asteroids. It wouldn’t be good for a Thanksgiving turkey, but they could be one of the more intriguing substances in finding alien life. Last month, Rivera-ValentÃ­n, a planetologist at the Lunar and Planetary Institute in Texas, and other scientists gathered for BrinesCon, the first of three conferences in the coming years devoted to brines. A little water, a pinch of salt, this is the kind of mixture that, under the right conditions, could give life a chance to exist, Rivera-ValentÃ­n told me. â€œWhen we find life,â€ he said, â€œit will probably be associated with a brineâ€.

Over the years, NASA has pursued a strategy of “following the water” when searching for alien life, sending spacecraft to search for traces of H2O on celestial bodies. But “you will never find pure liquid water,” said Rivera-ValentÃ­n. “What you’re going to find are brines.” So when scientists are looking for water beyond Earth, they are really looking for salt water. This is where interesting things can happen. Life on Earth is believed to have formed in a primordial soup seasoned with salt, and our oceans today are just giant brines – and teeming with life.

While we haven’t found any evidence of life outside of Earth yet, it turns out the rest of the solar system is pretty salty. Spacecraft have discovered frozen brines on the surface of Mars and evidence of liquids that may exist deep underground. The icy moon of Saturn Enceladus has a brackish ocean under its icy crust. NASA’s spacecraft orbiting Saturn even sampled Enceladian brine before when the material escaped from a crack in the ice and was sprayed into space. In addition to the salts, the passing spacecraft detected organic compounds – not evidence of life, but certainly an indication that the underground ocean could potentially harbor some form of it. Europa, another frozen moon around Jupiter, has a brackish ocean that sometimes spits into space as well. And data from spacecraft suggests that even Ceres, the largest object in the asteroid belt, could have small pockets of brine draining deep inside its interior.

Brines are great natural places to search for life, as salt can do magical things for water. The presence of salt can prevent water from freezing in very cold weather, which is why people salt their driveway before a snowstorm. â€œThe salts allow liquid water to exist further into the solar system, which expands the Goldilocks area in the solar system where life could exist,â€ Mohit Melwani Daswani, a geochemist and planetologist at NASA’s Jet Propulsion Laboratory. And the longer a brine can remain unfrozen, the more stability the mixture offers to any life form that might choose to inhabit it.

But as with any good recipe, there is a balance, Daswani said. Too little salt and water could have a hard time mixing with the other chemicals in the brine. Too much salt and not enough water to participate in these chemical reactions, and any form of cellular life that may exist will dry out and break down. â€œThere is definitely a sweet spot out there,â€ he said.

That’s one of the goals of the brine community in astronomy: to determine the conditions under which brines could produce life – the microbial type, which we’re much more likely to detect than the advanced civilization type. We know that microbial life on Earth comfortably exists in strange places. “Most of the time, when we look for life somewhere, even if it is 800 meters under the Antarctic sea ice or buried in a subglacial lake or in a mine, we find life there”, said Jennifer Hanley, planetary scientist at Lowell Observatory in Arizona, told me. For example, in Chile’s Atacama Desert, one of the planet’s best analogues for Mars, the salt in the soil – ordinary old table salt – absorbs moisture from the air on humid days. The water turns into liquid droplets and, together with the salt, produces a tasty brine for bacteria that live in dry land. The process is known as deliquescence, which resembles a chemical reaction or a cooking technique.

Much like space brine, the perfect turkey brine also involves a bit of mystery, says Bill Nolan, supervisor of the Butterball Turkey Talk-Line, a hotline the poultry company has operated since the 1980s for the most pressing questions of the people. Americans on Thanksgiving Meal. . The process can be tricky. â€œPeople have called me and said, ‘I just realized my turkey has been in the brine for two and a half days,’â€ Nolan told me. â€œWhen something is too salty, it’s a little hard to get that salt out. Like planetary scientists who warn that too much salt is bad for life, Nolan says too much salt is bad for flavor.

So don’t over-salt your turkey and don’t over-salt the solar system. Consider adding peppercorns to your turkey brine, as Nolan recommends, or candied ginger, as Hanley did. Perhaps nature has made some interesting additions to Brines Beyond Earth as well, seasoning them with just enough elements for a piece of life to be born.