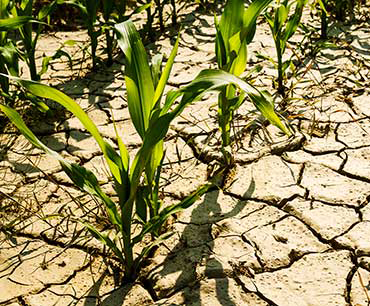 ACROSS the Northern Hemisphere, a taste of the apocalypse is unfolding in the form of heat waves, out-of-control wildfires, displacement and death. In Europe, the crisis has already claimed around 2,000 lives in Portugal and Spain and affected thousands in the UK, France, Germany, Greece and elsewhere. Humanity faces the inexorable consequence of its collective failure to heed expert warnings about worsening global warming. The world must act now urgently to stop environmental degradation and save the planet.

Some pessimists believe it is already too late, believing that the planet has been damaged beyond repair. Most scientists and climate change activists, however, remain optimistic. But they also warn that the time to act before irreparable damage is done has shrunk. Less developed countries like Nigeria that have contributed to this global environmental hazard should learn from it and take drastic measures to implement strong environmental protection measures.

In Europe, heat waves have killed around 128,000 people over four decades. Thousands of people have been displaced, properties destroyed and social and economic activities affected. In 2022 alone, around 500 wildfires were reported in England and Wales, compared to 237 recorded in 2021. In the United States, wildfires have ravaged California and residents of several other states are at risk . US climate envoy John Kerry has hinted that President Joe Biden is considering announcing a ‘climate emergency’ and symptomatic of how politics stands in the way of needed action, many Republicans in Congress continue to oppose the radical legislation recommended by the experts.

To avoid catastrophe, the world must change the way it manages the planet. The Amazon (Brazil), the world’s largest rainforest, is rapidly losing vegetation, prompting the Council on Foreign Relations, a US think tank, to warn that failure to take corrective action could lead to irreversible consequences .

The world is expected to sharply slow the continued use of fossil fuels and greenhouse gas emissions which are now at the highest level in human history, according to the United Nations. Other reckless practices that deplete the ozone layer, carried out by the most industrialized nations, have largely brought this calamity upon mankind. Countries should work together to reverse the damage, reduce global temperatures and rebuild the ozone layer.

Rightly identified by the World Health Organization as “the greatest threat to the health of humanity”, climate change, fueled mainly by human activities, manifests itself in extreme weather conditions, excessively hot temperatures , destructive rainfall, extreme flooding, rising sea levels, wildfires that devour even green grasslands, drought and unpredictable weather. This contributes significantly to the global food crisis, the extinction of terrestrial and aquatic species, the disappearance of flora and fauna and other dangers.

The message must convey that no country, no population will be spared the impending catastrophe unless determined efforts are made to reverse it. Embracing renewable energy and switching from fossil fuels is now more critical than ever.

The United Nations Environment Program warns that while Africa has contributed negligibly – around 2-3% – to climate change, the continent stands out disproportionately as the most vulnerable due to its low level of growth. socio-economic and the lack of resources needed to mitigate the impact.

The WHO said global warming will affect determinants of health like clean water, food sufficiency and safe shelter between 2030 and 2050. It could cause around 250,000 deaths a year, while the health cost is estimated at $2-4 billion from 2030. Countries like Nigeria will be the least able to cope.

Leaders at all levels should therefore re-examine Nigeria’s embrace of climate action. Since most parts of Nigeria, except the Federal Capital Territory, are under state jurisdiction, governors and state institutions should develop a robust program to deal with the impending calamity.

Leadership is crucial. The President, Major General Muhammadu Buhari (Retired), is expected to fast-track the establishment of the proposed National Climate Council to implement Nigeria’s Climate Change Act. A national action plan should involve all levels of government, NGOs, global partners, community and traditional authorities and faith-based organizations. Awareness campaigns should be multi-level, sustained and inclusive. Above all, leaders at all levels must lead by example, not dictate.

Nigeria is already dealing with the effects of climate change: water bodies like Lake Chad and several rivers have been severely denuded over decades in the North; food becomes scarce as the desert expands. Lagos, a coastal state and commercial nerve center, is already in danger and must take decisive action to save its territory. With the state’s rampant land reclamation, the warning that the state could be flooded with water in a few years should be taken seriously. Additionally, the National Emergency Management Agency says 233 LGAs in 32 out of 36 states would experience severe flooding this rainy season.

The national tree-planting campaign should therefore be relaunched quickly. Now is the time to embrace cleaner energy. There must be aggressive reforestation, and it must be a collective effort. Laws making tree planting compulsory for all landowners should be enacted by the various governments. Young people should be involved from primary school through their school programs to instill lifelong awareness of climate action.

The languid National Guidance Agency must wake up to the task of educating Nigerians about this threat. Practices such as indiscriminate waste disposal, neglected drainages, gas flaring and the continued use of fossil fuels must be addressed quickly. The government should support the private sector to ensure that cooking gas is available and more affordable, thereby discouraging the use of kerosene, firewood and other impure fuels.

Low cooking gas penetration for a country with proven gas reserves of 209.5 trillion cubic feet should be corrected. The government must accelerate action on electricity supply to eliminate carbon emissions from millions of generators which have become the reliable source of power for many. Likewise, the illegal logging that has become commonplace must be quickly halted through relevant environmental laws and their enforcement.

The world’s major economies should put aside politics, rivalries and selfish interests and come together to save the planet.

Peat moss isn’t good for the planet, but there’s a more sustainable option

The bluest asteroid in the solar system has baffled scientists for years, but now its SECRET is out