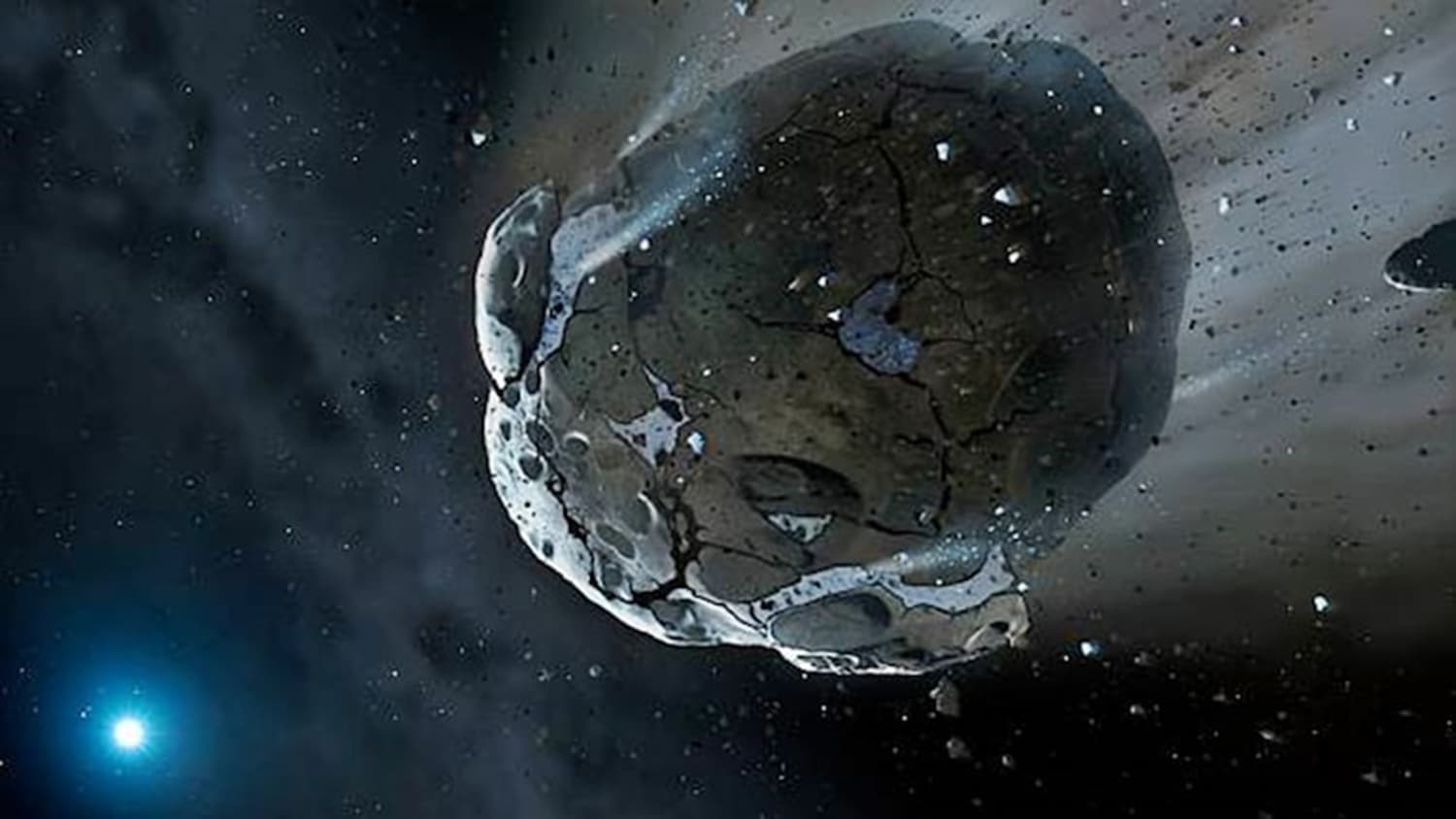 Scientists led by Sunao Hasegawa of JAXA, the Japanese space agency, have reported the discovery of two red objects in the asteroid belt between Mars and Jupiter. These intruding objects are believed to be formed beyond Neptune and sort of crept into their current sockets.

The objects are asteroids, nicknamed 203 Pompeja and 269 Justitia. They are loaded with organic matter, possibly including the building blocks of life on Earth.

Asteroids orbit about 2.7 and 2.6 times the Earth-Sun distance, well inside the asteroid belt. 203 Pompeja, about 70 miles in diameter, appears to be structurally intact, while 269 Justitia, only about 35 miles away, is likely a fragment from a previous collision. Due to their stable circular orbits, scientists believe that objects settled in this space a long time ago.

Objects in our solar system, enriched with organic material, reflect blue light, while objects containing organic material outside the solar system glow red. The reason behind the red surface is many organic elements, possibly the building blocks of life on Earth.

Objects containing such organic material have a lot of ice on the surface. Based on this fact, scientists assumed that things must have formed in a very cold environment. Then the solar irradiation of the ice creates these complex organic compounds.

203 Pompeja and 269 Justitia are special because they appear redder than anything seen in the asteroid belt. The discovery, if correct, would offer evidence for planetary migration at the start of the solar system.

Most of these objects remaining today are known as Transneptunian objects and orbit the Kuiper Belt beyond Neptune. Many are red in color. 203 Pompeja and 269 Justitia both seem to match them.

Josh Emery, a University of Northern Arizona planetologist who was not involved in the article, said: â€œPeople have been talking about a fraction of asteroids coming from the Kuiper Belt for some time now. The research “definitely takes a step” toward finding evidence to support this hypothesis. “

Karin Ã–berg of Harvard University, who was not involved in the new study, told the New York Times: “It is an exciting discovery with implications for the origins of life.”