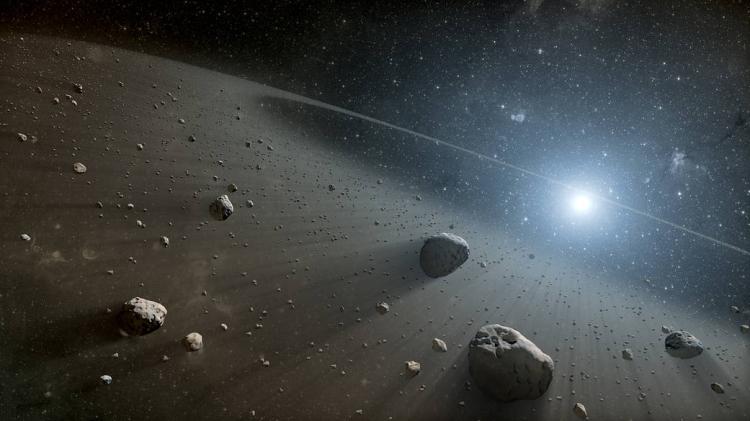 The United Arab Emirates Space Agency (UAE) is embarking on a new space mission in collaboration with CU Boulder’s Atmospheric and Space Physics Laboratory (LASP). The mission will build on the success of the UAE’s ongoing Emirates Mars mission to visit a much more ambitious target: the asteroid belt.

Like their comet and Kuiper Belt cousins, asteroids are small rocky bodies that archive gases and dust present during the early stages of our solar system’s formation. Although researchers have studied these minor planets using terrestrial and space telescopes, the small size of the asteroids and their great distance from the sun have limited our ability to understand their volatile materials and their extraordinary supply of minerals. The international team plans to build and deploy a state-of-the-art instrument suite to collect the data needed to reveal the history of several asteroids and uncover their future potential as space resources.

“The Asteroid Belt is an exciting research opportunity that encompasses the scientific, engineering and mission operations capabilities of LASP while aligning with the aspirations of the United Arab Emirates Space Agency to advance our understanding of our solar system, â€said Pete Withnell, LASP program manager. â€œThis new mission will build on our successful knowledge partnership between engineers and scientists from both countries and provide ample opportunities to develop new cutting-edge technologies. ”

The new mission will build on the transformative change that has taken place in the UAE’s space sector with the aim of making a significant contribution to space exploration. This was catalyzed by the Emirates Mars Mission (EMM), the first Arab mission to another planet, which resulted from a foundational collaborative partnership between the UAE’s Mohammed Bin Rashid Space Center and LASP at CU Boulder. This collaboration led to the successful launch, orbital insertion and continued data collection of EMM.

â€œPartnering with the United Arab Emirates Space Agency for this new mission will push the boundaries of scientific discovery while enhancing scientific knowledge and advancing critical engineering skills,â€ said Dan Baker, Director of LASP. â€œThis is a unique opportunity to learn more about the beginnings of our solar system while helping to inspire a new generation of students studying science, technology, engineering and math in both countries. “

“The new mission we are mounting to explore the asteroid belt takes us to another level of complexity and capability development, and represents a quantum leap for the development of the UAE space sector,” said Sarah Al Amiri, Minister of the United Arab Emirates. Technology and President of the United Arab Emirates Space Agency. “It is also both the continuation and the deepening of the collaboration between Emirati engineers and scientists and the University of Colorado, which has been instrumental in our work to accelerate our space sector.”

The mission will include a significant element of private sector participation, with a series of initiatives launched to encourage both emerging Emirati space startups and the growing specialization of existing companies involved in areas such as avionics and manufacturing to move forward. focus on the country’s developing space sector.

â€œWith this mission, we are focused on leveraging our work with CU and LASP to foster our private sector, using our academic partnership to translate into real value creation and economic opportunity,â€ Al Amiri said. “We can already see tremendous synergies between Colorado’s vibrant space community and the emerging industry here in the Emirates.”

LASP is a world-renowned research institute at CU Boulder that engages in the full cycle of space exploration, from conception to instrument and satellite design, mission operations and scientific discovery. In addition to its involvement in numerous interplanetary missions, the Lab has played a leading role in the development of small satellite technologies to answer key scientific questions. LASP, which began a decade before the creation of NASA, is the only university research institute in the world to have sent instruments to the eight planets and to Pluto.