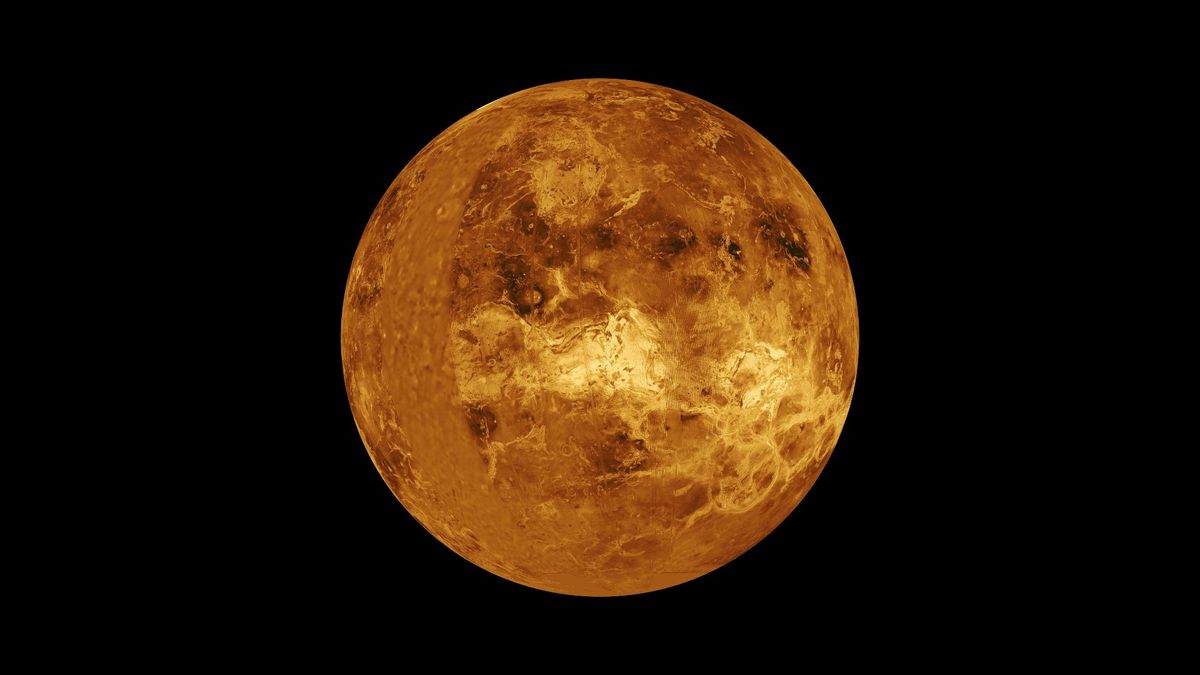 Venus: The Hellish Planet Next Door

Venus is a hot, hellish world and the second planet from the sun. The Earth-sized planet could be considered our twin if not for its thick, toxic atmosphere and surface temperatures hot enough to melt lead.

Despite such extremes, researchers have long wondered if organisms could exist in the upper cloud layers of Venus, where more clement conditions can be found. Controversial data suggests that Earth’s sister world in the solar system may not be so different from life-bearing Earth after all.

How did Venus get its name?

The modern name Venus comes from the ancient Roman goddess of love and beauty, according to NASA. After the sun and the moon, Venus is the third brightest object in the earth’s sky, which means people have known about it since time immemorial.

The ancient Greeks named Venus after their own love goddess Aphrodite, while the ancient Egyptians named the planet for the goddess Isis, according to the European Southern Observatory. Other names for Venus include Astarte (Phoenician), Fria (Saxon), Ishtar (Sumerian), and Jīnxīng (Great White One in Chinese). The Maya considered Venus a god of war and kept careful records of her position in the sky.

What is Venus made of?

To like Earth, Venus is a rocky planet. With a diameter of 7,520 miles (12,100 kilometers), according to NASAVenus is only a little smaller than our planet, with a mass about 80% that of Earth, according to the Live Science sister site. Espace.com.

The interior composition of Venus is quite similar to that of Earth; both planets have an iron core surrounded by a mantle of hot rocks and a thin outer crust, according to NASA. The surface of Venus is covered with a range of geological structures, such as mountains, valleys and volcanoes. It even has continental features, including a rocky mountainous area the size of Australia called Ishtar Terra near its north pole, and an even larger region the size of South America called Aphrodite Terra extending on its equator.

How far is Venus from the sun?

Venus is 67 million miles (108 million km) from the sun on average, according to NASA, or about 70% of the distance between the Earth and the sun. Venus is the closest planet to our world, lying about 38 million miles (61 million km) away at its closest approach.

The length of a year on Venus is 225 Earth days, but because our sister world rotates extremely slowly on its axis, its day length is longer than its year – 243 Earth days, according to NASA. The sun rises in the west and sets in the east on Venus because the planet rotates in the opposite direction to ours, although no one knows why.

Since the mid-20th century, humans have sent several probes to fly by, orbit, and land on Venus. The first spacecraft to fly successfully over another planet was Mariner 2, which was launched by the United States on August 27, 1962 and came within 21,600 miles (34,760 km) of Venus, according to NASA.

The Soviet Union’s Venera program, which lasted from the early 1960s to the 1980s, successfully landed 10 probes on Venus and transmitted data from the surface, according to NASA. Venera 7, launched in 1970, was the first robot to land on another planet and send data back, although it only lasted 23 minutes before succumbing to the planet’s hellish conditions, according to the agency.

NASA’s Magellan spacecraft orbited and mapped the surface of Venus in detail in the 1990s, while the European Space Agency (ESA) Venus Express studied the planet from its orbit starting in 2006. Finally, the Japanese Venus Climate Orbiter, also known as Akatsukihas been studying the planet’s atmosphere since 2015.

In 2022, NASA released stunning pictures taken while the Parker solar probe was flying over Venus. These were the first visible-light images of the planet, revealing its surface features, including continents, plains and mountain ranges.

Yet Venus is relatively understudied compared to planets such as Mars. But in the near future, Venus will be visited by many new spacecraft, including the upcoming Deep Atmosphere missions Venus Investigation of Noble Gases, Chemistry and Imaging (DAVINCI) and Venus Emissivity, Radio Science, InSAR, Topography and Spectroscopy (VERITAS) from NASA, according to Space.com. ESA also plans to fly its EnVision probe exploring Venus in the 2030s.

Is there life on Venus?

Although the surface of Venus has long been considered inhospitable, researchers have speculated that living creatures could potentially survive in an upper cloud layer where average temperatures are 86 F (30 C). The possibility received a major boost in 2020, when astronomers announced they had detected a chemical called phosphine in this upper cloud layer.

Phosphine is a very simple molecule which, on Earth, is only produced by living organisms and human activity. No known non-living process could easily explain the presence of phosphine on Venus. But the discovery was not without controversywith other scientists saying the detection might be wrong or there might be an unknown phosphine-producing process on Venus.

Subsequent research on phosphine did not see it in the same quantities as the original discovery. Other studies have also pointed out that the amount of water on Venus is so small that even Earth’s most drought-tolerant microbes would struggle to survive and that the planet may have suffered from such a lack of water in the distant past.

For now, life claims on Venus remains attractive but inconclusive and will require data from future probes to investigate further.