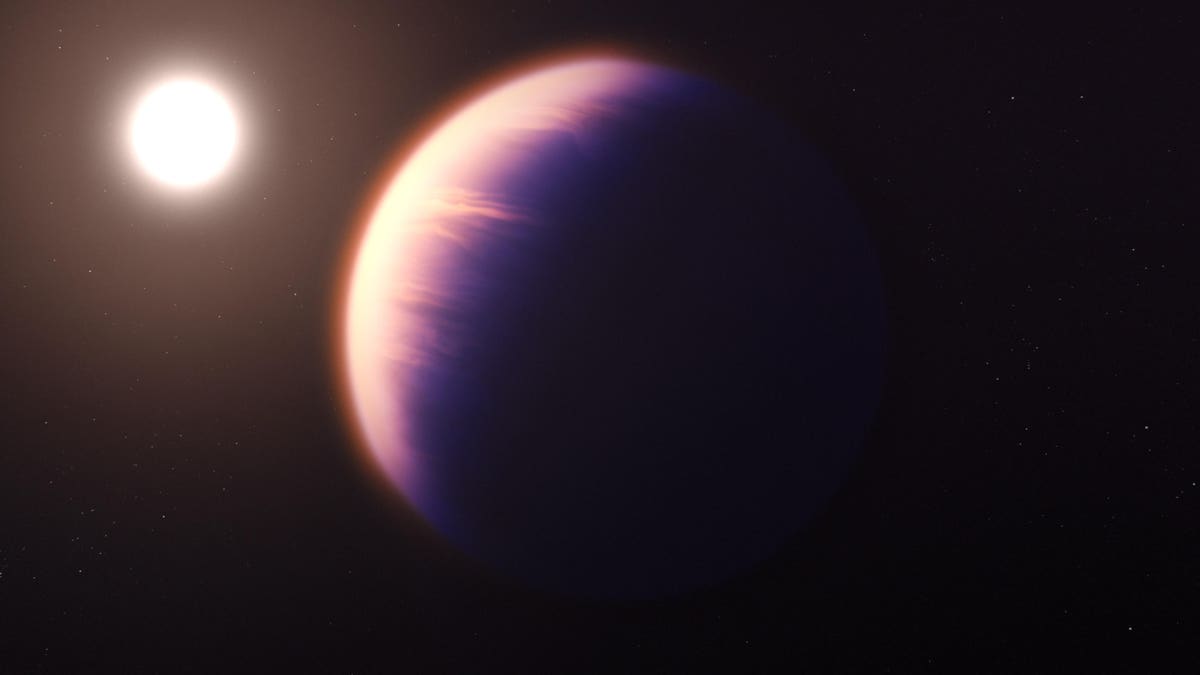 Carbon dioxide has been conclusively detected in an exoplanet’s atmosphere for the first time – and on demand.

The gas, a major component of Earth’s atmosphere, was discovered on July 10, 2022 by the James Webb Space Telescope (JWST) in the atmosphere of WASP-39b, a hot gas giant orbiting a star similar to the Sun about 700 light years away. From land.

WASP-39b was the first exoplanet of which JWST made an official observation.

This adds another marvelous discovery to add to JWST’s already incredible accomplishments, which include imaging the most distant star known through a ripple in spacetime, showing Jupiter like never before and revealing gas and dust never seen before in spectacular spiral galaxies.

“From the first look at the data, it was already clear that this was a spectacular discovery”, explains Dominique Petit dit de la Roche, researcher at the University of Geneva, co-author of a study published today in Nature and member of the National Research Center (NCCR) PlanetS. “For the first time, carbon dioxide has been clearly detected on a planet outside the solar system.”

The discovery indicates that the Webb Space Telescope can spot key molecules like carbon dioxide in a wide variety of exoplanets, which will give scientists new insights into the composition, formation and evolution of planets across the galaxy. .

However, this puffy planet is not like Earth. WASP-39b orbits much closer to its star than Mercury does to the Sun and is about a third larger than Jupiter, according to the authors. It also heats up to about 900°C.

So why is this discovery so important?

Data showing the existence of water, along with evidence of clouds and haze, in the atmosphere of an exoplanet called WASP-96b, which orbits a Sun-like star, has been widely reported. overlooked in JWST’s July 2022 “first light” images. It was found using JWST’s Near-Infrared Imager and Slitless Spectrograph (NIRISS) instrument. This new discovery of carbon dioxide at WASP-39 is further proof that this cutting-edge scientific instrument is working perfectly.

“The detection of such a clear carbon dioxide signal on WASP-39b bodes well for detecting atmospheres on smaller Earth-sized planets as well as measuring the abundance of other gases such as water. and methane,” said Natalie Batalha of the University of California. in Santa Cruz, leader of the international research team that made the observations.

NIRISS only works when an exoplanet passes directly in front of its host star. When this happens, some of the light from the star passes through the planetary atmosphere before reaching the telescope. “The atmosphere filters out some colors of this light more efficiently than others, depending on factors such as its composition, thickness and cloud content,” said study co-author Monika Lendl, professor of astronomy at the University of Geneva and member of the PRN. PlanetS.

Researchers can then break the light down into its colors to identify the characteristic “fingerprints” of different gases and chemicals in a planet’s atmosphere, such as carbon dioxide.

Understanding the composition of a planet’s atmosphere also helps to better understand the origin of the planet and its evolution. “Carbon dioxide molecules are sensitive tracers of the history of planet formation,” said study co-author Elspeth Lee, Ambizione Fellow at the University of Bern and member of NCCR PlanetS. “The clear detection of carbon dioxide in WASP-39b gives us information about the inventory of carbon and oxygen molecules in the atmosphere.”

Webb is the most ambitious and complex space science telescope ever built, with a massive 6.5-meter primary mirror that will be able to detect faint light from distant stars and galaxies. It is designed only to detect infrared light emitted by distant stars, planets, and clouds of gas and dust.

Its initial 10-year Webb mission will study the solar system, directly image exoplanets, photograph early galaxies, and explore the mysteries of the origins of the Universe.

I wish you clear skies and big eyes.