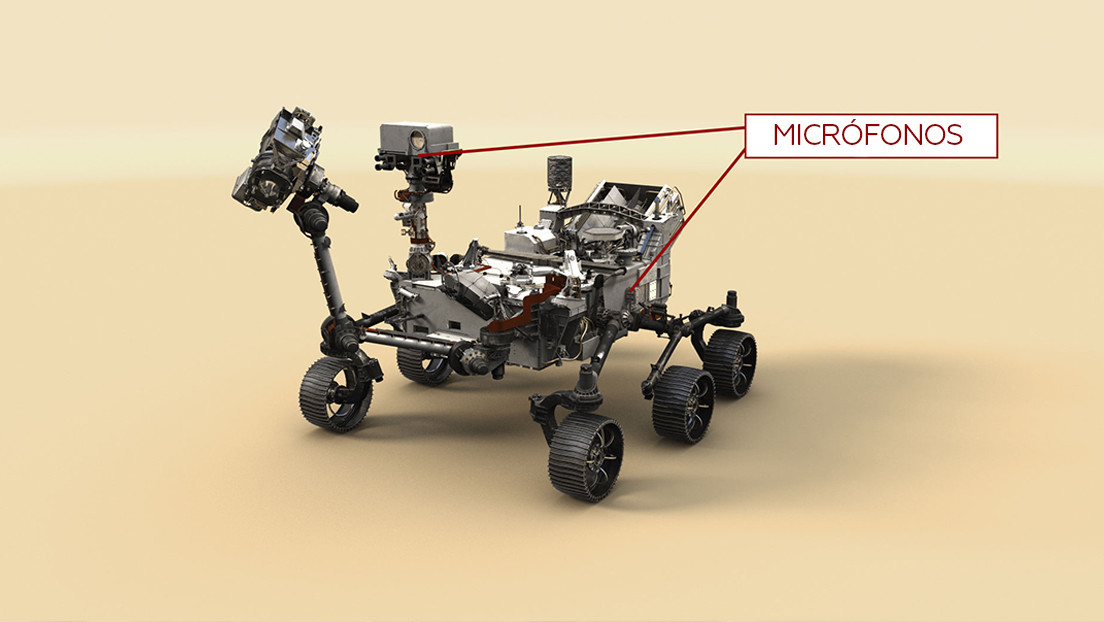 What does Mars look like? : NASA shares the sounds of the red planet captured by the Perseverance rover (VIDEO)

NASA this week shared sounds of Mars that the Perseverance rover has managed to capture from the surface of the Red Planet, where it has been exploring and working on various science missions since February.

This way, it is possible to perceive what gusts of Martian wind, sandstorms and even the wheels and engines of the space car sound as it moves. “These sounds allow scientists and engineers discover the red planet in a new way“, assures the US space agency.

The five hours of audio collected by Perseverance in nearly a year of exploration were made possible by two microphones, one located on the chassis of the vehicle and the other on the mast. It should be noted that both audio devices are publicly available business models.

Sounds can be heard from 1:30 minute.

The recordings teach scientists the Mars “changes of atmosphere”, based on the fact that sound travels through vibrations in the air, NASA explains. The boom microphone is capable of recording the sounds emitted by the SuperCam laser instrument and its position is “ideal” for monitoring “microturbulence (minimal changes in air)”.

Baptiste Chide, a planetologist who studies data from microphones, assures us that they will be “an important asset for the future science of Mars and the solar system”. He further adds that Martian sounds have “strong bass vibrations”, unlike terrestrial.

In this regard, NASA specifies that microphones are used to investigate How does the sound travel on this planet and points out that because Earth and Mars have different atmospheres, the way sound is heard is affected. Martian is much less dense and therefore high-pitched sounds in particular are difficult to hear.

If you liked it, share it with your friends!

“Partially buried skeletons” seen in a NASA photo? “It’s a…