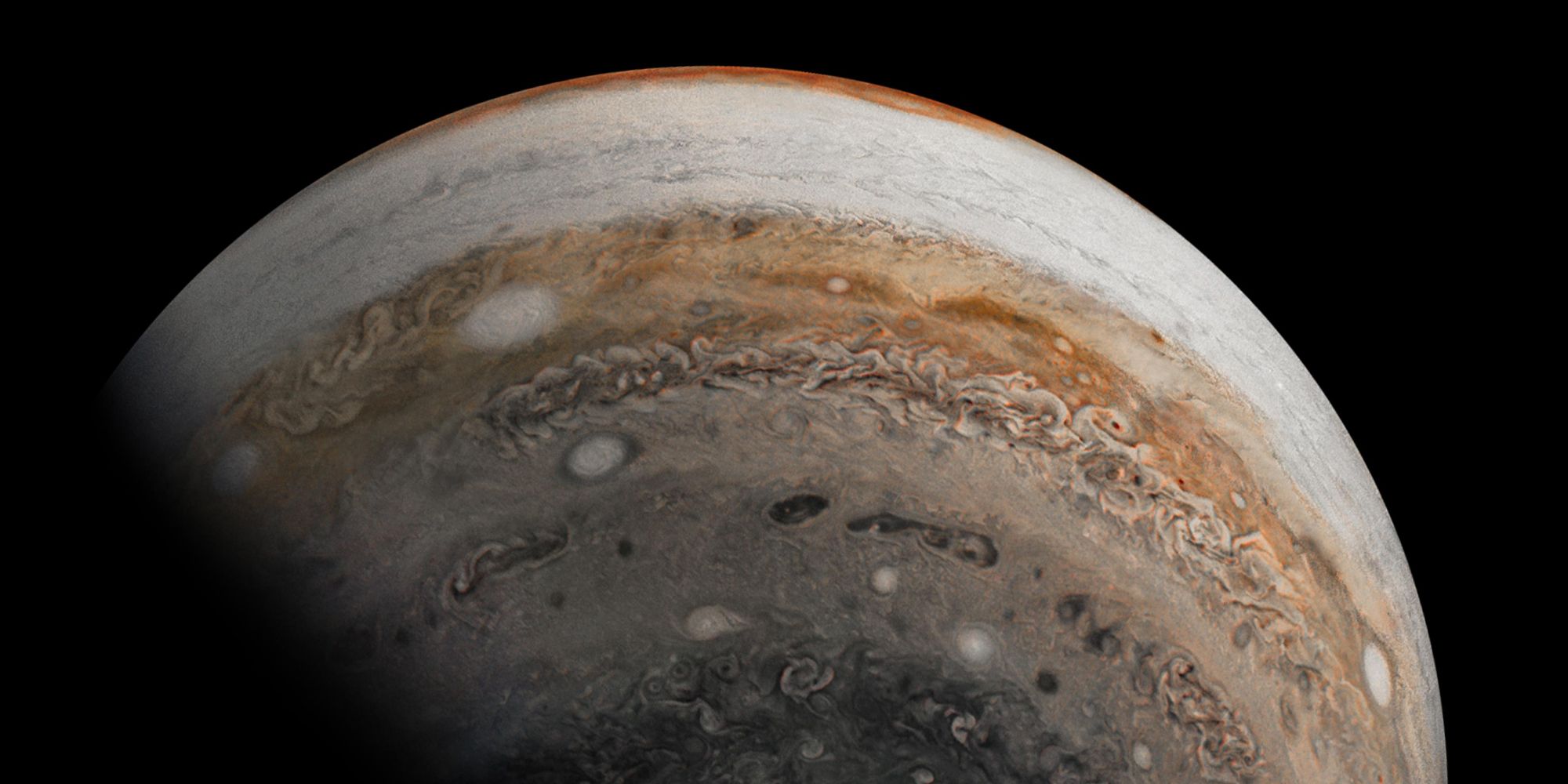 Gas giants are one of four types of planets in the universe, but they are easily among the most impressive. Here’s a look at what makes them unique.

Outer space is filled with planets of all different shapes and sizes – some of which come in the form of gas giants. When thinking of planets, it can be easy to assume that they are all the same. In some ways they are. All planets tend to have a circular shape, a gravitational center and usually have some type of atmosphere. However, how a world is structured varies from planet to planet.

As it stands, NASA designates the planets it finds into one of four distinct categories: terrestrial, super-earth, Neptune-like, and gas giant. Terrestrial planets are rocky worlds beyond our solar system, often composed mostly of rock or iron. Super-Earth and Neptune type planets are self-explanatory. The former represents planets larger than Earth, while the latter is a gaseous planet similar in size to Neptune. But what about gas giants? What makes these planets unique compared to other categories?

Related: We May Soon Find Out Why Jupiter’s Great Red Spot Is Shrinking

Gas giant planets are exactly what their name implies – large planets composed almost entirely of gas. Gas giants are usually made of helium and hydrogen. They also don’t have a solid surface like you find on Earth and Mars. If anyone visited a gas giant planet, they would be surrounded only by swirling clouds of gas. And, of course, the gas giants are big. They can be similar in size to Jupiter or even larger. In NASA’s own words, “Gas giant exoplanets may be much larger than Jupiter and much closer to their stars than anything found in our solar system.”

There are many examples of gas giants in our own solar system, including Jupiter, Saturn, Uranus, and Neptune. All planets are quite large, but even gas giants can vary greatly in size. Neptune, for example, has a radius of 15,299 miles. It is substantially larger than the 3,958 mile radius of Earth, but many smaller than Jupiter’s 43,441 mile radii. Jupiter also has a mass two and a half times greater than all the other planets in the solar system combined. Add that and its radius, and Jupiter is the perfect embodiment of what a gas giant should look like.

Beyond the solar system, however, gas giants can become even larger than Jupiter. One of the most famous gas giants outside the solar system is 51 Pegasi b. Discovered in 1995, 51 Pegasus has about half the mass of Jupiter while having a radius 1.27 times its size. It sits about 50 light-years from Earth, orbits a yellow dwarf star, and has a stunning orange color. Even more impressive is a gas giant known as HD 100546 b. Located 358 light years from Earth, HD 100546 b is incredibly large. It has a mass 752 times greater than Jupiter and a radius 6.9 times greater. It is one of the largest gas giants ever discovered and proves just how huge these planets are. Other interesting gas giants are KELT-9b and Kepler-7b. KELT-9b is best known for its extremely hot temperatures capable of melting molecules on the planet. Kepler-7b has a bizarre composition that makes its density very similar to polystyrene foam.

And that’s the elevator pitch for the gas giants! They are large, dense, gaseous planets, often among the most impressive in the universe. There will never come a day when humans will be able to explore or live on a gas giant (at least not any time soon), but studying them from afar has always provided astronomers with enormous knowledge about them and the galaxy. Whether Jupiter, HD 100546 b or any of the other gas giants there, they are prime examples of the diversity and uniqueness of outer space.

This Big Box Retailer Is Preparing For The Metaverse

Joe has been actively writing and speaking about consumer technology since 2012. His biggest passion is smartphones, but he’s happy to talk to you about just about anything with a processor. He lives in Kalamazoo, Michigan with his wife, two cats, and a pit bull/boxer mix.