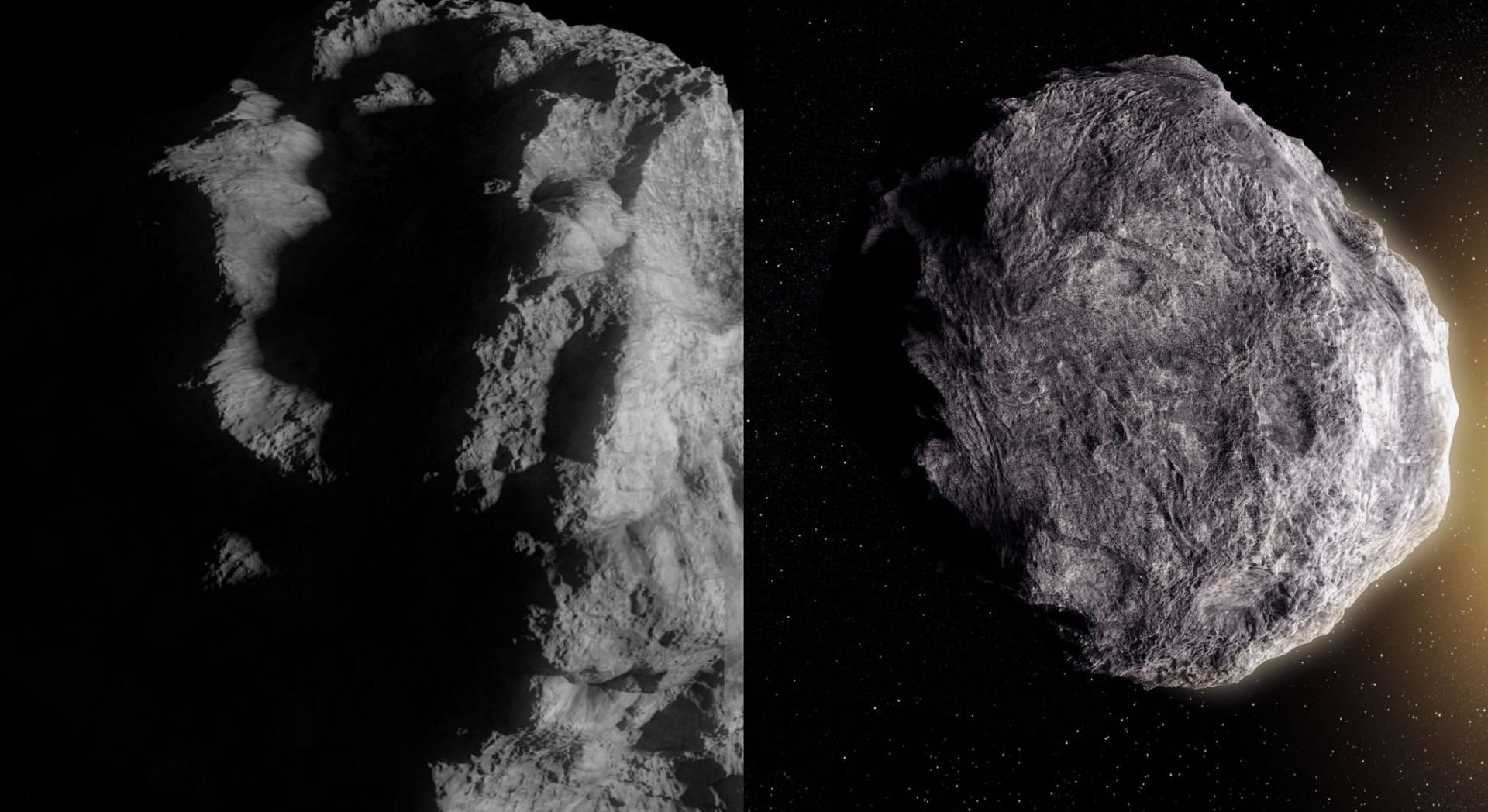 A asteroid named 2022 AP7 would be heading towards Earth and has been dubbed the largest planet-killer sized asteroid discovered in eight years.

According to The Astronomical Journal, a group of astronomers using the Dark Energy Camera (DECam) at the Cerro Tololo Inter-American Observatory in Chile recently spotted three Near-Earth Asteroids (NEAs) hiding in the sun’s glare.

Astronomers have found three near-Earth asteroids lurking undetected in the Sun’s glow. One of them, called 2022 AP7, is 1.5 km wide and could pass close to Earth in the future. It is the largest potentially dangerous object discovered in the last 8 years.

Astronomers have found three near-Earth asteroids lurking undetected in the Sun’s glow. One of them, called 2022 AP7, is 1.5 km wide and could pass close to Earth in the future. It is the largest potentially dangerous object discovered in the last 8 years. https://t.co/zDeNJgHM46

Astronomer Scott Sheppard and his colleagues at the Carnegie Institution for Science in Washington said that 2022AP7 could be considered potentially dangerous:

“Any asteroid larger than a kilometer is considered a planet killer.”

They also noted that the impact of such an element could be devastating for planet Earth:

“The Earth’s surface would likely cool significantly if sunlight did not reach the planet. It would be a mass extinction event the likes of which have not been seen on Earth in millions of years.

He told The New York Times that if 2022 AP7 hits Earth, it could cause destruction all over the world:

“Over time, it will get brighter and brighter in the sky as it begins to intersect Earth’s orbit closer and closer to where Earth actually is…this is what we call a planet killer. If this one hit the Earth, it would cause planetary destruction. It would be very bad for life as we know it.

However, Sheppard also confirmed that 2022AP7 “has no chance of hitting Earth at this time” and will only cross the planet’s orbit in the later future:

“It will be centuries in the future and we don’t know the orbit of 2022 AP7 precise enough to say much about its dangers centuries from now.”

Jay Tate, director of the National Near Earth Objects Information Center in Mid Wales, also echoed a similar statement when speaking to the Guardian about 2022 AP7:

“At the moment, anyway, the probability of impact is quite low. I wouldn’t say negligible, but quite low.

Planetary scientist Tracy Becker told The Times that an incident that could wipe out the planet in the “foreseeable future” has an “extremely low probability”.

2022 AP7 crosses Earth’s orbit, making it a potentially dangerous asteroid, BUT it does not currently or at any time in the future have a trajectory that would cause it to collide with Earth. 1/

“New Potentially Hazardous Asteroid Discovered” 2022 AP7 crosses Earth’s orbit, making it a potentially hazardous asteroid, BUT it does not currently or at any time in the future have a trajectory that would cause it to collide with Earth. Earth. 1/

The AP7 2022 has a diameter of approximately 1.1 km to 2.3 km. It is now considered the largest PHA discovered since 2014 and the top 5% largest ever discovered in history.

According to Noir Lab, 2022 AP7 is the closest asteroid to the sun and its surface would be hot enough to melt lead. CBS noted that it also has an orbital path that could force the element into contact with Earth one day.

All about the asteroid belt

Asteroids can be defined as minor planet present in our solar system. They are often rocky, airless bodies left over when the solar system was formed nearly 4.6 billion years ago.

Meanwhile, an asteroid belt is a space where most of the asteroids in the solar system are in orbit around the sun. The belt would be located between the orbits of Mars and Jupiter and would contain millions of these bodies.

According to Cool Cosmos, astronomers are of the opinion that the belt was either created by material that never became a planet or was made up of the remains of a planet that broke up several years ago. The belt asteroids come in different sizes.

According Nasa, some are very small, measuring less than a mile, and have bodies that measure less than 33 feet (10 meters). Meanwhile, others are significantly larger. The largest, named Ceres, is a dwarf planet and is about a quarter the size of Earth’s moon. The current number of minor planets would be 1,113,527.

Amid the looming threat of 2022 AP7, NASA recently introduced the DART test.

The test is a demonstration of planetary defense technology. He can intentionally collide a spaceship with any possible planet killer and deviate its course to prevent it from making contact with Earth.