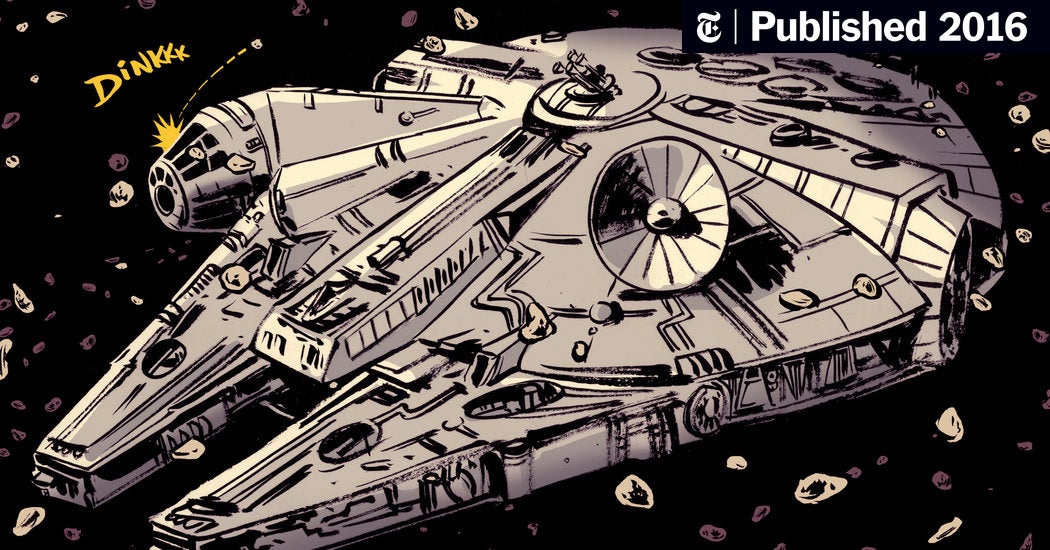 You could actually make your way through an asteroid belt

False idea: In an asteroid belt, spaceships must dodge an oncoming rock shootout.

Really: If you were in the middle of an asteroid belt, you probably wouldn’t see any asteroids at all.

A popular early game in video games was Atari Asteroids. You would maneuver and spin a tiny triangular spaceship, blasting space rocks into pieces until one of the asteroids inevitably smashes you into line segments. (Magically, the asteroids passed each other unscathed.)

In space, it seemed, there was a constant need to avoid destruction. This was true in the movie “Green Lantern” in 2011 and perhaps most memorable in “Star Wars: The Empire Strikes Back”.

With the hyperdrive of the Millennium Falcon down and Imperial TIE fighters and star cruisers in pursuit, Han Solo steers his spaceship through a thicket of asteroids.

“They would be crazy to follow us, wouldn’t they?” Han Solo responds.

C3PO, the fussbudget android, helpfully informs Han, “Sir, the chance of successfully navigating an asteroid field is about 3,720 to 1.” (Statistics educators point out that C3PO should have said “about one in 3,720.”)

“Never tell me the odds,” Han says as the Millennium Falcon swerves past giant boulders left and right, up and down. One of the TIE fighters does kaboom, then another.

Sure, that asteroid field was in a galaxy far, far away, but it was still silly. Asteroids – small pieces of rock that never merged into a planet – wouldn’t be so close to each other for one simple reason: if they were big enough and close enough to pose a danger to a spaceship, they would also collide with each other. , themselves reduced to small pieces.

This bad science inspired JL Galache, an astronomer at the International Astronomical Union’s Minor Planet Center in Cambridge, Massachusetts, to determine the likelihood of a spacecraft being hit by an asteroid. In our solar system, most asteroids, perhaps a billion of them 100 meters or more, lie in a circular belt between the orbits of Mars and Jupiter.

NASA takes advantage of this happy circumstance every time it sends a spacecraft into the Outer Solar System.

Over the course of nine missions – most recently NASA’s Juno mission en route to Jupiter, nothing significant has ever collided with a spacecraft. Of course, there is never anyone seated in this spaceship; the people looking for trouble are back on Earth.

S. Alan Stern, principal investigator of the New Horizons to Pluto mission wrote that when his spacecraft crossed the asteroid belt in 2006, the risk of collision was “almost negligible – well less than one in a billion” .

In other words, one could doze off while flying over the asteroid belt. But that would make boring movies and easy video games.

Will Dawn visit a third object in the asteroid belt?