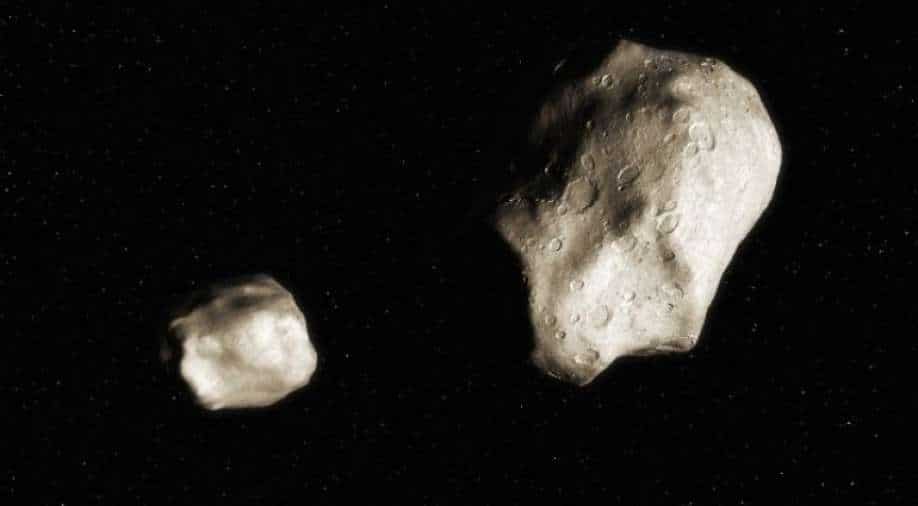 Astronomers have spotted the youngest pair of asteroids ever discovered in the solar system.

Separated from their parental body barely 300 years ago, they possess properties that are difficult to explain due to their young age.

Nicholas Moskovitz of the Lowell Observatory said: “The bodies today show no signs of cometary activity. So it remains a mystery how these objects could have gone from a single parent body, to individually active objects, to the inactive pair we see today in just 300 years.

The results of the study have been published in the Monthly Notices of the Royal Astronomical Society.

According to Petr Fatka of the Astronomical Institute of the Czech Academy of Sciences, “Thanks to measurements made with the Lowell Discovery Telescope (LDT) in northern Arizona, it is clear that 2019 PR2 and 2019 QR6 come from the same object. parent and their high orbital similarity is no coincidence.

While the largest asteroid is about a kilometer in diameter and the other half that size, they have been found to have very similar orbits around the Sun.

The majority of asteroids in our solar system reside in the area between the orbits of Mars and Jupiter, known as the main asteroid belt.

Closer to home, scientists have identified other asteroids known as near-Earth asteroids (NEAs), whose orbits bring them close to Earth.

“It’s very exciting to find such a young pair of asteroids that formed only about 300 years ago, which was like this morning, not even yesterday, on astronomical timescales,” Fatka says.

She explains: “To get a better idea of ​​the process that caused the disruption of the parent body, we have to wait until 2033, when both objects will again be within reach of our telescopes.