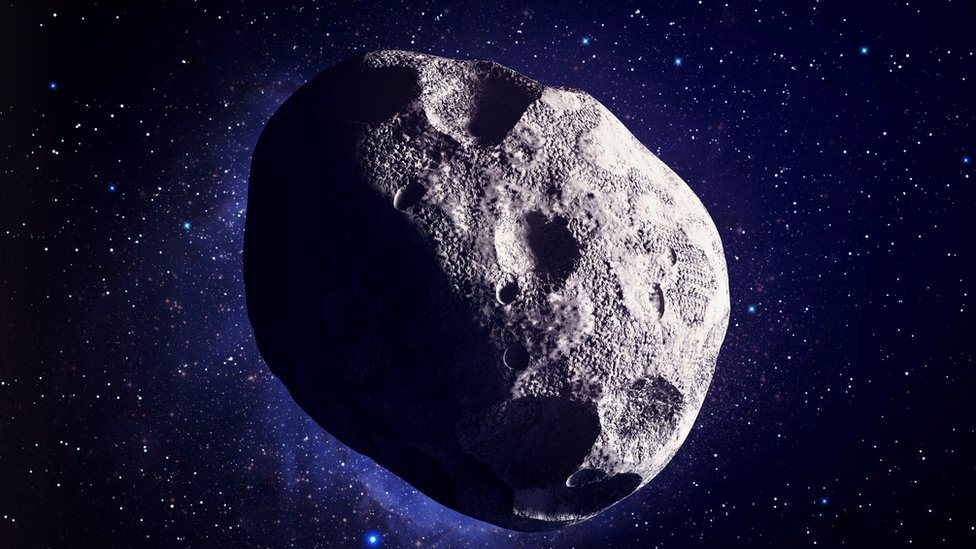 Asteroids are small rocky objects that orbit the Sun

The youngest known pair of asteroids in the solar system have been identified by astronomers.

The baby asteroids are believed to be 300 years old, ten times younger than previous recorder holders.

This is exciting news for astronomy because asteroids pass very close to Earth’s orbit and they have properties that are difficult to explain given their young age.

First spotted in 2019 by powerful telescopes, the two asteroids were found to have very similar orbits around the sun.

The larger of the two is one kilometer in diameter and the other half that size.

Although they separated from the same single parent asteroid, they are currently a million kilometers apart.

The majority of asteroids in the solar system are found in an area between the orbits of Mars and Jupiter called the asteroid belt.

However, these asteroids are called near-Earth asteroids because, as the name suggests, their orbits bring them closer to Earth.

Petr Fatka, from the Astronomical Institute of the Czech Academy of Sciences, led the study and describes the discovery as very significant.

“It’s very exciting to find such a young pair of asteroids that formed only about 300 years ago, which was like this morning – not even yesterday – on astronomical time scales,” he said. -he declares.

The question astronomers can’t answer is how baby asteroids formed.

To fully answer this question will require many more observations. However, that will have to wait more than a decade.

“To get a better idea of ​​the process that caused the disruption of the parent body, we have to wait until 2033, when both objects will be within reach of our telescopes again,” Fatka explained.